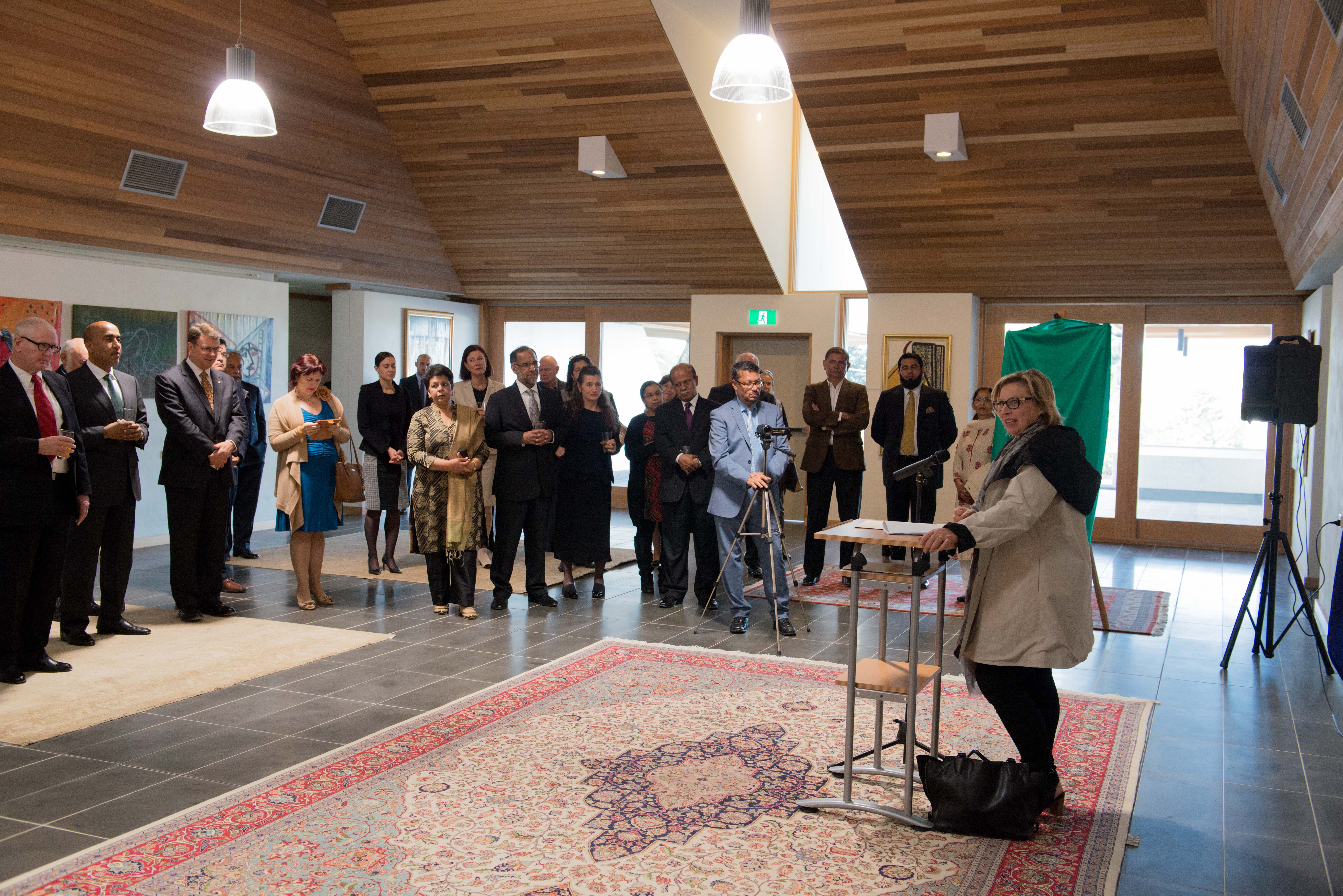 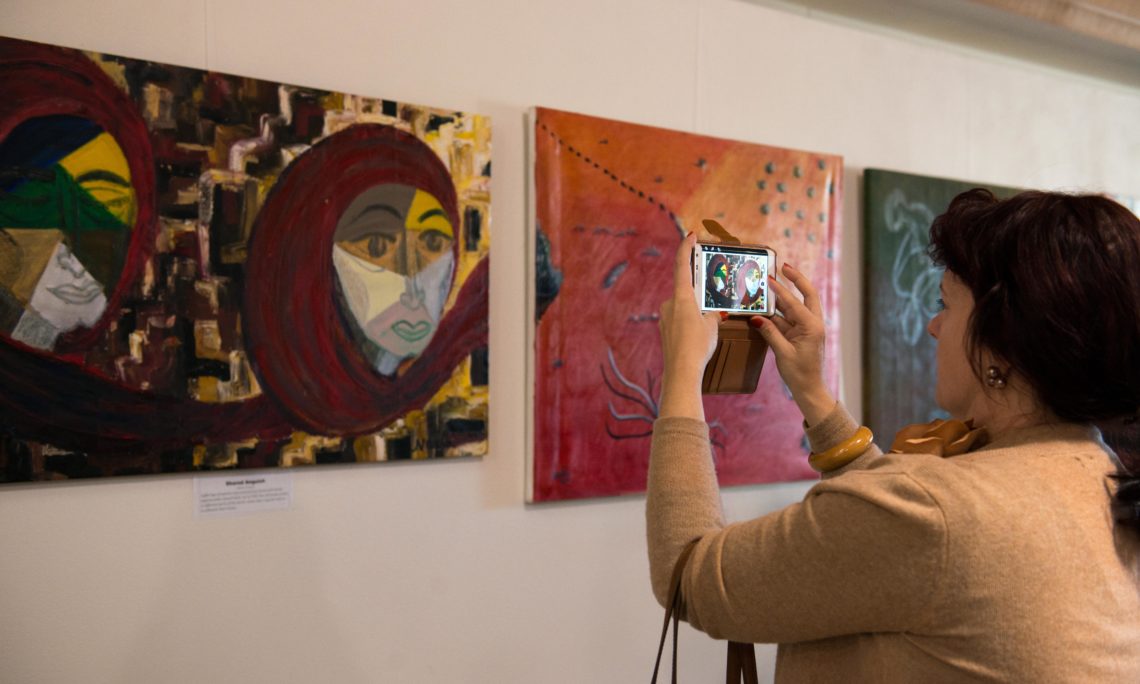 I have taken the White Ribbon oath, affirming that I will stand up, speak out and act to prevent men’s violence against women. So I was pleased to join ‪#‎Canberra’s diplomatic community and the inimitable Rosie Batty at an art auction hosted last week by the High Commissioner of ‪#‎Pakistan, Naela Chohan. High Commissioner Chohan is a woman of many talents – she is not only a diplomat, but also a remarkable artist!

She unveiled her original painting “Arise, Woman,” which she was inspired to create to raise awareness and spark continued conversation on this important issue.

Working together and speaking out, all of us – men and women from all nations — can stop the terrible impact of domestic violence in our communities.

The United States champions human rights, dignity, and freedom for all.