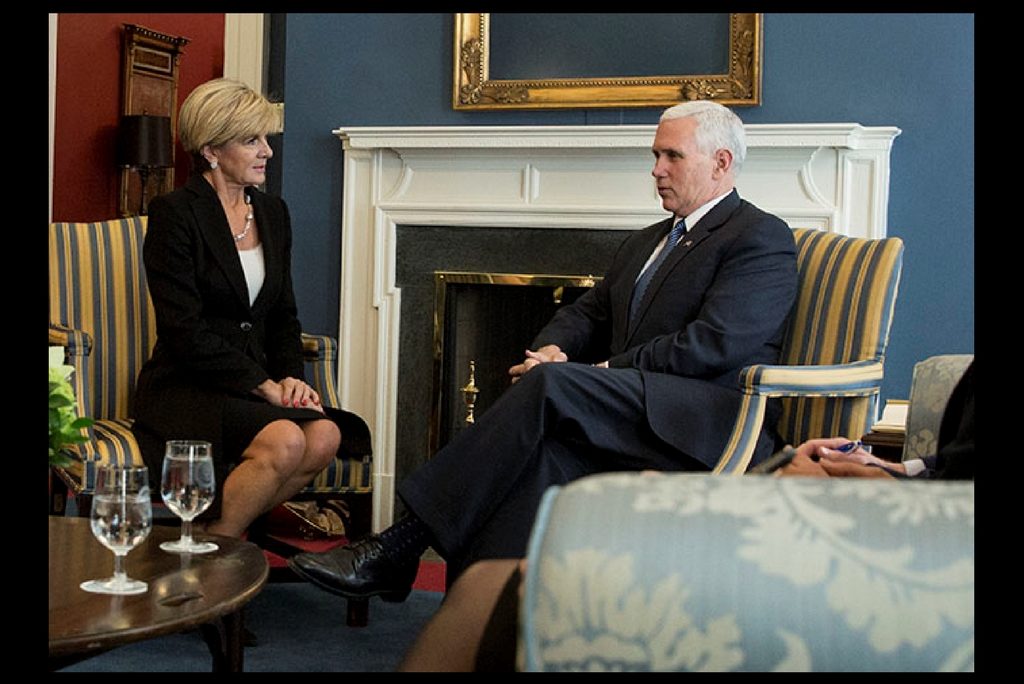 The two reaffirmed the strong alliance between the United States and Australia and committed to maintaining the close ties of friendship between our two countries. The Vice President thanked the Foreign Minister for Australia’s multifaceted partnership with the United States around the globe.

The Vice President and Foreign Minister exchanged views on shared concerns, including growing threats to peace and security from North Korea and ISIS.