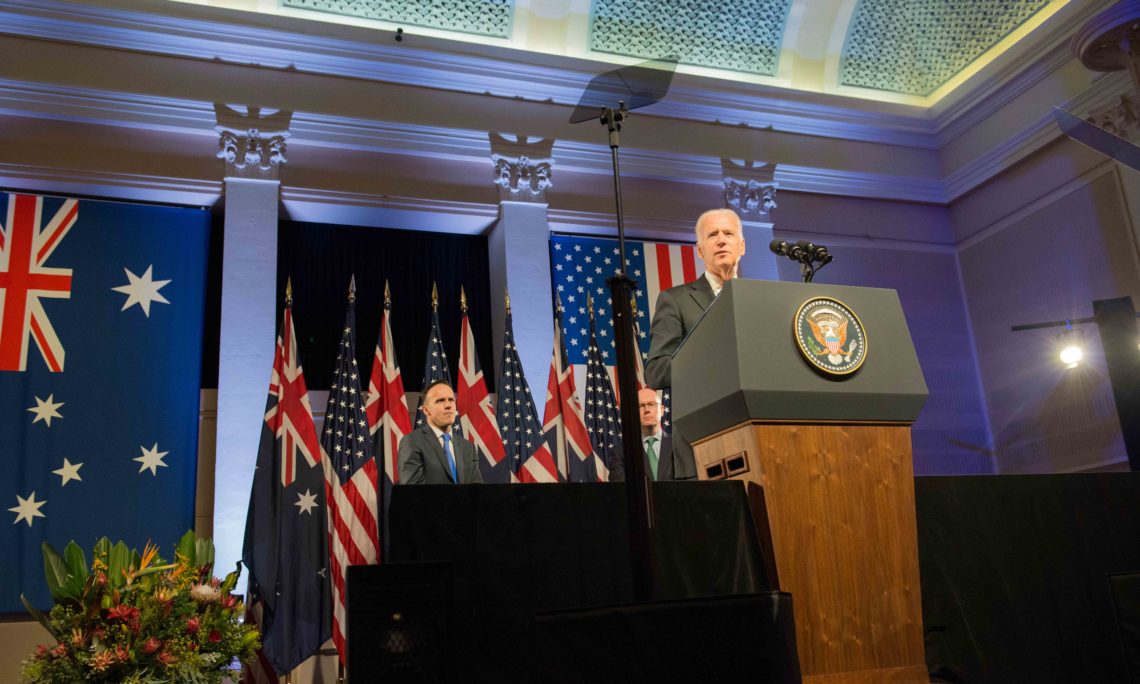 “In December 1941, besieged by war, facing an advancing enemy, Prime Minister John Curtain issued the now-famous message to the Australian people, a message that declared an intention to close the distance between our two nations and bridge the wide Pacific.

He said: Without inhibitions of any kind … Australia looks to America.

Australia looked to America, and a generation of Americans — including two of my uncles responded. Both in New Guinea — one killed and one went home badly injured.

Australia opened her hearth and her heart to the 1st Marine Division after Guadalcanal, including Ambassador Berry’s 19-year-old father. And they found rest and embrace in Australia, camping on the Melbourne Cricket Grounds. I read when I spoke to this veterans’ group, I read some of the letters that were written. One of the letters from a Marine who made it off of Guadalcanal onto that field for rest said the thing he looked forward to the most and he appreciated the most was the “love and the embrace” of the Australian people. Not words often used by U.S. Marines.”