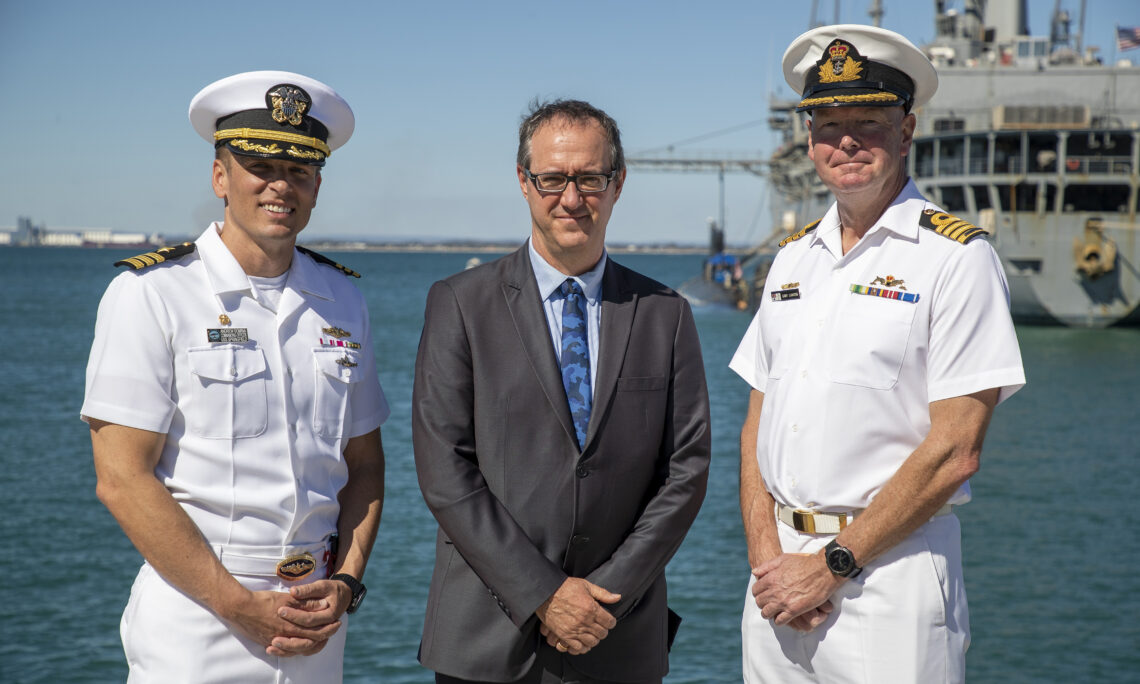 The United States Navy submarine USS Springfield (SSN 761) has arrived in the Western Australian capital of Perth for a scheduled port visit.

The Los Angeles-class fast-attack submarine docked at HMAS Stirling Naval Base near Rockingham. Springfield is forward-deployed to the Pacific island of Guam and routinely operates in the Indo-Pacific, conducting maritime security operations and supporting national security interests.

“It is fantastic to be in Perth, alongside our Australian allies and friends. Together, our nations are helping to ensure a free, open, resilient and prosperous Indo-Pacific.”

“It is great to see USS Springfield in Western Australia, it has been over two years since a USN Submarine has visited Australia. This visit reflects our ongoing commitment and alliance and is a clear demonstration of the strong bilateral ties between our two navies that go back more than a century.

“I concur with Commanding Officer Commander Andy Domina’s sentiments, we look forward to continuing our relationship with the U.S. over the coming decades as we work together in the pursuit of a secure, stable and prosperous region,” said VADM Michael Noonan.

Cmdr. Domina said Springfield’s 140 crew members were delighted to be in WA and to enjoy local attractions and hospitality. Many of the sailors are visiting Australia for the first time.

“Our defense cooperation is extraordinarily close, and is underpinned by shared democratic values, international norms and a history of more than a century,” Consul General Gainer said.

“Australia has no closer friend than the U.S. and I’m especially heartened to see the people-to-people connections.”

A number of crew members are volunteering in the WA community during the submarine’s visit.

It is the second U.S. Navy visit to WA in as many weeks.