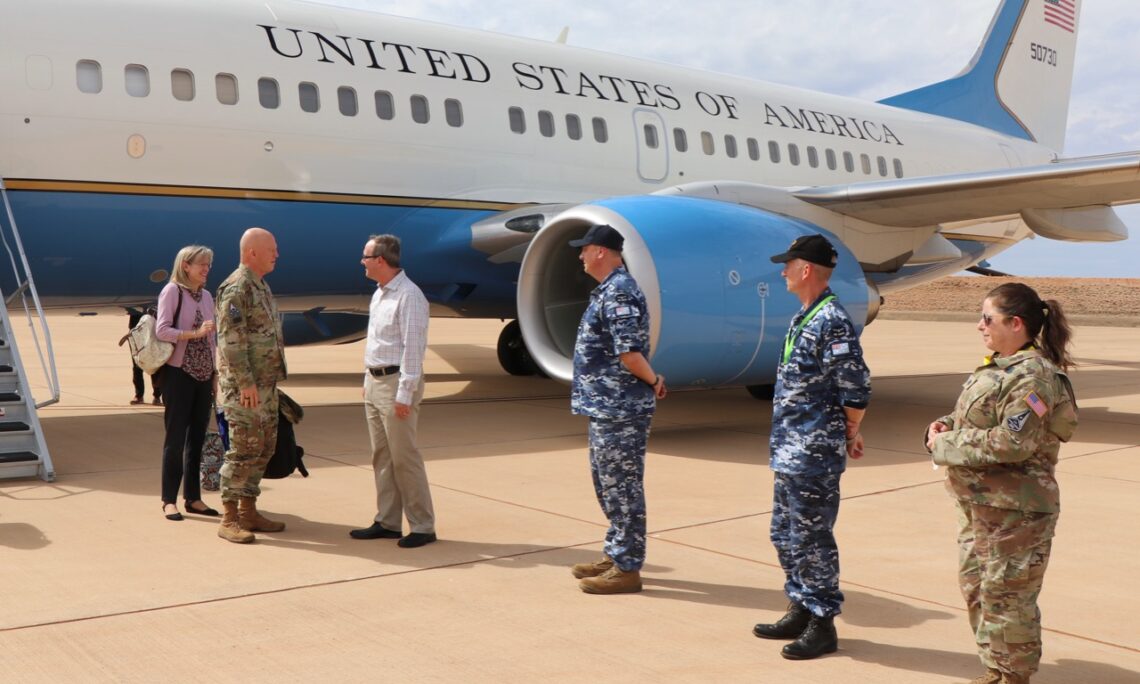 The head of the United States Space Force (USSF) has visited the Western Australian town of Exmouth to see U.S.-Australia space cooperation firsthand.

General Raymond also visited Harold E. Holt Naval Communication Station to learn more about the U.S.-developed Space Surveillance Telescope along with the C-Band Radar, which is operated by Raytheon Australia.

It is the most senior visit by the USSF to Western Australia since the force was established in December 2019.

“The U.S. and Australia have cooperated on space exploration and research for more than 60 years. Together we are ensuring a safe and secure domain for all,” Gen. Raymond said.

“Space is essential to our security and prosperity and the world-class facilities at Exmouth provide valuable and unique space surveillance.”

Gen. Raymond was accompanied on the visit by U.S. Consul General David Gainer.

“The United States continues to be impressed by Western Australia’s space capabilities, including our multiple partnerships in Exmouth where Americans and Australians work side by side to benefit our people and our region,” Consul General Gainer said.

Gen. Raymond and Consul General Gainer also met with the Shire of Exmouth and expressed their gratitude for the town’s warm hospitality.

Gen. Raymond has served as the first Chief of Space Operations since the force’s inception. The USSF organizes, trains, and equips space forces in order to protect U.S. and allied interests in space.