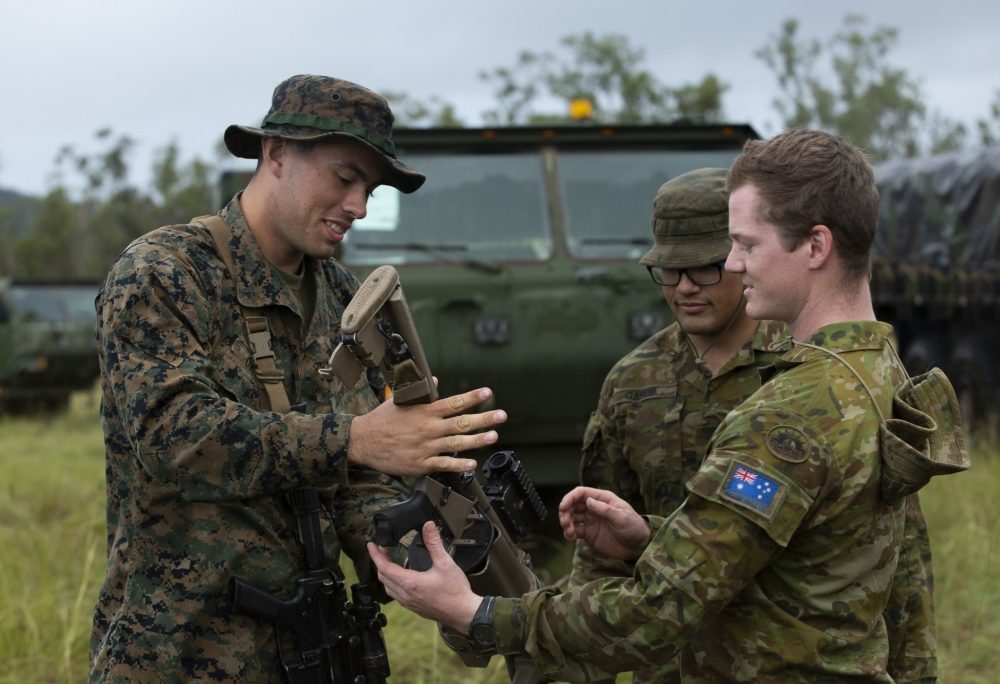 Australians and Americans have fought side by side in every major U.S. military conflict of the past century, including World Wars I & II, Korea, Vietnam, Afghanistan, Iraq, and in present-day operations against violent extremist organizations like Al Qaida, the Islamic State, and their global affiliates.  This close partnership was first formalized with the Australia, New Zealand, United States (ANZUS) Security Treaty of 1951.  More than 65 years later, the Treaty remains the foundation of our security relationship with Australia.

Australia’s 2016 Defense White Paper supports a robust U.S. presence in the Indo-Pacific, the provision of U.S. extended deterrence, as well as plans to make the Australian Defense Force more capable of independent operations.  Australia spent 1.9 percent of its GDP on defense in FY 2018 and is on track to meet its goal of spending two percent of GDP by 2021.

Australia is one of America’s largest defense customers, supporting thousands of jobs in the United States and maximizing our joint defense capability.  Approximately 60 percent of Australia’s 10-year $145 billion defense acquisition and modernization budget is sourced from the United States through the Foreign Military Sales (FMS), Direct Commercial Sales (DCS), and International Cooperative Programs, like the P-8 Poseidon.

Between January 1, 2014 and September 30, 2019, the Directorate of Defense Trade Controls (DDTC) approved 7,478 Direct Commercial Sales (DCS) licenses for the permanent export of U.S. Munitions List (USML) defense articles to Australia, with a value of $5.6 billion.  The top USML categories for sales were electronics ($1.6 billion); aircraft ($831 million); ammunition ($595 million); fire control, laser, and imaging ($478 million); and gas turbine engines and related equipment ($416 million).  Australia is also one of two countries that have a Defense Trade Cooperation Treaty with United States that permits the license-free export of certain defense articles between the countries in support of combined military operations, cooperative defense research, and other projects for government end-use.

The United States and Australia cooperate closely to advance the stability, security, and prosperity of all states in the Indo-Pacific region.  We are working together to maintain pressure on the DPRK, strengthen regional information sharing and maritime security, counter terrorism and transnational crime, and provide humanitarian assistance and disaster response.

Since 2012, more than 6,800 US Marines have served in Darwin to train alongside the Australian Defense Force.  The rotational force reached its full complement of 2,500 Marines for the first time by July 2019.