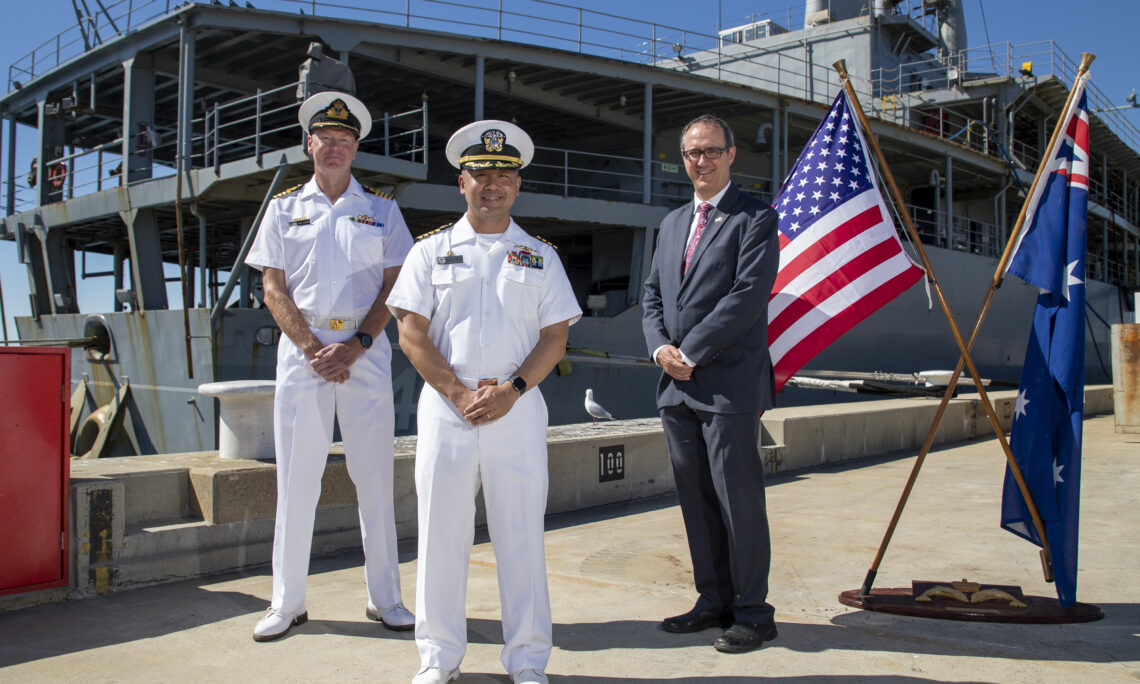 A United States Navy ship and its 350-person crew has arrived in Perth, Western Australia for a scheduled port visit.

The submarine tender USS Frank Cable (AS 40) is visiting HMAS Stirling Naval Base near Rockingham as part of routine operations in the Indo-Pacific region.

“The United States and Australian alliance is active every day around the world, including here in Western Australia,” Consul General Gainer said.

“Perth is uniquely located in the Indo-Pacific and together, our navies are helping to ensure a free, open, resilient and prosperous region.”

The Royal Australian Navy’s HMAS Stirling, Commanding Officer, Captain Gary Lawton said the visit was an example of the ongoing cooperation and camaraderie between the U.S. and Australian navies.

“It is a pleasure to host our close friends and allies at HMAS Stirling. Today’s arrival allows us to further strengthen the personal and professional bonds between our two Navies,” Capt Lawton said.

“We look forward to engaging with members of the local community and with our Royal Australian Navy counterparts to reinforce the strong friendship between our countries.”

A number of crewmembers are also volunteering in the community during their time in WA. The visit follows previous port calls in Brisbane and Sydney.

It is the first major U.S. Navy visit to WA since the USS Texas in January 2020.