Today in Canberra, Australia, Chargé d’Affaires Michael Goldman returned a 500-year old stolen Indian statue to Indian High Commissioner Manpreet Vohra.  U.S. Department of Homeland Security and Indian law enforcement agents worked together to recover the statue, which had been looted from a temple in Southern India, sold to Christie’s Auction House in New York, and acquired by a buyer in Australia.  Christie’s Auction House and the buyer in Australia were originally unaware of the statue’s stolen origins, but after being alerted by law enforcement agents, cooperated fully with the U.S.-India law enforcement investigation to recover the stolen artifact.

In remarks during the handover ceremony, Chargé d’Affaires Goldman said, “the recovery of this statue represents the breadth and depth of the U.S.-India law enforcement partnership,” adding that “the successful investigation shows the importance the United States places on preserving and protecting cultural heritage.”  The Chargé d’Affaires expressed his appreciation to the U.S. Department of Homeland Security and Indian law enforcement agents for their recovery of the looted statue and cooperation to fight illegal trade in cultural artifacts. 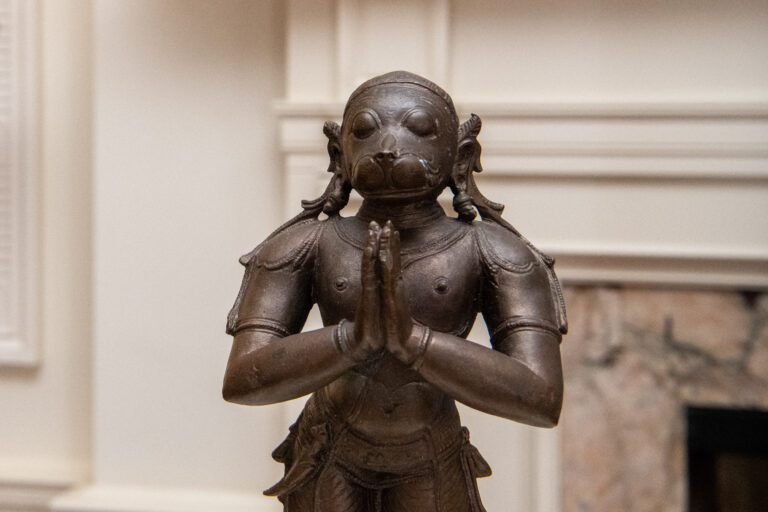 The statue represents Hanuman, a beloved monkey deity renowned for his courage, power, and faithful, selfless service.  After being returned to the Indian High Commission, the statue of Hanuman will be repatriated to India.