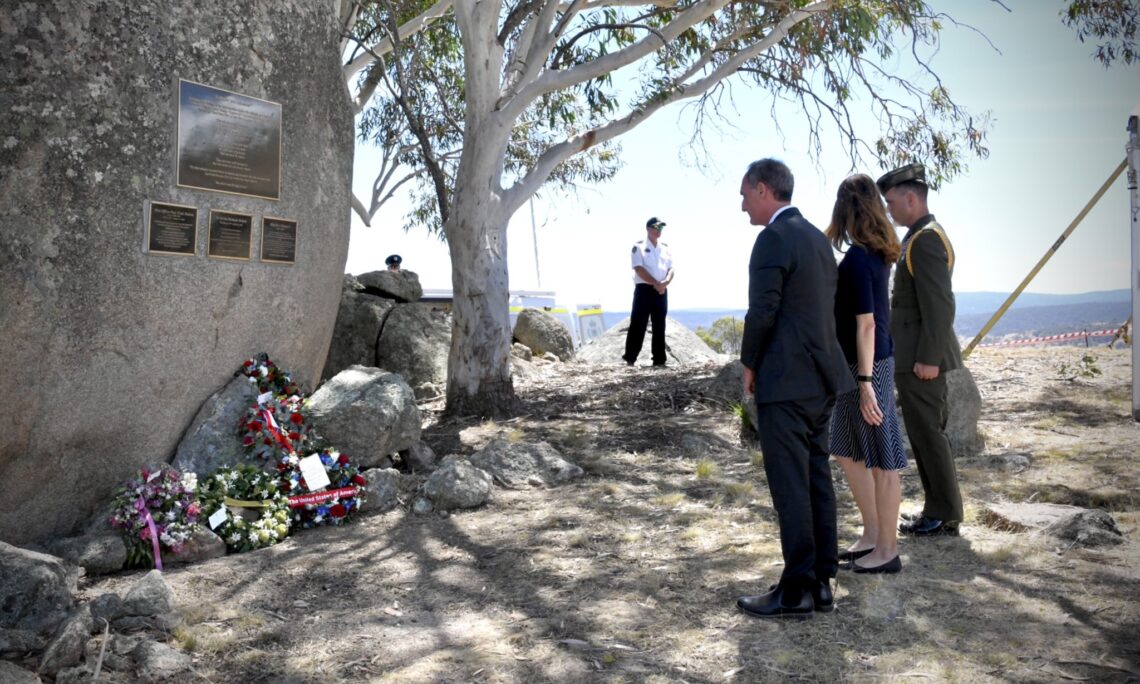 Chargé d’Affaires Goldman laid a wreath at the memorial site in remembrance of the three Americans and all those who lost their lives during last year’s devastating bushfires.