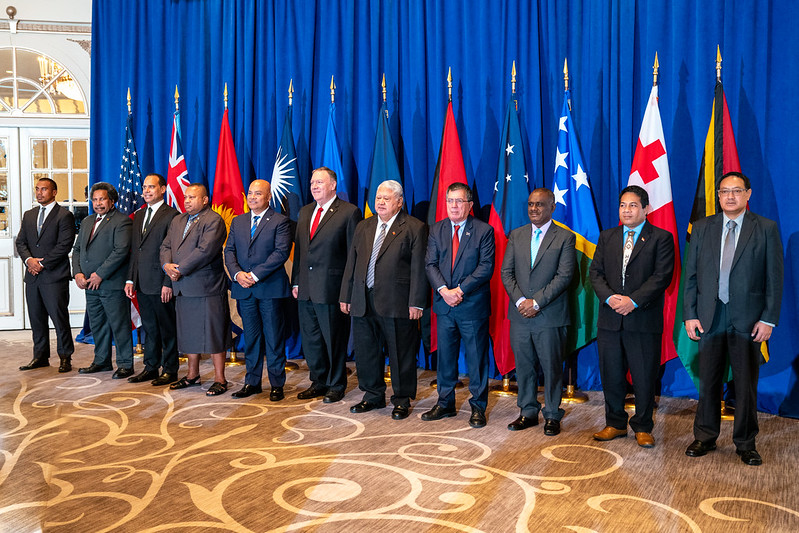 U.S. Department of State – Office of the Spokesperson

On September 27, Secretary of State Mike Pompeo announced $65 million in new assistance at a meeting with Pacific Island leaders in New York on the margins of the UN General Assembly.  This new assistance is in addition to $36.5 million announced at the 50th Pacific Islands Forum in August, as well as approximately $350 million that U.S. agencies invest annually in projects, assistance, and operations to build a more prosperous future for the people of the region.

Under the Pacific Pledge of the Indo-Pacific Strategy, the U.S. Government is committing over $100 million in new U.S. assistance to the region.   As part of the Pacific Pledge, USAID plans to provide over $63 million in new programs over the next year, more than doubling development assistance given over previous years.  In addition, USAID will expand its staff presence in Fiji, Papua New Guinea, the Federated States of Micronesia, the Republic of the Marshall Islands, and Palau.

This new assistance announced by Secretary Pompeo in New York on September 27 includes:

Under the Trump Administration, the United States has increased engagement with Pacific Island nations to unprecedented levels, including:

The United States has and will continue to partner with the Pacific Islands to tackle global and regional challenges, including promoting regional security and stability, advancing sustainable growth, addressing environmental challenges, responding to natural disasters, and strengthening our people-to-people ties.