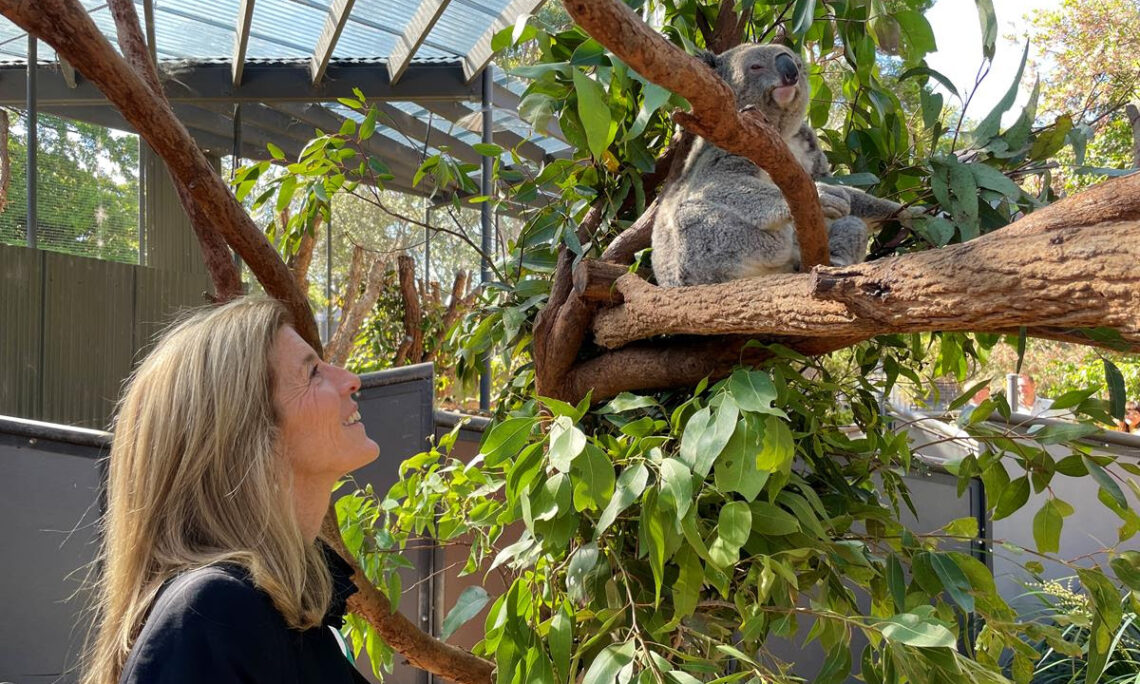 Ambassador Caroline Kennedy visited Sydney this week for engagements on investment, innovation, the environment, our security relationship, and a very important one-on-one meeting with Stormi with Koala.

At Manly Beach, Ambassador Kennedy met with 2021 The Earthshot Prize finalists, Living Seawalls. Living Seawalls improves the ecological sustainability of foreshore developments such as harbors and ocean pools by installing panels that bring life and habitat back to foreshore areas. The Earthshot Prize, launched by Prince William and David Attenborough, awards funding to environmentalists around the world and takes its inspiration from President John F. Kennedy’s Moonshot speech.

Ambassador Kennedy continued the conservation theme with her first visit to Taronga Zoo and Taronga Conservation Society Australia, saying “Taronga Zoo is phenomenal and their conservation work is so critically important.”

The U.S. Navy Ship Mary Sears pulled into Garden Island this week and welcomed Ambassador Kennedy on board. The Oceanography Survey Ship is one of a fleet of six that work globally as part of the U.S. Navy’s Oceanography Command, providing all the environmental information the Navy need to conduct its work in keeping the region safe.

This is the first visit to Australia by one of these highly capably science vessels since 2011. USNS Mary Sears is named after Commander Mary Sears, who pioneered oceanography research during World War II.

At the 2022 AmCham Alliance Awards, Ambassador Kennedy presented the inaugural Ambassador’s Award to David Parkin, Managing Director of Luggarrah. The business was established in 2018 out of a commitment to helping Indigenous students build careers in digital technology.