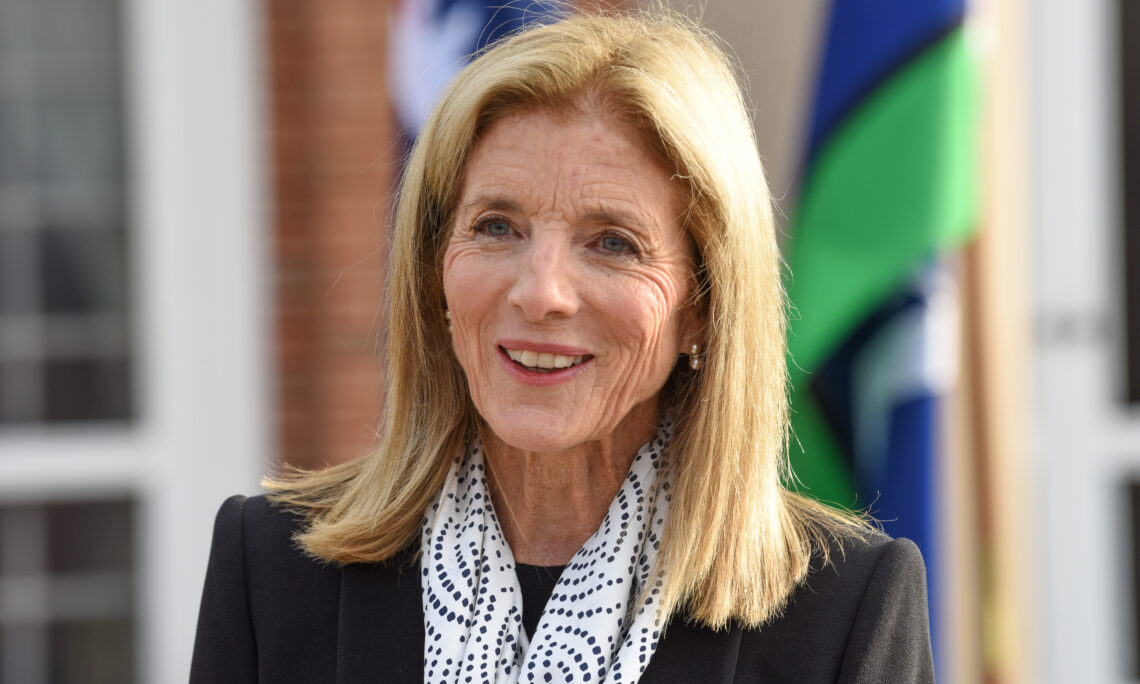 My remarks are really addressed to all of you, I want to thank you so much for coming today and welcoming me and all of us to country. It’s really an honor to be on Ngunnawal land and have the privilege of working and living here for the next few years.

I want to thank Auntie Lilly, Aunty Loretta and Brad and Shane and the other members of your families who are here to celebrate and conduct this ceremony and the ceremony we attended earlier today at the Governor General’s residence. Now this is really one of the most important days of my life to become officially the United States Ambassador to Australia and to be here on this Ngunnawal land and to mark this moment with a ceremony that carries so much significance makes me feel a great deal of responsibility and strengthens my commitment to work to strengthen the bonds between our nations and our peoples.

You here represent the oldest civilization on earth, and I think that the traditions and values and cultures that you have passed on and are passing on really have so much to teach the rest of us as we seek to reconcile our differences in this fractured world and face the great challenge of caring for our environment. So, I’m grateful that you’re here today, as I begin this new chapter.

The United States and Australia are the closest of allies and we are global partners working for peace and stability, health, security, and economic prosperity and opportunity in this region and beyond. And so, during my time as Ambassador, my husband and I look forward to meeting as many Australians and First Nations Peoples as we can, and learning from the next generation how we can all pass on a more just and peaceful and healthy world to our children. So, thank you all very much for coming. And thank you all for conducting the ceremony and for explaining and assisting me during my time here so thank you all.

2:28: Embassy Press Spokesperson:  Ok, so I think we have time for a few questions so why don’t we go to Andrea Crothers.

Sky News:  Ambassador you are meeting with the Prime Minister on Wednesday, what do you make of him so far? What will you be raising with him? Will you be raising concerns over the Chinese lease of the port of Darwin? And (inaudible) legislating Australia’s emissions reduction target of 43% by 2030, (inaudible) that legitimize Australia’s willingness to tackle that issue?

Ambassador Kennedy:  Well, I’m really looking forward to meeting the Prime Minister, I haven’t met him yet. I know he had a great meeting with President Biden. So, I’m looking to follow up on that and see what best I can do to advance our shared goals.

ABC:  Ambassador, you’ll travel to the Solomon Islands at the end of next week I believe with Wendy Sherman to mark the 80th anniversary of the Battle of Guadalcanal, can you please tell us will you and the Deputy Secretary while you are in the country meet with Manasseh Sogavare, the Prime Minister? Will you (inaudible) relay your concerns, or America’s concerns about its security pact with China? And on a related topic, the Vice President conceded that the Pacific has not received the attention it deserves from the U.S. in recent years. Do you anticipate that there will be further announcements from this administration to bolster America’s diplomatic and broader presence in the region?

Ambassador Kennedy:  Well, the Deputy Secretary, I think would be the best person to answer what’s going to happen on the trip and so we’ll see. It’s a couple, it’s 10 days away and with regard to the second question, again, I think the Vice President and others will probably, we’ll see what happens in the future. I’m sure there will be many announcements to come in many areas, but I think maybe we’ll take this up next week.

ASPI:  Welcome Ambassador. There has been a lot of speculation about the plan under AUKUS, that the United States and Britain can help Australia obtain nuclear powered submarines. Estimated timelines range from somewhere between 2030, which sounds very optimistic, to closer to 2040. You’ve undoubtedly been comprehensively briefed on this and what message do you bring from the U.S. administration to Australia on what assistance the United States can provide?

Ambassador Kennedy:  Well, I think AUKUS is a really significant partnership between three of the closest allies and it includes submarines as you said, but other areas of cooperation that I think will provide great benefits to all our countries and there, as you know, since you obviously know a lot about it as well, there are many announcements that are going to be coming in the coming weeks. So, I think that’s best to let those unfold and then maybe we can talk about them as they do. Thank you.

Journalist:  Ambassador, on the Port of Darwin, is the U.S. concerned about the Chinese lease of the Port Of…

Ambassador Kennedy:  How about we or maybe we’ll go to Darwin and maybe we’ll, we can talk about it there or in the future. But I don’t have anything on that today. Thank you all. Thanks for coming.