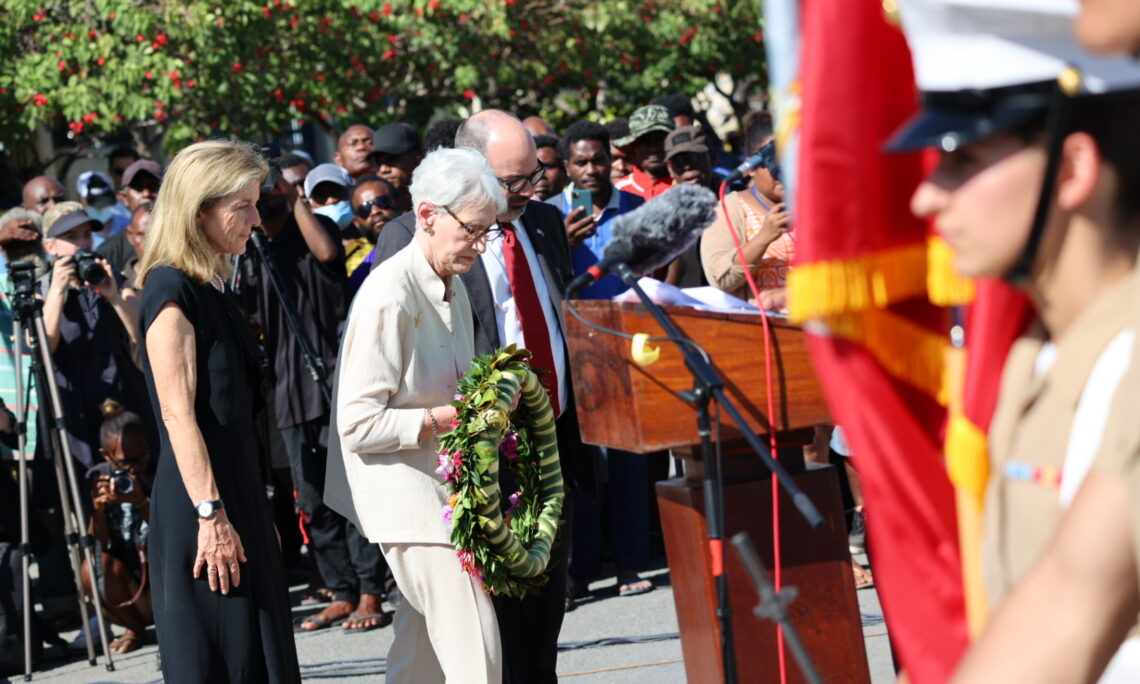 Mr. Veke, Ministers of the Crown, Ambassadors, distinguished guests, our hosts from the Solomon Islands, Sir Bruce Saunders, and those who work on this memorial.

Mr. Kenilorea, thank you for those moving remarks and for your own family’s distinguished public service.

As we reflect on the battles that took place on these lands and in these waters 80 years ago, we honor the courage of the Solomon Scouts and Coastwatchers who made a critical contribution to turning the tide at Guadalcanal.

Solomon Islanders risked their lives to support the Allied effort.

Many joined in the fight, lending their superior knowledge of the local terrain and their expertise in jungle fighting.

They stayed behind Japanese lines at personal risk to their own safety and that of their families.

The information they gathered was invaluable to the Allied effort during the Guadalcanal campaign.

Because of the selfless service and sacrifice of the Solomon Scouts and Coastwatchers, the Allies were able to hold Guadalcanal.

And because of Guadalcanal, the Allies achieved victory in the Pacific.

Thanks to them, he and his crew survived the sinking of PT-109 and were able to return home and eventually run for President.

His experiences here made him the man and the leader that he was, just as the experiences of so many others shaped the men and women they would become.

It resolved him to seek a more peaceful and just world, and he gave his life for his country.

I’m deeply touched to be here today, knowing that I might not be here if it were not for Biaku Gasa and Eroni Kumana.

And I’m not alone in feeling this way.  Countless Americans and Allied families have Solomon Islanders to thank for their survival.

We’re here today not only to express our gratitude to those who sacrificed during the war, but also to those who established peace and worked for the years and decades that followed to bring our nations closer.

I look forward to returning to Solomon Islands with my children and showing them this part of our family history – which is so closely intertwined with this country – and telling them about the partnership we’ve shared with Solomon Islanders in years since the war.

It’s our way to honor those who came before us and to work and do our best to leave a legacy for those who follow.