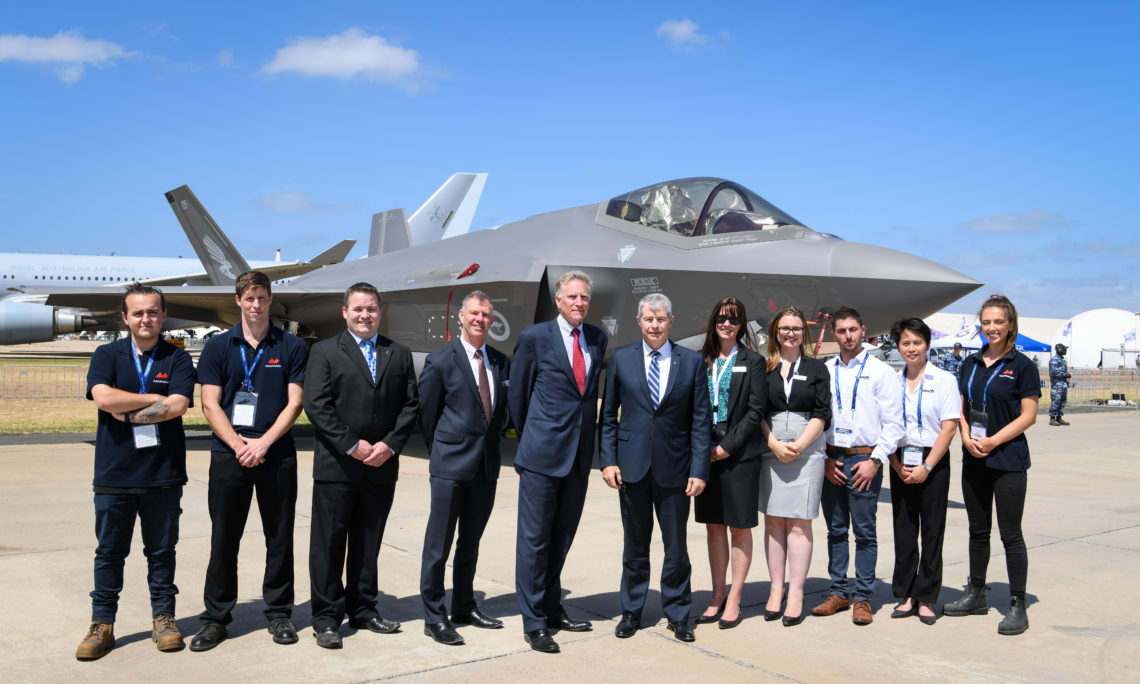 Using an Australian F-35 Joint Strike Fighter jet as a backdrop, Acting Ambassador Carouso and Minister Fawcett will recognize several young workers from local defense and aerospace small to medium enterprises (SMEs) who have played a role in the JSF program.  The event will highlight contributions by the JSF program to job growth and skill development in the Australian workforce and the Australian aerospace industry.

“It’s not by chance that hundreds of millions of dollars in Joint Strike Fighter contracts keep coming to Australia,” Acting Ambassador Carouso said.

“Australia’s tech and manufacturing industries have a worldwide reputation for excellence, and we’re thrilled that our Aussie partners are bringing that capability to the Joint Strike Fighter.”

More than 50 Australian companies have shared in over $1 billion in global contracts as a result of the JSF program, with more than 2,400 jobs created in Australia to date. Young representatives from some of those companies – including Victoria-based SMEs Marand, Ronson Gears, AW Bell and RUAG – will be present at this event and available to speak with media about their experience of working on the JSF project, as well as career opportunities within this growing sector.

“Our unique American-Australian partnership is giving enterprising young Aussies the chance to develop cutting-edge capabilities and grow their skills right here in their own backyard—it’s experience that will give their careers the competitive edge on a global scale.” Acting Ambassador Carouso said.

“I invite you to meet this group of talented young Australians, and talk to them about the work they do and where it can take them in the future. They represent the new, 21st-century face of the defense and aerospace industry in Australia, and that future is bright.”