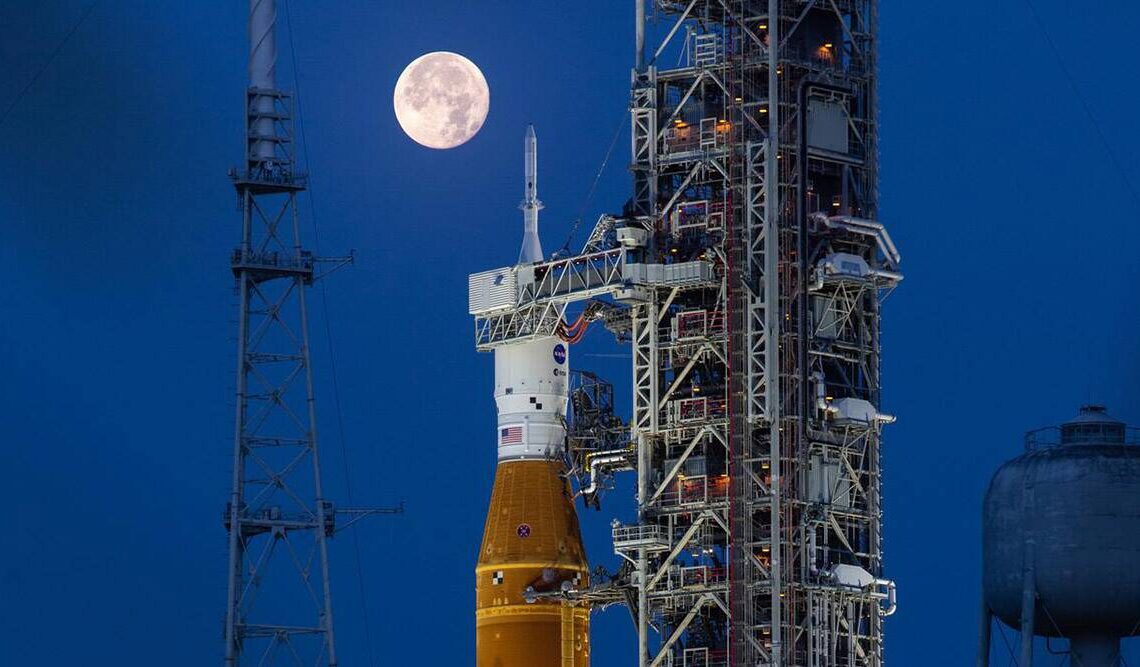 NASA’s Artemis program is inspiring the world as it seeks to land the first woman and first person of color on the Moon and conduct a historic first crewed mission to Mars.

The Artemis program, comprising a series of robotic and crewed science and exploration missions, is intended to be the broadest and most diverse international human space exploration coalition in history.  Key international participation in the Artemis I mission includes:

With the successful launch of Artemis I, NASA has embarked on its latest mission to explore the unknown for the benefit of humanity. This uncrewed flight test is the first in a series of complex missions that will land the first woman and first person of color on the Moon, while uniting humanity and inspiring the next generation through deep space exploration.

Today’s successful launch is the result of multilateral cooperative efforts to explore space, achieve a sustainable and robust presence on the Moon later this decade, and prepare to conduct a historic human mission to Mars. Through the Artemis program, the United States is building the broadest and most diverse international human space exploration coalition in history, focused on making scientific and technological discoveries to advance the global alliance’s deep space efforts and return many benefits to our home planet while also creating jobs. We look forward to continued work with international partners on future missions.

With the Artemis Accords, the Department of State and NASA are bringing nations together through a common set of principles grounded in the 1967 Outer Space Treaty to guide civil space exploration, and set the stage for peaceful, responsible, and productive cooperation in outer space.

The United States will continue to work with international partners to ensure a safe, peaceful, and prosperous future in space for all of humanity to enjoy.

Following a successful launch of NASA’s Space Launch System (SLS), the most powerful rocket in the world, the agency’s Orion spacecraft is on its way to the Moon as part of the Artemis program. Carrying an uncrewed Orion, SLS lifted off for its flight test debut at 1:47 a.m. EST Wednesday from Launch Pad 39B at NASA’s Kennedy Space Center in Florida.

The launch is the first leg of a mission in which Orion is planned to travel approximately 40,000 miles beyond the Moon and return to Earth over the course of 25.5 days. Known as Artemis I, the mission is a critical part of NASA’s Moon to Mars exploration approach, in which the agency explores for the benefit of humanity. It’s an important test for the agency before flying astronauts on the Artemis II mission.

“What an incredible sight to see NASA’s Space Launch System rocket and Orion spacecraft launch together for the first time. This uncrewed flight test will push Orion to the limits in the rigors of deep space, helping us prepare for human exploration on the Moon and, ultimately, Mars,” said NASA Administrator Bill Nelson.

After reaching its initial orbit, Orion deployed its solar arrays and engineers began performing checkouts of the spacecraft’s systems. About 1.5 hours into flight, the rocket’s upper stage engine successfully fired for approximately 18 minutes to give Orion the big push needed to send it out of Earth orbit and toward the Moon.

Orion has separated from its upper stage and is on its outbound coast to the Moon powered by its service module, which is the propulsive powerhouse provided by ESA (European Space Agency) through an international collaboration.

“It’s taken a lot to get here, but Orion is now on its way to the Moon,” said Jim Free, NASA deputy associate administrator for the Exploration Systems Development Mission Directorate. “This successful launch means NASA and our partners are on a path to explore farther in space than ever before for the benefit of humanity.”

Over the next several hours, a series of 10 small science investigations and technology demonstrations, called CubeSats, will deploy from a ring that connected the upper stage to the spacecraft. Each CubeSat has its own mission that has the potential to fill gaps in our knowledge of the solar system or demonstrate technologies that may benefit the design of future missions to explore the Moon and beyond.

Orion’s service module will also perform the first of a series of burns to keep Orion on course toward the Moon approximately eight hours after launch. In the coming days, mission controllers at NASA’s Johnson Space Center in Houston will conduct additional checkouts and course corrections as needed. Orion is expected to fly by the Moon on Nov. 21, performing a close approach of the lunar surface on its way to a distant retrograde orbit, a highly stable orbit thousands of miles beyond the Moon.

“The Space Launch System rocket delivered the power and performance to send Orion on its way to the Moon,” said Mike Sarafin, Artemis I mission manager. “With the accomplishment of the first major milestone of the mission, Orion will now embark on the next phase to test its systems and prepare for future missions with astronauts.”

The SLS rocket and Orion spacecraft arrived at Kennedy’s Launch Pad 39B on Nov. 4 where they rode out Hurricane Nicole. Following the storm, teams conducted thorough assessments of the rocket, spacecraft, and associated ground systems and confirmed there were no significant impacts from the severe weather.

Engineers previously rolled the rocket back to the Vehicle Assembly Building (VAB) Sept. 26 ahead of Hurricane Ian and after waving off two previous launch attempts Aug. 29 due to a faulty temperature sensor, and Sept. 4 due to a liquid hydrogen leak at an interface between the rocket and mobile launcher. Prior to rolling back to the VAB, teams successfully repaired the leak and demonstrated updated tanking procedures. While in the VAB, teams performed standard maintenance to repair minor damage to the foam and cork on the thermal protection system and recharge or replace batteries throughout the system.

Artemis I is supported by thousands of people around the world, from contractors who built Orion and SLS, and the ground infrastructure needed to launch them, to international and university partners, to small businesses supplying subsystems and components.

Through Artemis missions, NASA will land the first woman and the first person of color on the surface of the Moon, paving the way for a long-term lunar presence and serving as a steppingstone for astronauts on the way to Mars.

View more photos of Artemis I at: https://flic.kr/s/aHBqjzG1pG

Follow Orion on Its Way to the Moon at: https://blogs.nasa.gov/artemis