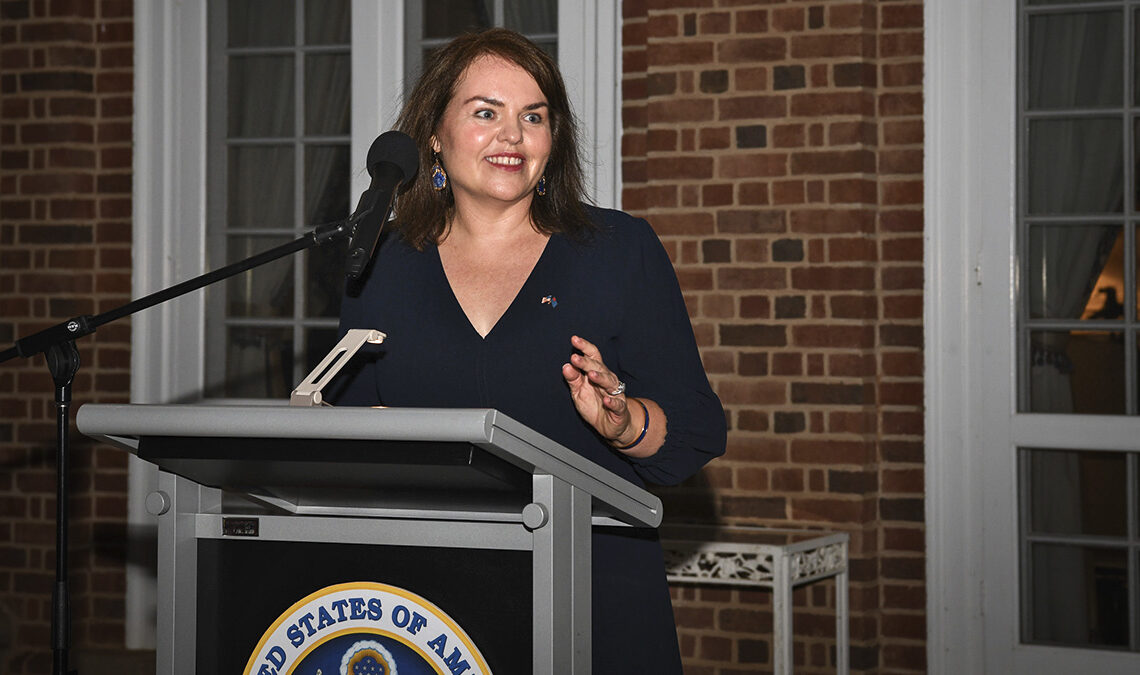 The U.S. Embassy is in mourning following the sudden loss of Senator Kimberley Kitching.

Senator Kitching held a lifelong affection for the United States and its people. In part, this stemmed from her childhood residency in North Carolina. But she also had a deep understanding of, and appreciation for, the founding ideals of the United States. In a speech supporting Australia’s autonomous sanctions (Magnitsky) legislation she quoted the Declaration of Independence and reminded the Senate that “the practical application of human freedom through political participation in democracy as a universal idea is central to our humanity, and so are human rights and the protection of human rights.”

She leaves an enduring legacy as a driving force behind this legislation ̶ designed to, in her words, punish “those who have gamed the authoritarian system by stealing or by engaging in the most heinous human rights abuses and corruption.”

In every interaction with Senator Kitching two things stood out: her zeal for universal human rights and her sharp intellect.

I extend my condolences to Senator Kitching’s family. She will be missed by her many friends at the Department of State.