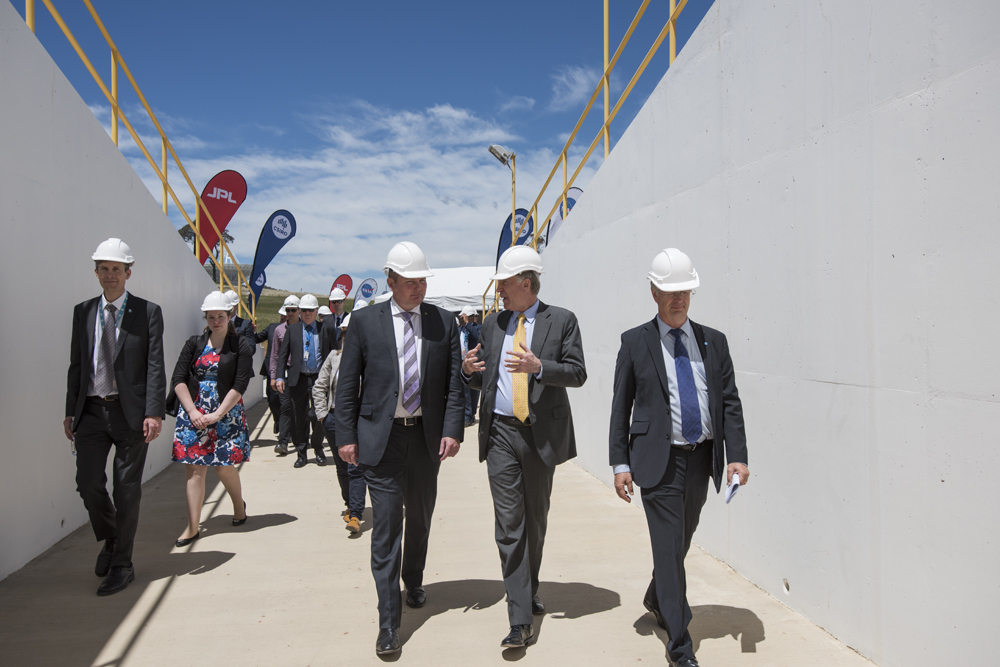 By Chargé d’Affaires James Carouso – (As prepared for delivery – November 3, 2016)

As a boy growing up in New York, I, like millions of Americans and people all over the world, watched the moon landing live on television.

What I did not know in 1969, and I suspect few outside Australia knew, is that those images I watched of Neil Armstrong’s first steps on the moon were first seen on Earth by Australian scientists at Parkes. They received the footage from outer space and beamed it around the world. The Apollo program was just the beginning.

The truth is that our current knowledge of the massive, mysterious cosmos is only possible because of what the United States and Australia have accomplished together. CSIRO and NASA scientists working together here at Tidbinbilla put rovers on Mars. We sent New Horizons to Pluto. We put Juno into orbit around Jupiter. And, together, we will send humankind to Mars.

The Journey to Mars is one of the greatest human endeavors in history. These new antennae we inaugurate today will make it possible.

Why is Mars so important? Putting an astronaut on Mars is a major milestone in human spaceflight. It represents the combined scientific and technological knowhow of some of the most brilliant minds on this planet.

Getting to Mars will force us to invent new ways to conserve water and improve fuel efficiency. Advanced manufacturing and emerging technologies will not only produce our future spacecraft; they will give birth to new industries and new jobs.

Mars is so important because building up our capabilities in outer space contributes to making life better here on Earth.

As evidence, I offer NASA’s CORAL mission, launched in September, which is using state-of-the-art NASA airborne instruments to study the Great Barrier Reef. The project will produce the most extensive picture yet of the health of valuable and ecologically sensitive coral reefs and the ocean upon which all life on Earth depends.

NASA’s investment in Australia amounts to $20 million U.S. dollars a year. But, investment in equipment and technology only gets us so far. To succeed, we must invest in people; in the next generation of astronauts and scientists who will take us to Mars and beyond.

That is why I am so pleased to see students from Melrose High School with us today, and why I went to Mount Stromlo last month to meet an amazing group of young people at Canberra’s inaugural space camp. The space campers took away valuable lessons in science, technology, engineering, and mathematics – what we like to call STEM. STEM will not only produce our future astronauts. It will produce our future doctors, computer programmers, and entrepreneurs.

Our space cooperation is one of the finest examples of the innovation partnership between the United States and Australia, but it is certainly not the only example. Across our governments, our industries, and our universities, our cooperation in science and technology stands out – from Vice President Biden’s Cancer Moonshot, to Fulbright’s cutting-edge scholars, to Lockheed Martin’s recent announcement that Australia (Melbourne) will host the company’s first R&D facility outside the United States.

Innovation is a much used term these days. But with good reason. The mutual investment that the United States and Australia are making in innovation is game changing. Together, we will lead the way to a better, more educated future. A future of more efficient technology, cleaner energy, and better health – for everyone and for our planet.

It is innovation that will propel the United States and Australia together through the 21st century, and beyond.

Thanks to all the pioneers here today, our future is bright.