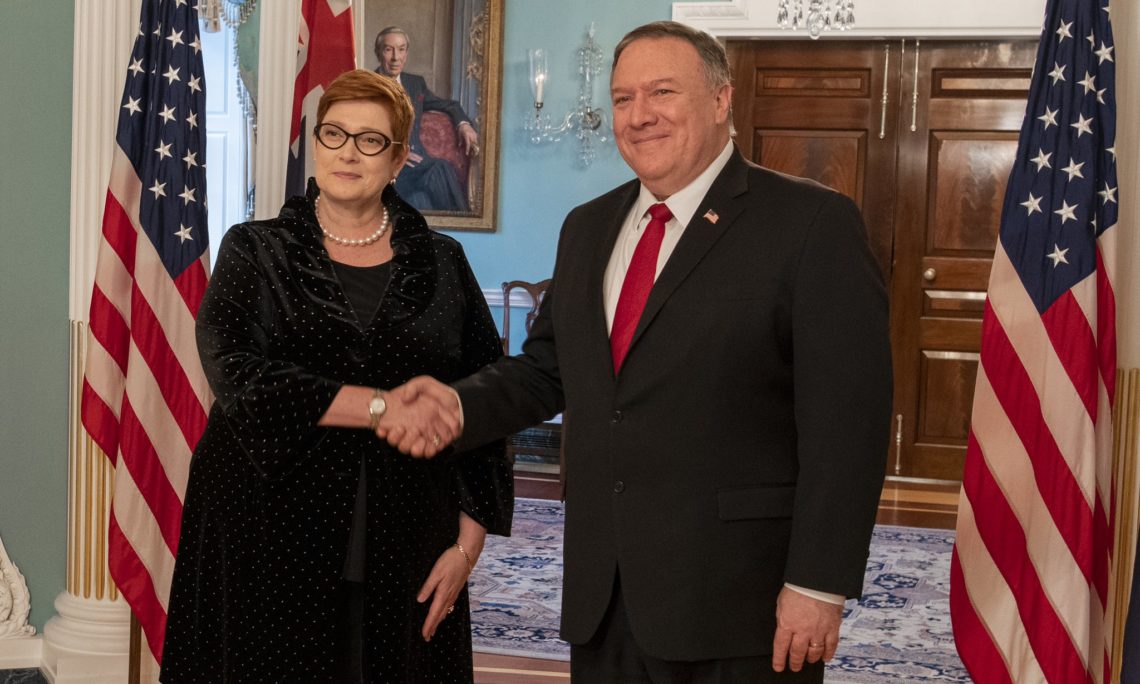 Secretary of State Michael R. Pompeo met with Australian Foreign Minister Marise Payne today to discuss coordination of U.S. and Australia policy in the Indo-Pacific, including through the annual Australia-U.S. Ministerial Consultations (AUSMIN), as well as trilateral infrastructure cooperation with Japan, and Quad coordination with Japan and India.

Secretary Pompeo and Foreign Minister Payne reaffirmed their commitment to engage with ASEAN, which remains at the heart of our respective visions for the Indo-Pacific.

They also discussed the need to protect freedom and sovereignty in the Indo-Pacific and the importance of promoting human rights, especially in Xinjiang and Tibet.  Secretary Pompeo thanked Foreign Minister Payne for Australia’s important contributions to the campaign to fight ISIS.

View the original statement at state.gov