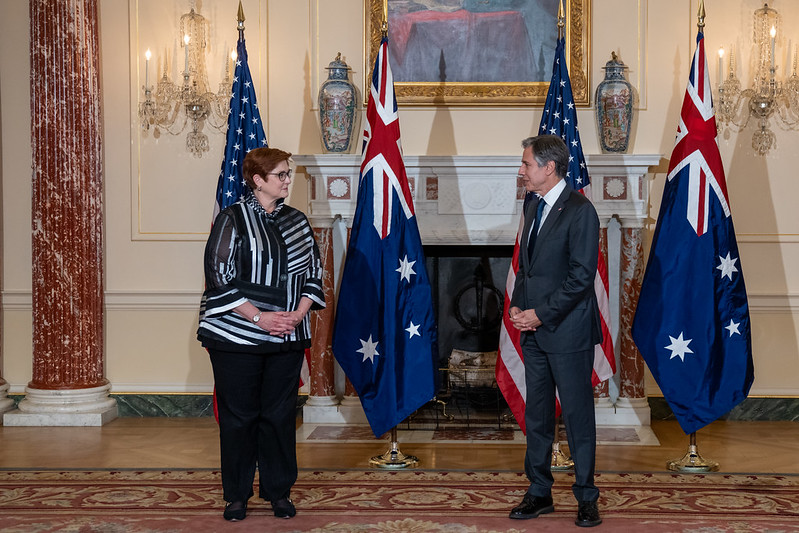 OFFICE OF THE SPOKESPERSON

The below is attributable to Spokesperson Ned Price:

Secretary of State Antony J. Blinken met with Australian Foreign Minister Marise Payne today in Washington, D.C. The Secretary and Foreign Minister focused on the enduring nature of the U.S.-Australia Alliance and discussed cooperation on increasing peace and security in the Indo-Pacific region. They noted with pride the celebration of the 70-year anniversary of the signing of the ANZUS Treaty and highlighted actions to secure another 70 years of peace and prosperity in the Indo-Pacific region. The Secretary and Foreign Minister reiterated their support for the rules-based international order, ASEAN centrality, and the rights and livelihoods of Southeast Asian claimants in the South China Sea. They discussed U.S. and Australian bilateral and multilateral efforts to assist the Indo-Pacific region in overcoming COVID-19. The Secretary and Foreign Minister also previewed discussions at the Australia–U.S. Ministerial Consultations (AUSMIN), set to be held on September 16.