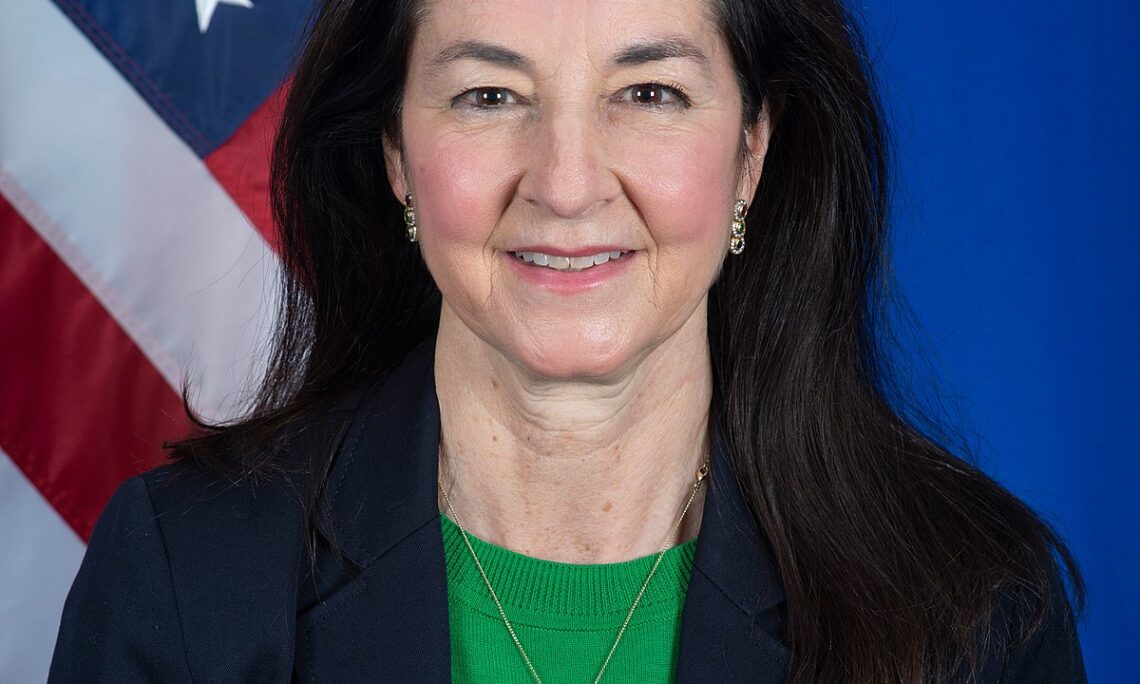 ASSISTANT SECRETARY MEDINA: I am here to talk about what CCAMLR can do to advance conservation efforts in the Antarctic.

But I must first condemn the unprovoked war one member has waged against another member of this organization. Russia’s unprovoked war on Ukraine is a direct affront against the basic principles embodied in international law, including the United Nations Charter, and the principles of sovereignty and territorial integrity that underpin global security and stability.

The U.S. delegation cannot ignore the threat to the rules-based international order that Russia’s brutal war of aggression against Ukraine presents.

In addition, we specifically condemn the heavy damage the Ukrainian Antarctic Scientific Center in Kyiv has sustained due to ongoing war.

As Secretary Blinken said recently, “Moscow can knock out the lights across Ukraine, but it cannot, it will not, extinguish the Ukrainian spirit. President Putin thought he could divide the transatlantic alliance. Instead, he’s brought us even closer together.”

Russia must withdraw its troops from Ukraine and immediately cease its aggression against Ukraine, a sovereign and independent state defending its internationally recognized borders.

I’m glad to be here as a demonstration of the United States’ unwavering commitment to conserving and protecting the Antarctic – an increasingly fragile and precious part of our planet. And this is a pivotal moment for both Antarctica and for the world – climate change is changing this region faster than any of us thought possible. Which is why the actions we take at this meeting in Hobart and in future global meetings over the next six months will shape the health of the planet – and all its inhabitants — for generations.

It is important to meet in person – for the first time in three years – to re-invigorate the collaborative spirit that has characterized CCAMLR and the Antarctic Treaty system. But that cooperation is crumbling and so I urge that we come together now and reach consensus on the key issues, such as the creation of a system of marine protected areas, that have been languishing for far too long.

The cooperation and open collaboration that is required by CCAMLR had been its strength. But frankly it is now holding back progress. Countries that have prioritized their individual needs have weakened our ability to meet the shared conservation objectives on which this body was founded.

For example, CCAMLR has adopted some of the most comprehensive fishery management measures for the toothfish fishery, setting a global standard and nearly eliminating IUU fishing in the area. Which is why it was extremely disappointing that CCAMLR was not able to reach consensus last year on catch limits in area for toothfish in area 48.3. CCAMLR has always managed this fishery based on precaution and sound science. This fishery is now a source of division among like-minded nations due to a Russian “conservation” objection that is not supported by this body’s scientific committee.

We urge members to work together at this session to resolve this situation so that CCAMLR remains able to meet its conservation objectives while allowing limited, well-managed fishing for high value species. We must recommit to the “Hobart Spirit” of cooperation and consensus and find ways to come together as we have for more than 40 years. And in the face of climate change, we must renew this ethos of international cooperation here in Antarctica more than ever.

This past summer, NASA released a study showing that Antarctica is shedding icebergs faster than the ice can be replaced – doubling previous estimates of ice loss from 6 trillion metric tons to 12 million metric tons. To echo NASA scientist Chad Greene, Antarctica truly is “crumbling at its edges.” And these “edges” have a real effect on the rate of global sea-level rise. If emissions continue at their current pace, the Antarctic ice sheet will have crossed a critical threshold by about 2060, committing the world to a sea level rise that is not reversible on human timescales.

In the face of this new data, we need to act to protect Antarctica to conserves its biodiversity and do our best to mitigate the effects of climate change on the Antarctic ecosystem.

We have a clear path forward. CCAMLR should now – at this meeting – establish a representative system of marine protected areas in the Southern Ocean. We have less than a decade to conserve or protect at least 30 percent of the global ocean, and MPAs in the Southern Ocean are a critical piece of our meeting that goal. A series of MPAs will help create a nature positive world and support ecosystems, migratory pathways, and endemic ocean species. CCAMLR’s decision in 2016 to establish the Ross Seas region Marine Protected Area proves this institution has the wherewithal to implement this type of meaningful, positive change. And for those with questions, I would point to our members reporting on research activity that demonstrates the resounding success of the Ross Sea region MPA. This research includes more than 460 projects by 20 CCAMLR Members, 2 acceding states, and 7 cooperating parties, related to 11 MPA objectives.

This is what a collective effort can achieve. So, I want to urge any nations with objections to drop them before it is too late to save what we can of this precious place – and its penguins, whales, and sea birds. The proposed MPAs are essential to delivering on our treaty objective to conserve Antarctic marine living resources and to furthering our understanding of climate change impacts in the Southern Ocean.

This year’s Convention on Biological Diversity COP will hopefully adopt an ambitious framework that include the goal of conserving at least 30% of the planet by 2030, under the chairmanship of the Chinese and now Canada as hosts. But to reach that ambitious target we must conserve more of Antarctica in MPAs. If we cannot come to agreement now, then the United States is willing to provide a voluntary contribution of $75,000 to offset the cost of hosting a special meeting on MPAs early next year.

This is also the time to modernize the management of the krill fishery. CCAMLR has already set precautionary catch limits for krill. There are clear steps such as requiring port inspections for 100 percent of vessels carrying krill or krill products. Krill fishing effort could also be updated as well as the dispersion of fishing to ensure that it is not too highly concentrated.

As I mentioned, we are entering a critically important stretch of international engagement on the ocean, climate change, biodiversity, plastic pollution, and more. The actions we take here at CCAMLR can build on the momentum we have seen so far this year, and drive action at COP27, CITES, the launch of the plastic pollution agreement, CBD COP15, the completion of BBNJ negotiations, and the 8th Our Ocean conference in Panama, to name just a few.

It’s time to move from ambition to action. Let’s make Hobart 2022 an historic moment for the conservation of the Antarctic living marine resources.