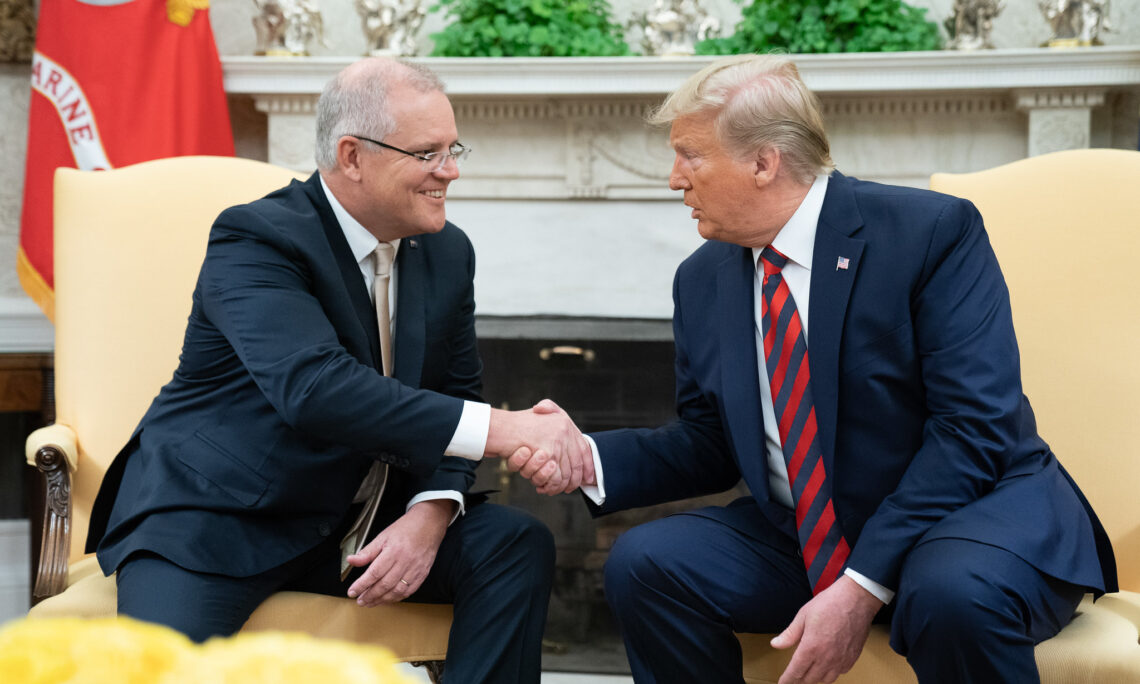 The first treaty signed between the United States and Australia was the 1949 agreement that established the Fulbright program, and since then more than 5,000 Australians and Americans have received Fulbright scholarships.  The United States and Australia have concluded a mutual legal assistance treaty to enhance bilateral cooperation on legal and counter-narcotics issues.  The two countries have also signed tax and defense trade cooperation treaties, as well as agreements on health cooperation, space, science and technology, emergency management cooperation, and social security.  Many U.S. institutions conduct cooperative scientific activities in Australia.  The United States and Australia responded to the Ebola and Zika epidemics and support the Global Health Security Agenda to accelerate measurable progress toward a world safe and secure from infectious disease threats.

The United States provides no development assistance to Australia.

The U.S.-Australia Free Trade Agreement (FTA) entered into force on January 1, 2005.   The U.S.-Australia FTA has boosted U.S. goods exports to Australia by more than 80 percent since 2004 (pre-FTA); U.S. services exports are up by over 200 percent from 2004. In 2018, total U.S. goods and services trade with Australia totaled US $65.9 billion, and the United States ran a trade surplus of US $28.9 billion. According to U.S. Department of Commerce estimates, U.S. exports of goods and services to Australia support nearly 250,000 U.S. jobs, in sectors including machinery, travel services, industrial supplies and materials, consumer goods, and financial services.  In return, Australia exports foods, feeds, and beverages; industrial supplies and materials; and business and travel services.   Australia has proven to be an appealing and profitable market for U.S. companies for many years.  It offers very few barriers to entry, a familiar legal and corporate framework, and a sophisticated – yet straightforward business culture.

Bilateral direct investment (FDI) cumulatively totals nearly US $230 billion.  In 2018, Australia total stock of FDI into the United States was $71.5 billion.  Leading sectors for Australian investment into the United States are software & IT services, business services, and healthcare. According to Australian government statistics, the United States is Australia’s largest foreign investor.  In 2018, the U.S. direct investment position in Australia (outward) was $163.0 billion. Considerable portfolio investment in both directions also contributes to a strong bilateral investment relationship.  U.S. firms have operated in Australia for over 100 years and, according to Australian government estimates, currently employ more than 300,000 Australians, many in high-paying sectors.  U.S. firms are also the largest tax-payers, wage payers, and contributor to GDP, of any foreign country companies operating in Australia.

According to IMF data, Australia is the world’s 14th-largest economy by GDP and has the tenth-highest per capita income. It has marked 28 years of sustained annual economic growth, avoiding the financial crisis of 2009 by exporting resource commodities to China.  An energy powerhouse, Australia is the world’s largest coal exporter and LNG exporter. According to Australian government data, almost 812,000 U.S. residents visited Australia in 2018, a 3 percent increase from 2017. According to U.S. statistics,  1.4 million Australians visited the United States in 2018, an increase of 3 percent from 2017.

Arthur B. Culvahouse Jr. currently serves as the U.S. Ambassador to Australia; other principal embassy officials are listed in the Department’s Key Officers List.