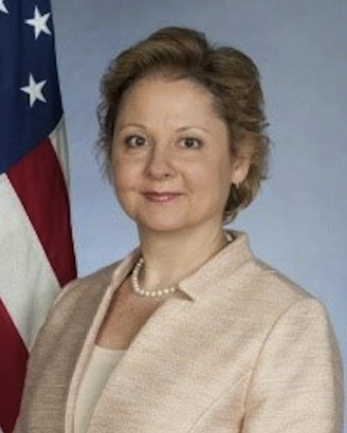 Christine Elder is the Consul General of the U.S. Consulate General in Sydney, responsible for representing the United States in New South Wales and Queensland. Prior to her assignment in Australia, she led on components of the inter-agency U.S. effort to assist in the relocation of Afghan citizens fleeing Taliban rule. She served as the U.S. Ambassador to the Republic of Liberia from 2016-2020.

Consul General Elder has also held positions as the Deputy Chief of Mission at the U.S. Embassy in Mozambique, and as cultural attaché in Germany and in Hungary. Her other Washington assignments include Deputy Coordinator for International Information Programs, serving as the senior most Foreign Service Officer in the Office of the Inspector General, Director for Southern African Affairs, and Senior Watch Officer in the State Department’s Operations Center. She has also served in positions in the Bureaus of European, Near Eastern, and Economic and Business Affairs. Ms. Elder began government service in 1990 in the International Trade Administration at the Department of Commerce.

Christine Elder is a career member of the Senior Foreign Service, rank of Minister Counselor. She holds degrees from the University of Kentucky and the George Washington University, and speaks German and Portuguese. Her husband is former Foreign Service Officer Paul Hughes, and she has two step-children.