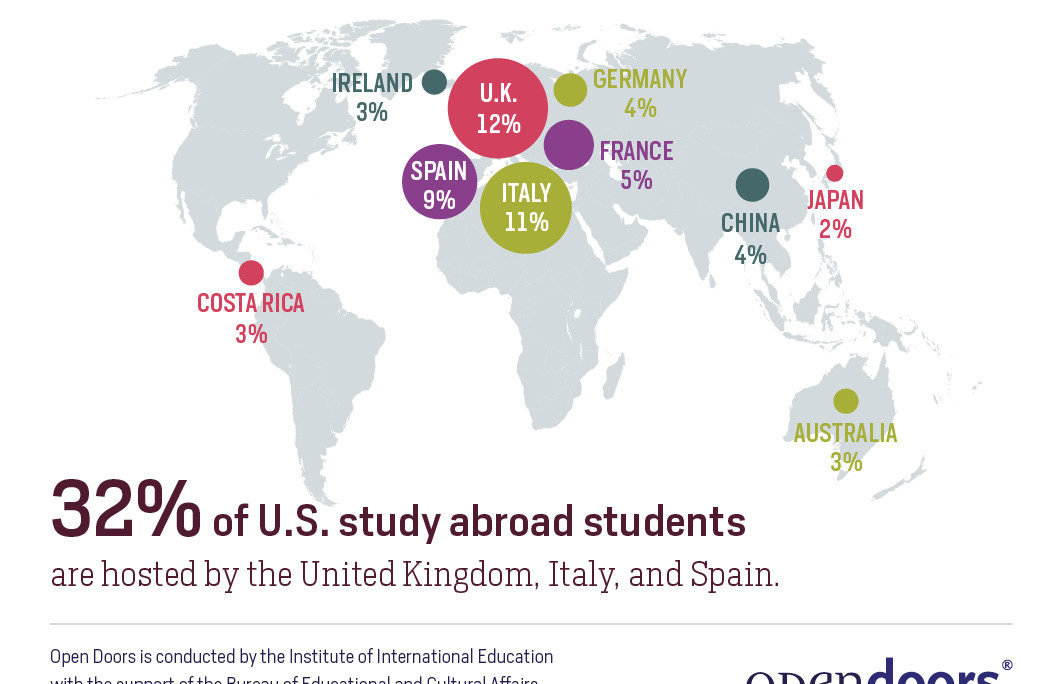 According to the 2017 Open Doors® Report on International Educational Exchange data released today by IIE and the U.S. Department of State Bureau of Educational and Cultural Affairs, the number of international students in the United States increased by three percent over the prior year, and the number of American students studying abroad increased by four percent from the prior year.

While the overall number of international students studying in the United States has increased, the number of new international students—those enrolled at a U.S. institution for the first time in fall 2016, declined by nearly 10,000 students to about 291,000, a three percent decrease from the previous year. This is the first time that these numbers have declined in the twelve years since Open Doors has reported new enrolments.

The report shows that 325,339 American students received academic credit last year at the home campus for study abroad in 2015/2016, an increase of four percent from the previous year. Study abroad by American students has more than tripled in the past two decades; however, the rate of growth had slowed following the financial crisis in 2008. The population of U.S. students studying abroad continues to diversify, with greater inclusion of students from underrepresented racial and ethnic backgrounds.

U.S. higher education is increasingly focused on preparing U.S. students to secure jobs after graduation in order to advance their careers, as well as preparing them to thrive in the multicultural global marketplace. Studies have shown that studying abroad helps students develop the skills needed to succeed in today’s interconnected world.

Top Destinations
The top host destinations for U.S. students studying abroad in 2015/16 were the United Kingdom, Italy, Spain, France, and Germany. China dropped out of the top five host countries, as the number of U.S. students studying there decreased by 9 percent. Europe was the top host region, attracting more than 50 percent of Americans who studied abroad, followed by Latin America and the Caribbean, and Asia. Strong growth was noted in Australia, Czech Republic, Cuba, Denmark, Germany, Ireland, Japan, Mexico, the Netherlands, New Zealand, and South Africa.