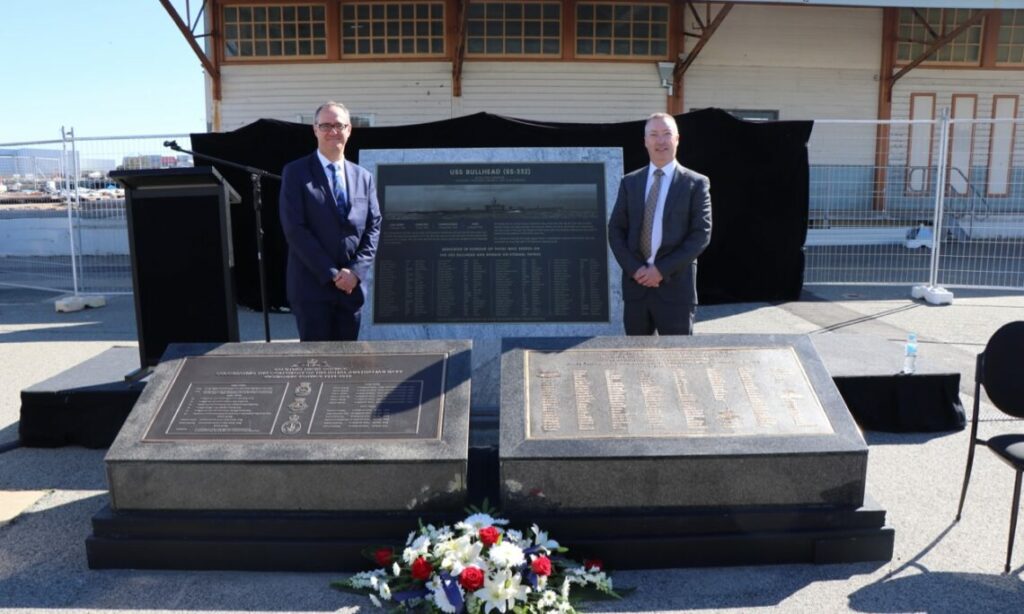 A new memorial has been unveiled in Fremantle, Western Australia in honor of the American World War II submarine USS Bullhead.

The USS Bullhead (SS-332) departed Fremantle on July 31, 1945 to commence its third war patrol but was sunk in an attack by a Japanese army aircraft on August 6 in the Java Sea. Eighty-four United States servicemen lost their lives.

The memorial, located outside the Western Australian Maritime Museum, was unveiled on the 76th anniversary of the submarine’s sinking. 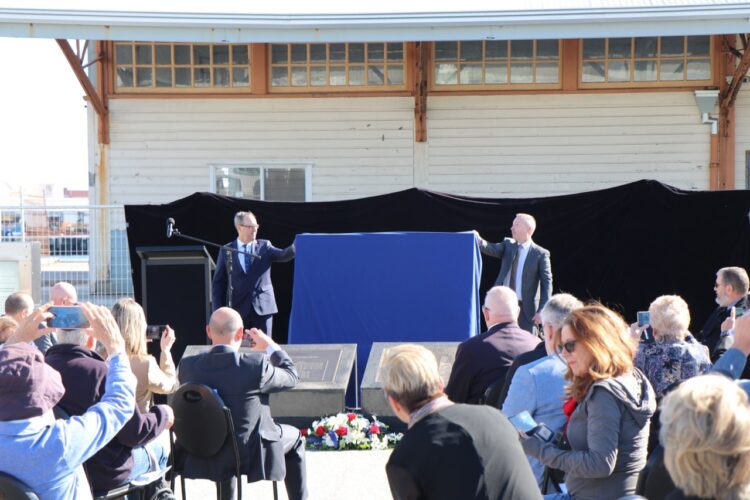 “Australia and the U.S. have fought side-by-side in every major conflict since World War II,” Consul General Gainer said.

“Lives aboard the USS Bullhead were lost defending Australia. This memorial is a powerful symbol of their courage and the unbreakable alliance between our two countries.”

Memorial benefactor and author Tim Baldock said the significance of the submarine’s contribution to the final outcome of the Pacific War, and the fact his book is dedicated to the memory of the crew of the USS Bullhead, inspired him to create the memorial.

“It honours not only the Bullhead and the submarine fleet, but the Port of Fremantle as well, where so many of these boats were based,” Mr Baldock said.

Fremantle was the world’s second largest submarine base in World War II, after Pearl Harbor, and housed submarines predominately from the U.S.

The USS Bullhead was the last of 52 American submarines, and the last U.S. naval vessel, to be lost in WWII.

“May this memorial provide some comfort to those who lost a loved one on the USS Bullhead, and also serve as an eternal reminder of the sacrifices made in defense of democracy,” Consul General Gainer said.