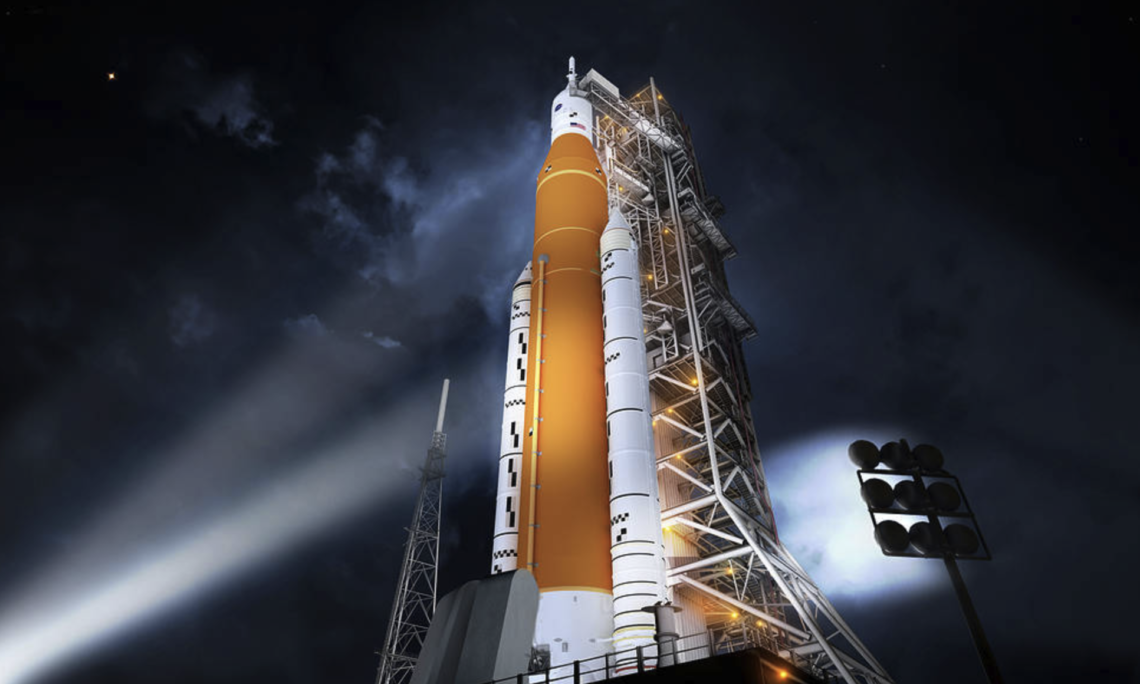 With the upcoming launch of Artemis I, NASA’s Artemis missions are returning humanity to the Moon and beginning a new era of lunar exploration.

The first in a series of increasingly complex missions, Artemis I will be an uncrewed flight test that will provide a foundation to extend human presence to the Moon and beyond.  Artemis I will test essential systems for future crewed missions to the lunar region, including the first-ever launch of NASA’s most powerful rocket, the Space Launch System (SLS).  The SLS rocket will launch from NASA’s Kennedy Space Center in Cape Canaveral, Florida, and enter a complex orbit to bring the Orion spacecraft to the Moon.  The mission will demonstrate the performance of the SLS rocket and test Orion’s capabilities over the course of about six weeks as it travels about 40,000 miles beyond the Moon and back to Earth.

Throughout its journey, the Artemis I mission, including Orion and SLS, will receive comprehensive communications and navigation services from NASA’s two networks: the Near Space Network and the Deep Space Network, which includes the Canberra Deep Space Communication Complex.

The Canberra Deep Space Communication Complex (CDSCC) is currently used for tracking and communication with NASA spacecraft, particularly interplanetary missions.  Although CDSCC is entirely funded by NASA, Australia’s Commonwealth Scientific and Industrial Research Organization manages and operates the complex on behalf of NASA’s Jet Propulsion Laboratory.  CDSCC is NASA’s only facility in Australia and its personnel maintain 24-hour operations, including throughout the COVID-19 pandemic.

While NASA is leading the Artemis program, which includes sending the first woman and next man to the surface of the Moon in 2024, international partnerships will play a key role in achieving a sustainable and robust presence on the Moon later this decade while preparing to conduct a historic human mission to Mars.

Australia was a founding member of the Artemis Accords, signed in 2020 to establish a practical set of principles to guide space exploration cooperation among nations participating in the agency’s 21st century lunar exploration plans.

In October 2021, the United States and Australia signed an agreement to add a lunar rover to a future Moon mission.  A consortium of Australian businesses and research organizations will develop a small rover that would have the ability to pick up and transfer lunar regolith (broken rock and dust) to a NASA-operated in-situ resource utilization (ISRU) system on a commercial lunar lander. Such a rover could fly to the Moon as early as 2026.

On launch day, a “clean feed” will be carried on the NASA TV media channel featuring views of the rocket and audio from a commentator in the Launch Control Center throughout and a single channel of mission audio beginning 15 minutes before launch.