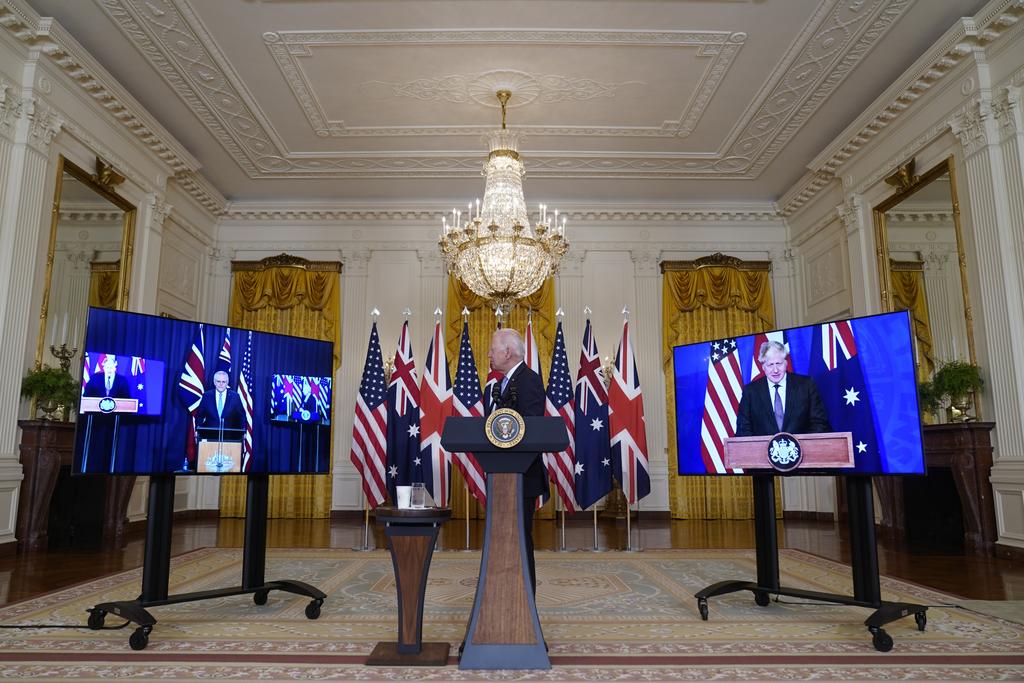 As the first initiative under AUKUS, recognizing our common tradition as maritime democracies, we commit to a shared ambition to support Australia in acquiring nuclear-powered submarines for the Royal Australian Navy. Today, we embark on a trilateral effort of 18 months to seek an optimal pathway to deliver this capability. We will leverage expertise from the United States and the United Kingdom, building on the two countries’ submarine programs to bring an Australian capability into service at the earliest achievable date.

The development of Australia’s nuclear-powered submarines would be a joint endeavor between the three nations, with a focus on interoperability, commonality, and mutual benefit. Australia is committed to adhering to the highest standards for safeguards, transparency, verification, and accountancy measures to ensure the non-proliferation, safety, and security of nuclear material and technology. Australia remains committed to fulfilling all of its obligations as a non-nuclear weapons state, including with the International Atomic Energy Agency. Our three nations are deeply committed to upholding our leadership on global non-proliferation.

The endeavor we launch today will help sustain peace and stability in the Indo-Pacific region. For more than 70 years, Australia, the United Kingdom, and the United States, have worked together, along with other important allies and partners, to protect our shared values and promote security and prosperity. Today, with the formation of AUKUS, we recommit ourselves to this vision.