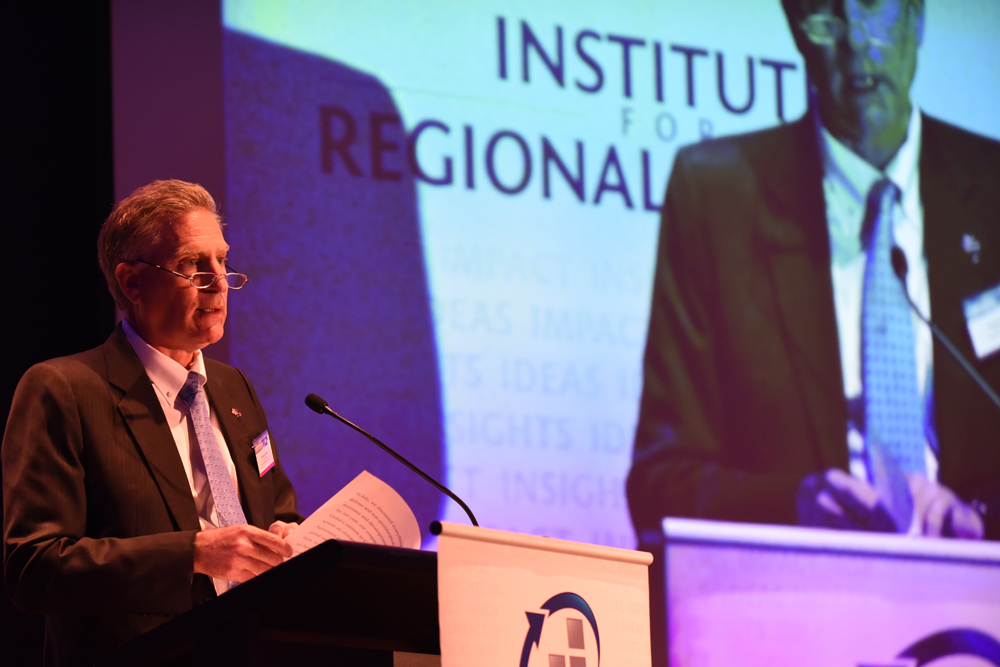 It is an honor to join such esteemed company this evening.  I have to say, I feel very much at home.  My ties to Australia go back more than a decade to when I was last posted to Canberra as a young – well, younger – diplomat.

My family and I took away so much from our time in Canberra.  We treasured our time at Tidbinbilla with the kangaroos and koalas and the elusive platypus.  My daughter studied at Girls Grammar and is now in a doctoral program at an Ivy League university – kudos to the Australian education system.  The pastries at Silo and Australian coffee were and still are perks of life here.

This time around, I think the coffee is even better.  And, having been involved in the AUSFTA negotiations, to see its success 11 years on is a real treat.  I am just as confident in the Trans-Pacific Partnership, and that it will pass during my tenure.

We recently marked the 15th anniversary of the September 11th terrorist attacks, which led me to reflect on that terrible day in 2001, shortly after my arrival in Canberra.  As a native New Yorker, and having previously worked just blocks from the World Trade Center, the Australian response to the attacks – the outpouring of support, the flowers at the gates of our embassy – meant so much to me personally.  Australia forever earned a special place in my heart.

I arrived here at the end of June from Washington, D.C. where I was in the East Asia Bureau, supporting America’s work with your neighbors just to the north.  I was fortunate enough to work for Assistant Secretary Danny Russel, who as you know is a thought leader on U.S. diplomacy in the Asia Pacific.  But, I hustled to get this assignment, because I wanted to come back to Australia.

My career in the Asia Pacific has taught me important lessons about the broad and deep ties that join Americans and Australians to each other and to our allies, friends, and partners across the region.

Of late, I was struck by President Obama’s visit to Hiroshima last May, and his vision of a world without nuclear weapons – a vision many Australians share.

But, it was the words of Prime Minister Abe that resonated with me as I prepared to embark on my new adventure here in Australia.  He said: “70 years later, enemies who fought each other so fiercely have become friends, bonded in spirit, and have become allies, bound in trust and friendship, deep between us.”

Prime Minister Abe was not only describing Japan’s relationship with the United States; he was describing the unique U.S.-Japan-Australia trilateral partnership, a partnership that sets the tone for our entire region.

This Pacific century, as former Secretary Clinton and many others have called it, is not defined by bilateral relationships, but by trilateral, multilateral, and pluri-lateral networks.

And, as a Pacific nation, a Pacific power, the United States plays a vital role in this region.  It is in our national interest, and leaders and people across the region have encouraged us to do so.  I cannot stress enough that what we hear from almost every country in the region is not that the United States is overly involved, but concern that we are not.  That we will not continue to be a leader in this region.

However, to paraphrase Vice President Biden during his recent visit to Australia: “We are here to stay.”

Why is this?  Because the Asia Pacific is home to four of America’s top 10 trading partners, five of seven of our defense treaty alliances, the world’s three largest economies, 25 percent of global GDP, and nearly 40 percent of  global GDP growth; not to mention over half of the world’s population.  These elements helped to drive the U.S. Rebalance to the Asia Pacific; a policy of enhanced engagement that is our new normal.

This new normal was on display in Laos last month.  The leaders of our three countries and 15 more from across our region came together in the spirit of cooperation to address a wide range of political, economic, and security issues.  Of course, these leaders did not always agree.  But such meetings reinforce the value of multilateral institutions, compromise, and teamwork.  These meetings contribute to robust networks and an ASEAN-centric regional security architecture.

The new normal is greater levels of investment, integration, and innovation.  The new normal is, in short, a rich, deep, multifaceted, and rewarding relationship with the most politically and economically dynamic region on the planet.

But for Australia and Japan, this new normal is nothing new.

This is how we have been working together as leaders for over a decade to ensure security in the Asia Pacific and around the world.  And let me take a moment to say that this isn’t just a project of our three national leaders.  It’s powered by the network of relationships like the ones in this room.  Your role is vital.

At the governmental level, the U.S.-Australia-Japan Trilateral Strategic Dialogue has served as a model for productive and proactive engagement since it was first established in 2002.

In July, we discussed everything from defense and non-proliferation to security assistance and development policies. Over the last year, our cooperation as part of the Global Coalition to Counter ISIL and our actions on climate change under the Paris Agreement made important contributions to global security.

Here, in the Asia-Pacific, however, is where we face our most critical challenge: to protect and enhance the rules-based international order that for over 70 years has served as a foundation for incredible political and economic progress.

We are succeeding.  Success can be seen in the growing strength and prominence of the East Asia Summit, APEC, and ASEAN.  President Obama hosted the first ASEAN meeting in the United States last February at Sunnylands in California, where we inaugurated a new strategic partnership.  The East Asia Summit is now the premier forum in the region for addressing political and security challenges, including maritime security.

Success can also be seen in the conclusion of the Trans-Pacific Partnership – an agreement that will not only open markets; and so make our region stronger, wealthier, and more integrated; but also better protect our workers; and make our environment cleaner.  President Obama has highlighted the economic and strategic benefits of the TPP and vowed to push hard for Congressional ratification before the end of the year.  Prime Minister Turnbull has praised the TPP as “standing up for – the rules based international order;” a theme echoed in Diet debate now underway in Japan on the agreement.

While pursuing these initiatives, the United States has also modernized our defense posture.  As President Obama said at last month’s East Asia Summit: “Our alliances and defense capabilities in the Asia Pacific are as strong as they’ve ever been.”

We are putting our most advanced military capabilities – our newest and best ships – in the Pacific.  We have merged the power of the third and seventh fleets and will have 60 percent of our Navy in the region by 2020.  We have grown the Marine Rotational Force in Darwin.  And, we have updated our guidelines for defense cooperation with Japan so that our forces will have the flexibility to face twenty-first century challenges.

These actions will shape our common future.

We want a future that looks like this past August’s Rim of the Pacific joint military exercise, the largest maritime exercise in the world – Australia, Japan, the United States, and 24 other countries, including China, united for the common good.

In this spirit, the United States welcomes China as a global power.  We welcome a peaceful, stable, and prosperous China that plays a responsible role both in the region’s principled security network and more widely in global affairs.

The U.S.-China relationship is one of our most consequential bilateral relationships.  It is defined by practical cooperation on global challenges, as we saw at the Paris Agreement negotiations last year and last month’s G20.  And it’s defined by frank discussions on areas of disagreement, including on issues of human rights and maritime disputes.

China’s behavior in the South China Sea has been a significant point of friction in our relationship.  Our differences are not regarding territory – the United States makes no claims, nor do we favor anyone else’s claims.  We do, however, call on all parties to refrain from unilateral and destabilizing actions that do nothing to advance legal claims, but do change the status quo at the expense of the other claimants and increase tensions in this waterway that is so critical to the global economy.

I’ve already spoken of the international rules-based order that has fostered amazing progress in the Asia Pacific, and maintaining this favorable environment benefits us all – including China.  But it only works if we all respect it.  The July 12 decision on the Philippines’ case by the arbitral tribunal convened under UNCLOS was final and binding on the parties.  America believes that this decision can and should serve as an opportunity for the parties, and all South China Sea claimants to renew the cooperative spirit of the 2002 Declaration on Conduct.  To look forward and find practical steps to lower tensions and build confidence among the claimants and other nations in the region.

Respect for freedom of navigation and commerce, and peaceful resolution of disputes have been key ingredients to the region’s success so far.  And we share an interest in making sure these rights continue to be respected – for all nations.

Our goal is an integrated Pacific that is peaceful, prosperous, and principled.

Through the close collaboration with Australia and Japan, we help progress these critical goals.

In his many travels to the region – more than any other U.S. President – President Obama has laid out such a vision for the Asia Pacific and for the world.  In Hiroshima, he invited us “to see our growing interdependence as a cause for peaceful cooperation and not violent competition; to define our nations not by our capacity to destroy, but by what we build.”

The alliances and partnerships represented in this room are the foundation for the future we are building together.  Thank you for your leadership in continuing this important discussion between our countries, and I look forward to this year’s dialogue.