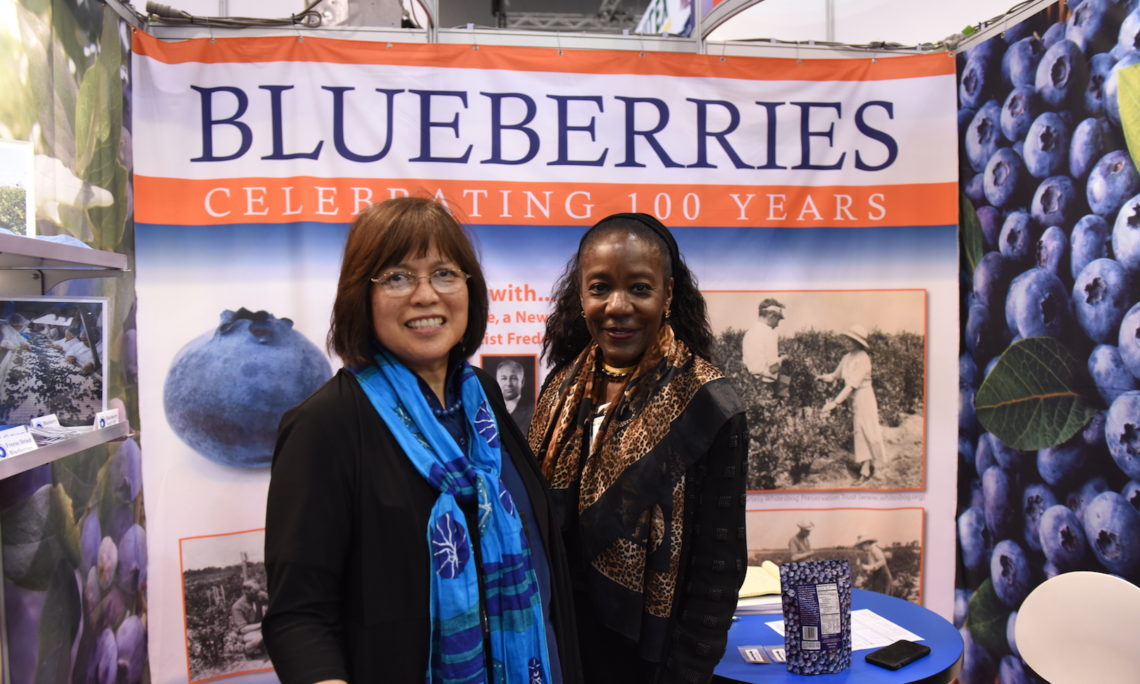 From blueberries to bacon, pear cider, peppermints, and avocado chips, the USA pavilion at Fine Food Australia was home to a huge range of American food products in Melbourne.

Consul General Frankie Reed of the U.S. Consulate General in Melbourne was one of a number of visitors to stop by the USA pavilion, remarking that:

“For American producers, Australia is one of the fastest-growing markets for food and agricultural exports.  Indeed, the fact that Australia is in the Southern Hemisphere and the U.S. in the Northern means we can serve as complementary “off season” suppliers of high-quality foods such as fruits and vegetables, as well as year-round for products that are not seasonal.”

The event, which has been running for more than thirty years, is the largest trade show in the southern hemisphere and helps U.S. suppliers bring an exciting range of U.S. products to Australian retailers.