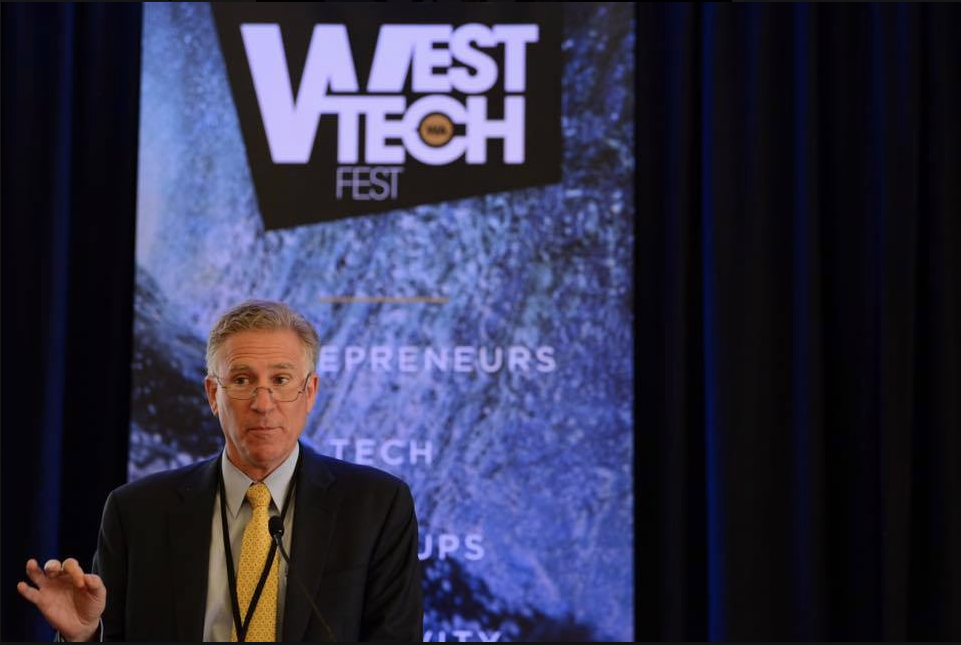 Ladies and gentlemen, it’s a pleasure to be with you—both personally and on behalf of the U.S. Mission in Australia. I’m down to speak this morning on the U.S. as Australia’s ally in innovating for the 21st century and really, what better place to start the conversation than right here with our West Tech Fest partnership?

This is the Embassy and Perth Consulate’s fourth year with the Fest and, as always, it’s exciting to listen to the breadth of knowledgeable speakers who’ve been brought together; to hear the discussions taking place on the sidelines; and to learn about the technological innovation underway in almost every imaginable sector.

But do you know what’s even more exciting? It’s getting to see what happens when the Fest wraps up. When the lights are turned off, the stage is packed up and everyone goes home, taking with them all of their new networks and ideas—that’s when the magic happens.

Take the start-up company, ChinUp. In 2015, our Embassy sponsored a young entrepreneurs’ boot camp during the West Tech Fest and those winners have continued to innovate and achieve over the past two years. ChinUp was one such participant and it went on to place as a semi-finalist for the West Australian Innovator of the Year Award. Its founder, Matthew Oldakowski, has developed a neck support device that, unlike a standard bulky neck brace, provides stability and allows the wearer great movement—it’s a great medical innovation.

Since our bootcamp, ChinUp continued to develop and test the product which is now scheduled to be manufactured in China by the end of January. Matthew is also an Assistant Director at Spark Co-Lab here in Perth, funded by KPMG and affiliated with Stanford University’s Spark Global program. And he’ll head to Stanford in January to participate in their Spark program for several months.

The Perth Spark Co-Lab was actually founded by another Australian, Kath Giles, and last week Kath was in Hyderabad, India as one of Australia’s delegates to the U.S. Government’s 2017 Global Entrepreneurship Summit. Kath’s work with Spark Co-Lab brings together universities, researchers, and the business community—it’s collaboration that really drives the empowerment of entrepreneurs. This was exactly what this year’s GES hoped to achieve. Matthew and Kath are both excellent examples of the opportunities on offer through our government and institutional cooperation.

This year, we’re sponsoring the Young Innovator Competition, which takes place in Geraldton tomorrow. I keenly look forward to learning about the great ideas bubbling away in the minds of Western Australian students that help make their city smarter. And I’m most excited to learn how their innovative ideas will progress for years to come. That’s the best bit!

The U.S.–Australian innovation alliance operates at full steam across all levels—from kids sharing skills online and students forming connections through exchange programs; to start-up entrepreneurs connecting with investors, or governments and multinationals working to shape the future of productivity, livability and sustainability.

These latter partnerships are particularly interesting to support and watch as they unfold and harness the power of technology on a large scale. Six Australian cities, for example, have taken up IBM’s Smarter Cities Challenge since it launched 2010, leveraging modern tech and analytics capabilities to become more instrumented, interconnected, and intelligent. These six cities include both Perth and Geraldton, which highlights this region’s incredible, forward-leaning pursuit of innovation.

Further east, in 2015, the tech company Cisco named Adelaide as its first Lighthouse City in the Southern Hemisphere, giving the city access to their global network and partnership in the Internet of Things. This is a partnership that enables Adelaide to develop and pilot new urban services for its community. And of course, Cisco has already established Innovation Central Perth right here on the west coast, in partnership with Data61, Woodside Energy, and our West Tech Fest partner Curtin University. These are examples of public and private enterprise working together to meet the challenges of 21st century cities. They’re building networks, sharing knowledge, and creating opportunities. It’s pretty exciting stuff!

But government partnerships aren’t essential to deliver these strong community outcomes. Look at American companies like Alcoa, which has operated in regional WA for more than half a century as one of the more stable, long-term employers in the resource sector. Alcoa’s 4000+ employees live near their workplaces, and Alcoa is recognized for its work in gender equality and environmental rehabilitation. Not all innovation comes in the form of shiny new gadgets.

Similarly, companies like Albemarle are supporting wider innovation in less obvious ways. Albemarle is one of the forces behind the Greenbushes mine just to our south—the world’s largest lithium mine. And lithium is a vital input for some of the 21st century’s most groundbreaking products, like electric cars, smartphones and renewable energy systems.

Innovation isn’t a one-way street, and like Matthew who I mentioned earlier, who is building connections with U.S. research institutions, Nuheara is another great Perth-based firm who’s moving in the other direction and reaching out to the American market. Nuheara released their revolutionary wireless earbuds last year, which both augment an individual’s own hearing and support hands-free connection to their smart devices. The IQBuds are being manufactured by a U.S. company, Flextronics, and retailed through Amazon and Best Buy, and Nuheara have offices in both San Francisco and New York.

The opportunities to participate in and strengthen the U.S.–Australian 21st century innovation alliance are almost endless—whether you have a foundling idea, you have money to invest, or you’re growing your company. And the reason we have such opportunities to explore and develop ideas as partners is because of our shared business culture. Each of our countries promote and depend on firm operating principles: reliability, fairness, and open market access. Some places simply don’t offer that predictability or ease of doing business—we’re fortunate to have doors opened to us to freely collaborate both here in Australia and in the United States. It’s this freedom that really allows innovation to thrive.

So go forth! There has been and there is still an outstanding program of events on offer this week with speakers who have a wealth of knowledge and experience under their belts. I’m confident you’ll all take something away from the 2017 West Tech Fest—whatever your aim is here. But like I said, it’s what comes next that’s the exciting bit! Thank you.