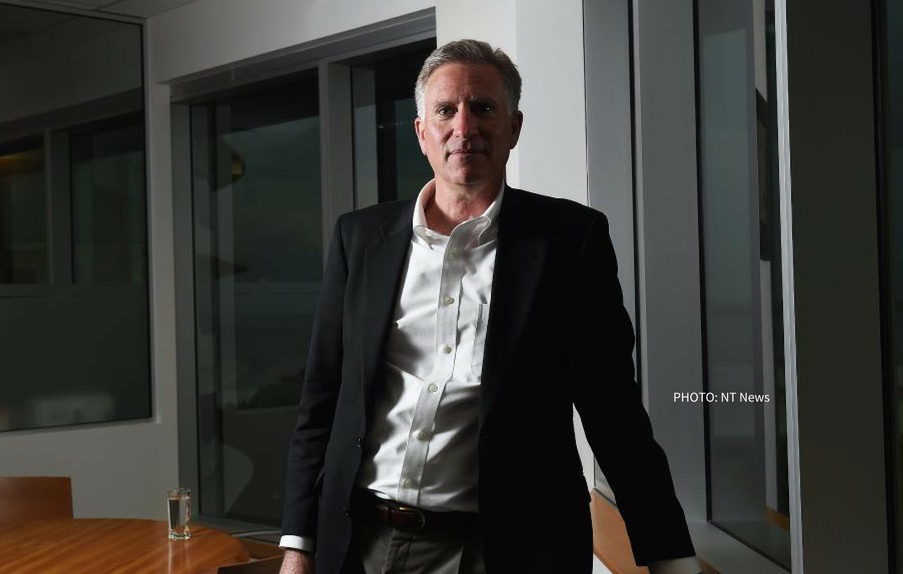 I am delighted to be here! This is the third year that the U.S. Embassy and our Consulate General in Perth are not just participants, but partners with West Tech Fest and the OzApp Awards.

It is a great way to end the year – always on a high note, always looking toward the future. This is something Americans and Australians both excel at.

I want to use my time here today to reflect on what made 2016 a tremendous year for U.S.-Australia innovation, and set the stage for decades to come.

Just last month, I was honored to help inaugurate a brand new satellite dish at CSIRO’s complex in Canberra. This dish is the latest addition to the already impressive, leading edge Deep Space Network. As we speak, DSN Canberra is tracking the Cassini and Soho missions. How do I know? Take a look at the “DSN Now” website. You too can follow along on NASA’s deep space missions. This year, the dishes in Canberra directed NASA’s space probe Juno into orbit around Jupiter – an amazing technological feat! And, our astronauts and scientists will employ the dishes in the greatest human endeavor of this century: the Journey to Mars.

In July, Vice President Joe Biden visited Australia to highlight our cooperation in three rapidly advancing areas – biomedicine, advanced manufacturing, and entrepreneurship. Top Australian and U.S. institutes have joined the Vice President’s Cancer Moonshot – an unprecedented global cancer research network. They are sharing data and collaborating on new therapies that will benefit thousands of cancer patients in Australia, in the United States, and worldwide.

While I am talking about cooperation in the medical field, I want to give a shout out to Spark Co-Lab – a biomedical accelerator born at Stanford University that has found fertile ground here in Perth. I may not fully understand the science behind the medical breakthroughs I saw pitched on Monday at Spark, but I know they are going to not only change but improve lives around the world.

The United States and Australia collaborate across so many fields. In July, we signed an agreement to develop 21st century transportation systems. This initiative draws on Australia’s success with private-public partnerships. It will result in safer, cheaper, and more efficient transportation; which will help to make our cities smarter, greener, and more liveable.

In June, eleven Australian entrepreneurs and innovators joined President Obama and 1,000 other participants from around the world at the Global Entrepreneurship Summit in California. They met in San Francisco, where Australia opened one of its first “Landing Pads” under the National Innovation and Science Agenda. The landing pad is just one way NISA has been a tremendous boon to the U.S.-Australia innovation partnership.

Last year’s OzApp finalists and winners are reaping the benefits. As are the winners of the U.S.-sponsored young entrepreneurs’ boot camp at the 2015 West Tech Fest. The creators of ChinUp were semi-finalists for the West Australian Innovator of the Year Award. Another winner, Veri.vote, has joined the Vocus Upstart accelerator program after generating a lot of interest in their secure voting application – no doubt generated by both U.S. and Australian elections.

This year, we have teamed up with West Tech Fest to bring a regional entrepreneurship boot camp to Geraldton – “Operation Groundswell” – which focuses on early stage start-ups in WA’s midwest region. We are also partners in “Australia 2.0: Countering Online Hate,” a hackathon aimed at countering violent extremism. I heard the hackathon participants’ final pitches yesterday and am so impressed by their ingenuity and passion.

There is truly no limit to what we can achieve when we work together. Exploring the cosmos. Sharing ideas, technology, and research. Devising creative solutions to global challenges.

Our mutual success is greatly helped by Aussies’ remarkably good access to the United States. Australian government programs like G’Day USA and the San Francisco Landing Pad help you make the right connections. Similarly, through SelectUSA, the U.S. Foreign Commercial Service plays matchmaker between U.S. and Australian companies and investors. Plus, Australians are the only people in the world eligible for E3 visas. There are 10,000 of these visas available to Australian businesspeople who want to live and work in the United States.

I have every expectation the coming year will bring us ever more opportunities for partnership and growth. Starting today!