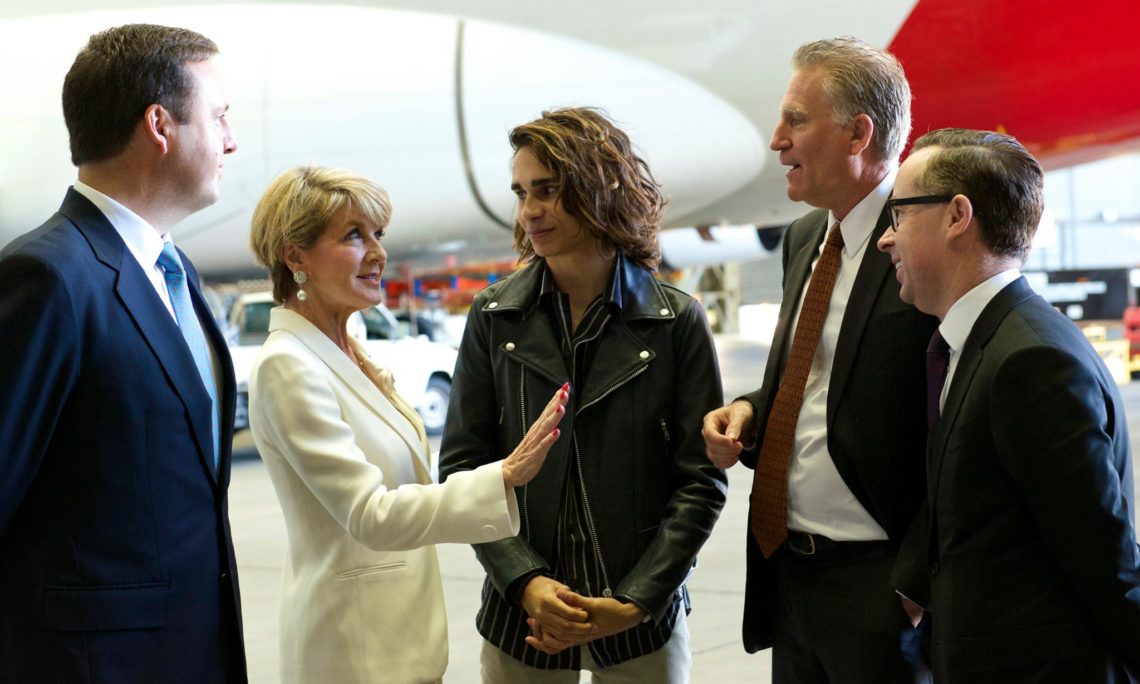 Thank you to everyone here – the G’Day USA sponsors and partners, and of course Foreign Minister Bishop and Minister Ciobo – there are no better friends of the United States and promoters of the U.S.-Australia relationship than these ministers. You all make my job much easier.

For one, Qantas and American Airlines have found a way to make an 18-hour flight from Texas enjoyable and relaxing, so I and everyone at the Embassy are very grateful for that; thank you Alan.

And, because of G’Day USA, I have a lot of help touting the benefits that await Australian businesses, entrepreneurs, and investors in America. So, I don’t need to remind Australians that the United States is the world’s largest market, with a population over 300 million, and the world’s largest economy, worth $18 trillion U.S. dollars. And, I don’t need to highlight Australian success in America across all industries – film and fashion and food and finance.

What I will do is talk briefly about how the U.S. government makes your job easier.

Our free trade agreement is set up for mutual success, and we have reaped its rewards for over 10 years. Among the many advantages it provides, are unique opportunities that help Australians travel to and work in the United States – such as E3 visas. Of all the work visas offered by the U.S. government, the E3 is the easiest to apply for, and the fastest to obtain, and it’s only available to Aussies. There are 10,000 E3 visas available each year and too many go unused, straight through to the keeper.

With an E3 in hand, an enterprising Australian has unprecedented access to a business environment that is transparent, rules-based, and predictable. Former Australian Ambassador to the United States Kim Beazley has urged Australians to set up shop in America because that is where, in his words, they get “fair treatment.” High praise indeed from an Australian.

The U.S. Foreign Commercial Service – with offices in Sydney, Canberra, and Perth – plays matchmaker between U.S. and Australian companies and investors. In June of this year, its SelectUSA Investment Summit brought 2,500 participants from 70 markets – including Australia – and 52 U.S. states and territories together in Washington, D.C. I know that Australian business leaders are already looking forward to the next summit in June 2017.

I’ll stop preaching to the choir now, and end with one final encouragement: we are in the business of doing business. The U.S. Embassy and our Consulates in Australia stand ready to help you succeed.

Congratulations on the launch of G’Day USA 2017! It’s going to be an exciting year!