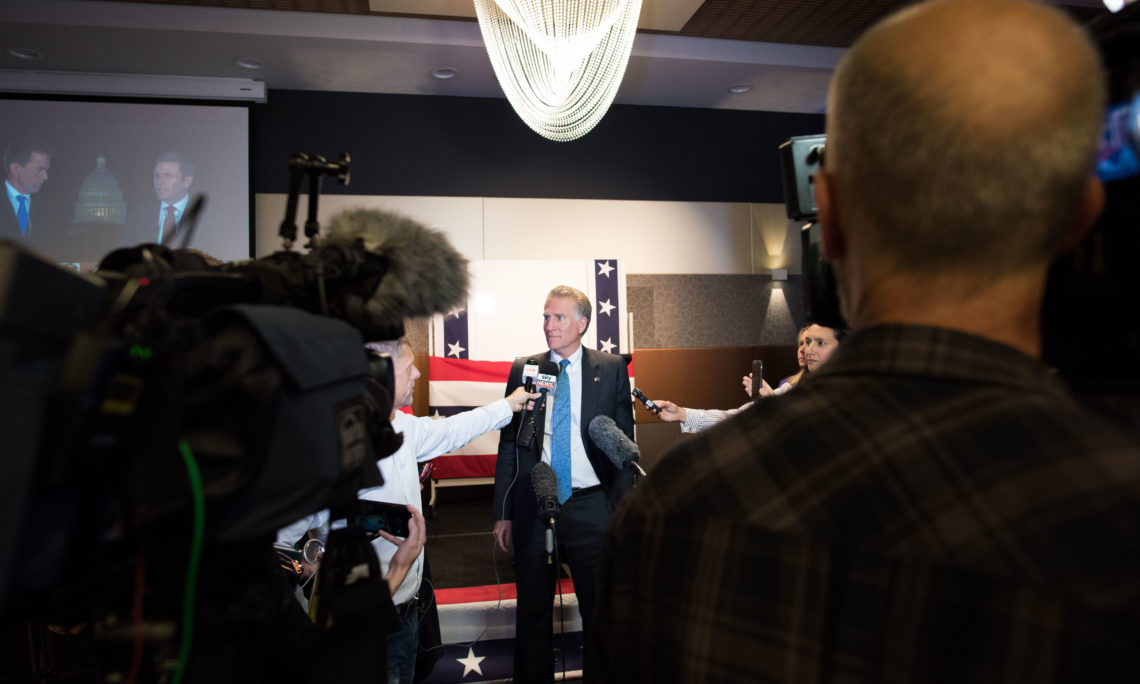 It is great to see such a crowd! Welcome to you all! Welcome to the final day of one of the most watched, most anticipated U.S. presidential election campaigns.

This has been an unprecedented and extraordinary election, with not just the usual commentators, but politicians and officials across the spectrum and across the world weighing in with their opinion on the candidates. I, of course, will not.

What I will say is that I have faith and pride in America’s strong, enduring democratic traditions. It is true that this election has exposed some fault lines in American society and politics. But, such divisions do not diminish us. Instead, they push us to face them, to do better, and be better. We don’t hide our differences, we argue them out – loudly, passionately, sometimes brutally – this isn’t new.

Two of our founding fathers – John Adams and Thomas Jefferson – both of whom helped write our Declaration of Independence – ran against each other in the election of 1800. These learned men of letters exchanged outrageous slurs – fool, weakling, hypocrite, criminal, tyrant, coward; and many more I would rather not share in polite company. So, we have a long tradition of colorful political sledging. Just imagine if Twitter had existed in the 19th century.

But, as Americans have countless times in the past, we will again rise to the occasion – to peacefully cast our ballots and transfer the presidency. Alexis de Toqueville said that “the greatness of America lies not in being more enlightened than any other nation, but rather in her ability to repair her faults.” That is the true nature and beauty of democracy.

Every election reminds me of a previous U.S. presidential election; 1972 to be exact, when as a teenager I lived in Greece with my family. I followed the election of Richard Nixon while living in a country ruled by a dictator. A dictator who the Greeks would overthrow two years later in 1974, bringing democracy back to its birthplace.

From the moment I cast my first ballot in 1980 until today, I always think of Greece on Election Day; and so have never taken my right to vote for granted.

1972 taught me that although democratic elections may be lengthy, messy, and sometimes ugly – the more diplomatic word would be hard fought – the alternative is far worse. Respect for the will of the people is one of the many values that unite Americans and Australians.

It’s why our people have fought and died to preserve nations “of the people, by the people and for the people.”

The complex and varied connections that comprise not just the bilateral U.S.-Australian alliance, but our partnerships across the globe, are based on such common values. Our mutual commitment to democracy, freedom, and the rule of law provides a rock solid foundation for our relationship.

So please enjoy today’s festivities confident with this knowledge. Thank you for joining us for this historic occasion – let’s enjoy the party and celebrate democracy in action!