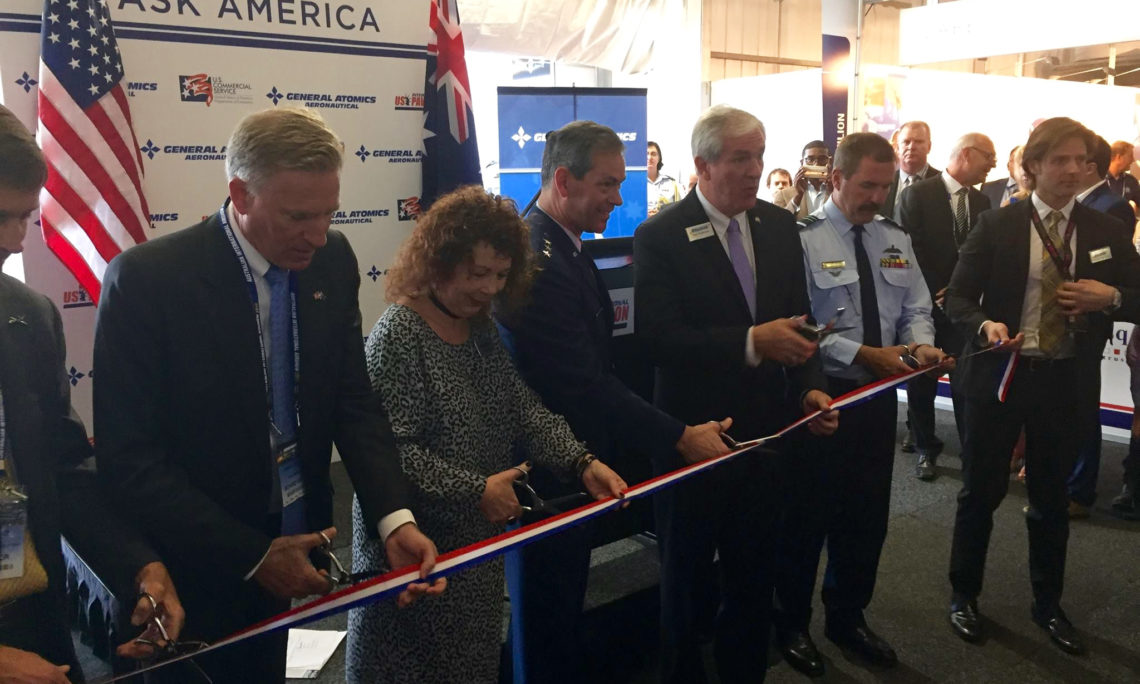 Speaking in Sydney last December, Admiral Harry Harris, Commander of the U.S. Pacific Command, said: “Our alliance is both defined by its storied past and invigorated by its boundless future.” So I hope you’ll indulge me this morning as I tell a story from our shared history – from 74 years ago this week.

On February 28, 1943, at the height of World War II, a large Japanese convoy set out from Rabaul, Papua New Guinea, destined for Lae. The U.S. Fifth Air Force, flying with Australian air crew, plus two squadrons of the Royal Australian Air Force, set out to stop them. In the resulting Battle of the Bismarck Sea, the Allies emerged victorious. In part, because the U.S. and Australian pilots pioneered new and innovative tactics; including simultaneous attack from varying altitudes and directions and low-level strafing.

The A-20 and B-25 aircraft converted into strafers for this mission were the WWII-era antecedents of today’s modern air inventory – the F/A-18 Super Hornet, P-8 Poseidon, and, of course, the F-35 Lightning II. These planes are the latest chapter in the story of shared U.S.- Australia air power, air ingenuity, and air interoperability. They will shape that “boundless future” of our alliance.

Securing our common future is why nearly 100 U.S. companies – a record number; the U.S. states of California, Connecticut, Maryland, Oklahoma, and Oregon – also a record number; and our distinguished guests from the U.S. Departments of Defense and Commerce have all joined us here at Avalon – a unique and important biennial event.

This robust American presence is proof that the U.S.-Australia alliance is stronger than ever. Avalon’s marriage of defense, civil aviation, and aerospace also reflects the breadth of our relationship, and the global realities of our modern world.

Our two countries will use every tool at our disposal to protect and enhance the rules-based international order, pursue economic growth and prosperity, and respond to all threats to regional stability. This is why our militaries are pursuing record high levels of interoperability, and our industries are innovating like never before.

I am very pleased to see the emerging partnership between U.S. company General Atomics and Australian defense industry leaders in support of Project AIR 7003 – through which the Australian Defense Force will acquire the capacity to deploy remotely piloted aircraft for both strategic and humanitarian missions.

I have already mentioned the F-35 Lightning II, more commonly referred to as the Joint Strike Fighter, which you will see on display later this week. With all the attention given to this next generation aircraft, the economic benefits to Australia are often overlooked. The extraordinary cooperation between Lockheed Martin and Australian partners has created thousands of jobs across five Australian states. And, I should add, at the height of production, the F-35 is projected to generate up to $4 billion U.S. dollars in exports for Australia.

The fact is, there are dozens of stories like this to tell. Avalon provides a one-of-a-kind forum for emerging technologies and new opportunities – on both the defense and the civilian sides of the ledger.

Avalon makes clear why the United States is and will remain Australia’s largest foreign investor and the top destination for Australian investment overseas. It is our mutual investments that make us safer, wealthier, and better positioned to meet the challenges of the twenty-first century head on.

This year, and every year, we stand side by side to commemorate key World War II battles – the bombings of Pearl Harbor and Darwin, Coral Sea, Guadalcanal, the Bismarck Sea. It is important to remember that these battles were fought in defense of freedom and liberty. They were fought to secure the rights of many, not the few. And, they were fought to ensure a world that is peaceful, prosperous, and principled.

I thank all members of our armed forces for their dedicated service, and all of the companies here today for their contribution to our success. Thank you.