The U.S. Consulate General Melbourne is excited to announce the launch of a new podcast series, 37 Degrees Latitude!

If geography is destiny, there must be something special about 37 degrees latitude.  At 37˚S, you’ll find Melbourne, Australia; at 37˚N, you’ll find Silicon Valley.

In this podcast series, major Australian startups like Culture Amp, CloudPeeps, Blackbird Ventures and 99 Designs share their insights on how they made it big in the U.S.

Hosted by Mike Kleine, the U.S. Consul General to Melbourne, the series explores the highs and lows of what it takes to grow an Australian business in the U.S; Australia’s most important economic partner with a two-way trade partnership worth more than $80 billion dollars annually. 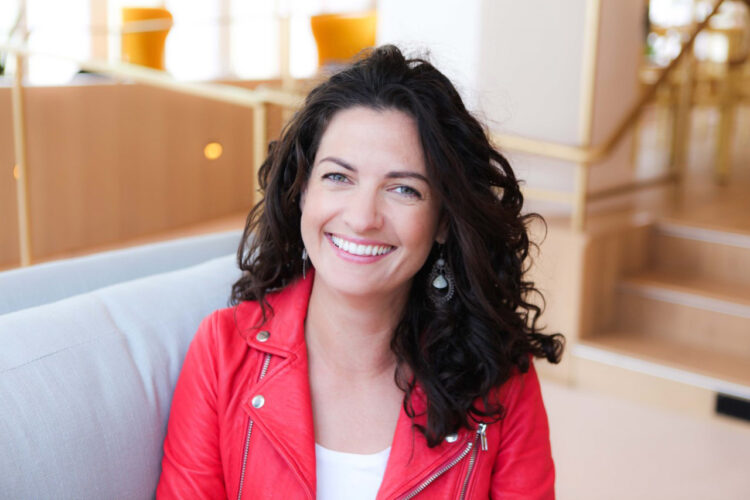 For the final episode of 37 Degrees Latitude Season 2, Meggie Palmer is on a mission: fixing the gender pay gap by empowering women with the technology they need to fight for the pay they deserve. A journalist by background, Meggie came upon the idea for PepTalkHer when she experienced her own inequality at work.

Meggie realized women aren’t taught the skills to negotiate and position for a promotion. Living by the wise words, “leap and the net will appear,” Meggie moved to the United States and started working on her idea: a platform to help women track their success and understand the value they bring to their company.

U.S. Consul General Mike Kleine hosts Meggie to discuss her U.S. success story, the importance of getting comfortable having uncomfortable conversations about money, and moving the needle on a global issue. 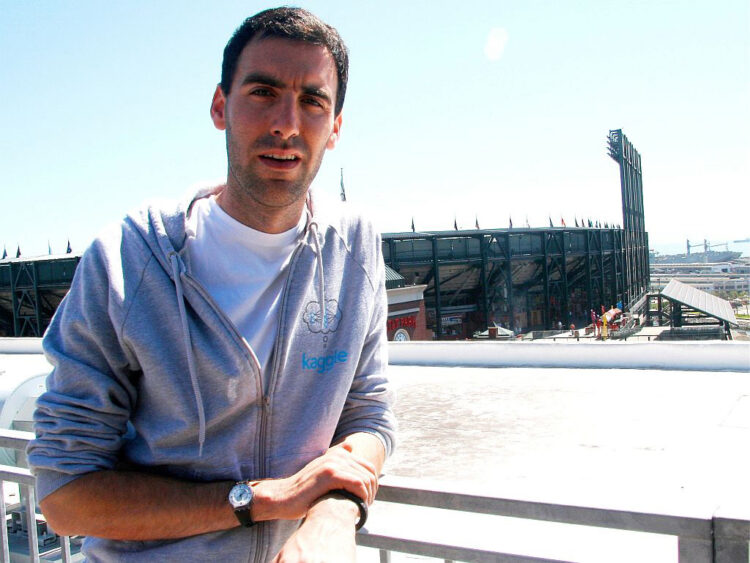 Anthony Goldbloom is bringing together the world’s best data scientists to solve incredibly challenging problems with data and AI.  For Anthony, being an entrepreneur in Silicon Valley was never on the radar, but an uninspiring job with the government, some free hours each evening, and a love of programming was all he needed to start a big idea: Kaggle.  Launched in 2010, Google acquired Kaggle in 2017 and Anthony stayed on as CEO – building the company and going from strength to strength.

Kaggle is like a virtual colosseum for data scientists, where the best compete to build problem-solving algorithms for prizes.  Over the years, scientists on Kaggle have tackled mapping dark matter, aggregating COVID research, predicting earthquakes, and teaching AI to chat like characters on Star Trek.

U.S. Consul General Mike Kleine hosts Anthony to reflect on the importance of a move to the U.S. with the E3 visa, the traps of self-deprecation in Silicon Valley, and how to build a vibrant and healthy online community. 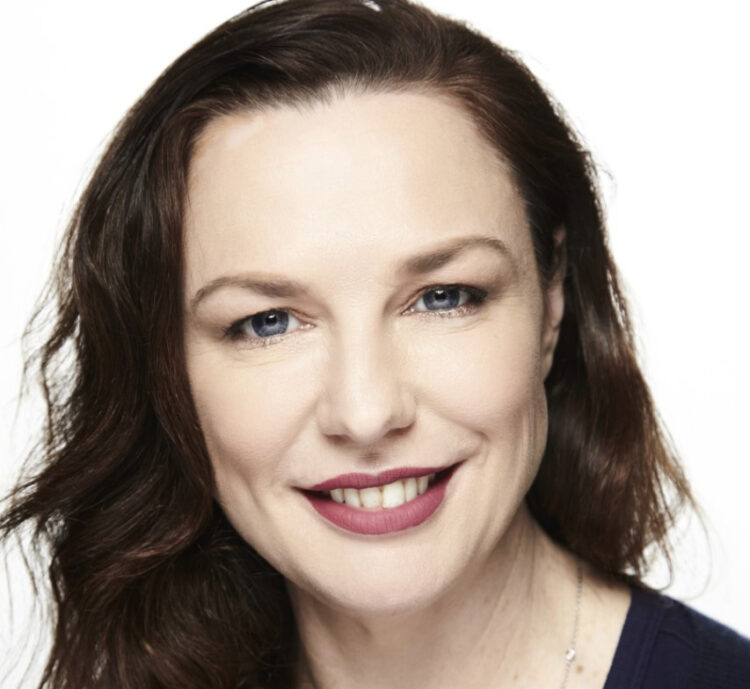 Vanessa Wilson walked the path so many entrepreneurs aspire to – an innovative idea, a gap in the market, expansion, and acquisition.  That innovative idea, born from the loss of family photos after losing a laptop, was StorReduce – backups in the cloud.  StorReduce, founded in 2014, developed world-leading technology to reduce the cost and time associated with moving, storing, backing up and analyzing large amount of data through its unique de-duplication capabilities.

Now living in Aspen, Colorado, Vanessa started out as an Australian based lawyer with a talent for communication and hustle. Together with her co-founder, Hugh Emberson, Vanessa knew the power of their product, choosing to scale and sell it to the U.S. enterprise market. Springboard Enterprises Australia (SBE Australia) and Heads Over Heels helped StorReduce find their partners in the United States and the E3 visa helped Vanessa to move and establish an all-important local presence.

After partnerships with Amazon, Google and other major names, Pure Storage acquired StorReduce in 2018.  Vanessa’s advice for entrepreneurs? Do it! But know that you need to track your unique product, work out your market and partners, and figure out your financial journey. 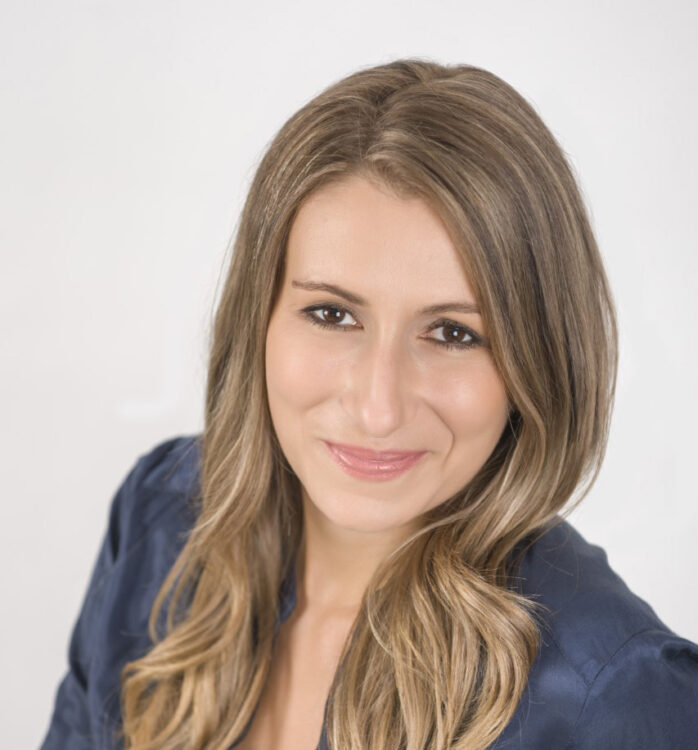 Flavia Tata Nardini is connecting the world – one nanosatellite at a time, before moving onto her next project: connecting the Moon and Mars. A rocket scientist from Italy, now living in Adelaide, Flavia’s company Fleet Space Technologies is now attracting attention – and capital – from both Australia and the United States.  Investors all believe in Flavia’s vision of the future: an interconnected Internet of Things (IoT) reliant on billions or trillions of sensors.

Founded in 2015, Fleet Space is deploying nanosatellites the size of a shoebox to democratize access to data. Through these technologies, the world is moving beyond the historic norm of billion-dollar satellites atop billion-dollar rockets, representing a step-change like the move from room-sized computers to smartphones.

Flavia is an inspiration for a generation of female founders but believes it’s her dtrive to be the best that built her success. And her advice for other founders? Don’t do it… it’s hard work! But if you’re passionate enough, she knows you’ll ignore that advice. 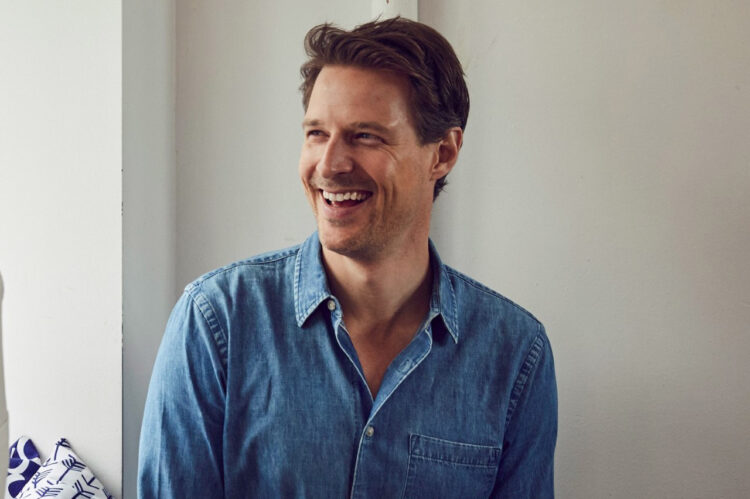 Nick Stone knows the power of the underdog, where sometimes the bottom team can beat the top team, simply because they have nothing to lose. Now on his third career, Nick Stone is using his AFL and banking skills to create a sensation: bringing Melbourne coffee to the U.S. through his incredibly popular Bluestone Lane.

Starting his career in the AFL, and working his way around the world in finance, Nick joins Consul General Mike Kleine on 37 Degrees Latitude to talk about commitment, customer-centricity, and coffee culture.

Bluestone Lane grew from a single basement café on Park Avenue in 2013, to a network of over 40 cafes spanning the United States. COVID-19 has hit Bluestone Lane, but Nick explains the importance of making the tough decisions early, how valuable the U.S. market can be, and how a strong value proposition that will take a business to the next level. 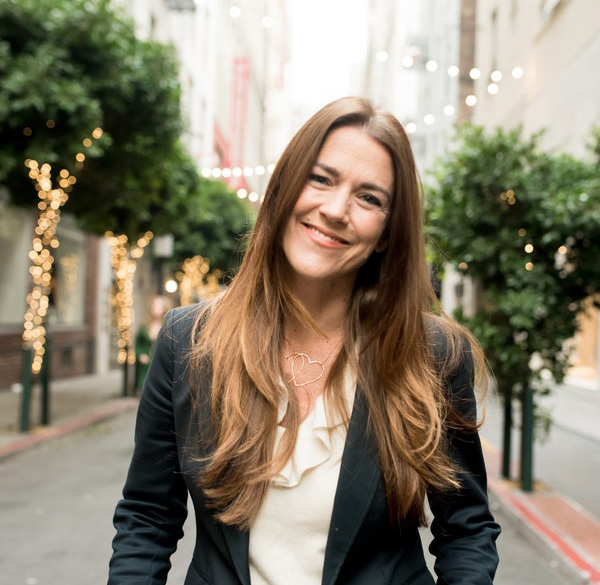 Maria Sipka found her purpose bringing consciousness and personality to advertising – creating a conduit between brands and people. After years of globetrotting, Maria has lived by the entrepreneur’s mantra: “the joy is in the journey.”

Maria Sipka, Chief Evangelist and co-founder of Linqia, a company at the forefront of influencer marketing kicks off season two of 37 Degrees Latitude, talking about her incredible global journey from Australia to San Francisco via Switzerland, Germany, and Spain.

U.S. Consul General Mike Kleine hosts Maria to reflect on the importance of passion, having a great co-founder, and knowing how a carefully timed move to the U.S. market can turn a startup’s fortunes around.  A founding member of the “attention economy,” Maria started Linqia when influencer marketing barely existed – an industry now worth billions. 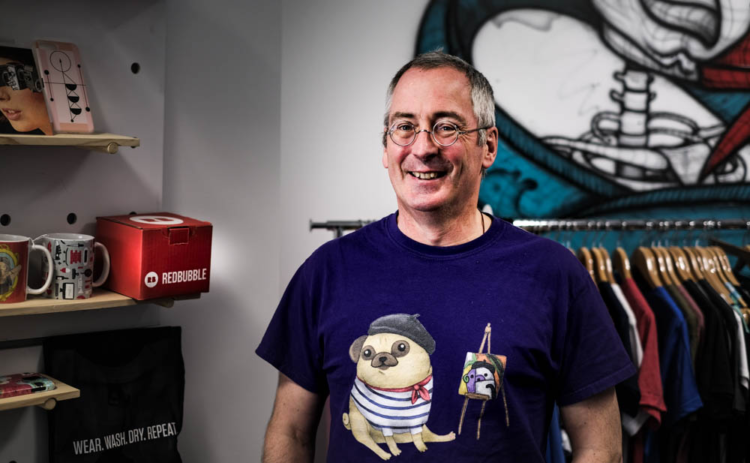 Martin Hosking recognizes all startups need two things: “the gap in the market and the market in the gap.”

This week on 37 Degrees Latitude, Martin Hosking, CEO and co-founder of Redbubble, talks about a career that spans international diplomacy, Web 1.0 startups, the dot-com bubble, an Australian unicorn, and now, an Australian based print-on-demand marketplace supporting artists around the world.

U.S. Consul General Mike Kleine hosts Martin to reflect on the lessons learned in his career that include the value of focus, the realities of building a business with a global mindset, and navigating delayed-onset culture shock – with a little help from the San Francisco Giants. 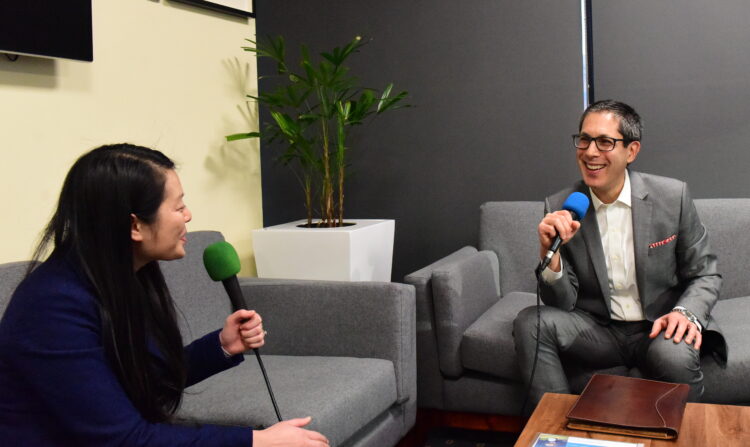 Evelyn Chan thinks more about the big picture after her experience in the U.S. because Americans “want to see the whole thing.”

This week on 37 Degrees Latitude, Dr. Evelyn Chan, MD, and CEO of Smileyscope talks about navigating pitch meetings, building a proven medical technology from the ground up, and introducing Poggles the Penguin to the world.

Smileyscope, a virtual reality medical device, is taking off both in Australia and the United States thanks to an innovative product, some warm contacts, and both Americans and Australians who were willing to go out of their way to help a new business.

U.S. Consul General Mike Kleine hosts Evelyn to find out more about how gymnastics, pediatrics, and an Italian village combined to build a cutting-edge business that turns needle procedures from something scary into an undersea adventure. 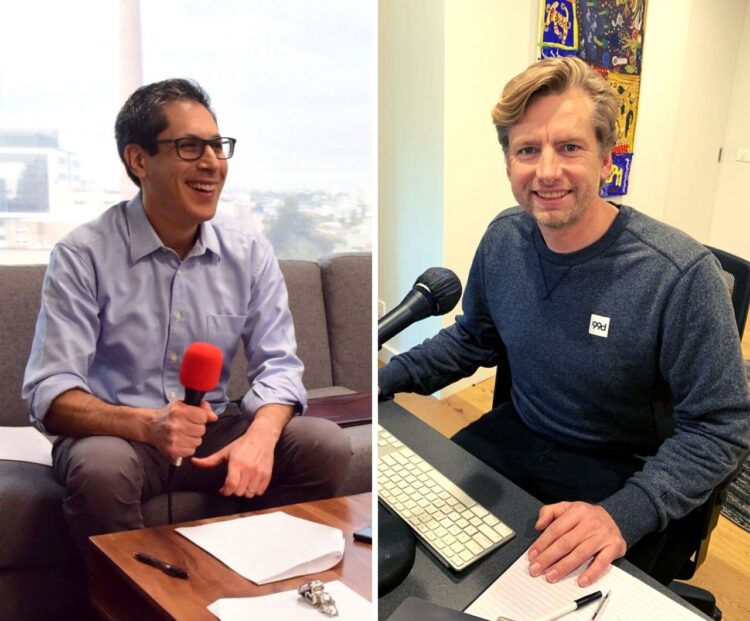 Patrick Llewellyn thinks the U.S. is “The land of anything is possible”

…and that hipsters everywhere are making great coffee these days.

This week on 37 Degrees Latitude, Patrick Llewellyn, CEO of 99 Designs talks about his journey from the circus in Melbourne to loaning Instagram some internet bandwidth in San Francisco, and growing a truly international business.

Patrick found his success in San Francisco with the help of fellow Aussie entrepreneurs, the E3 visa, and by building a culture-first company, all while reveling in his company’s “unique Australianness.” U.S. Consul General Mike Kleine hosts Patrick to dive into Patrick’s story that winds its way through a winery, a condemned startup hub, gruff Australians, polite Americans, and some average coffee – all of which helped shape his experience to grow 99 Designs at 37˚  north and south. 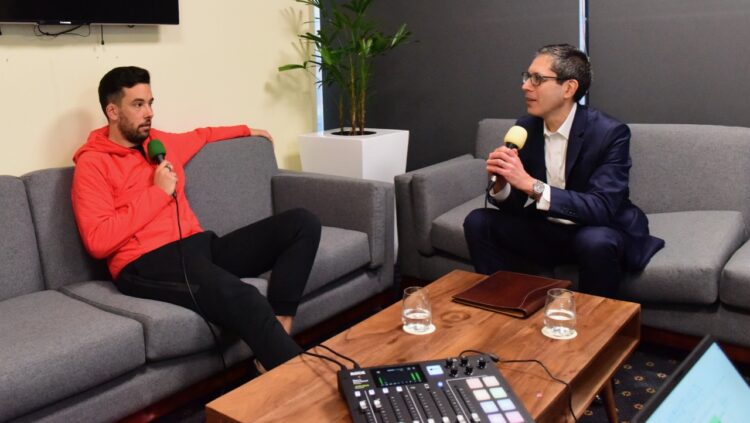 This week on 37 Degrees Latitude, Nick Crocker reflects on ambition, story telling, tall-poppy syndrome and the surface area of serendipity.

As a both a founder and an investor, Nick knows that a focus on the product is paramount, but timing and a little luck goes a long way when you’re trying to get started as an entrepreneur in both Australia and the United States.

U.S. Consul General Mike Kleine hosts Nick to investigate the secrets of his success that spans entrepreneurship in music, fitness, and venture capital at 37˚ north and south. 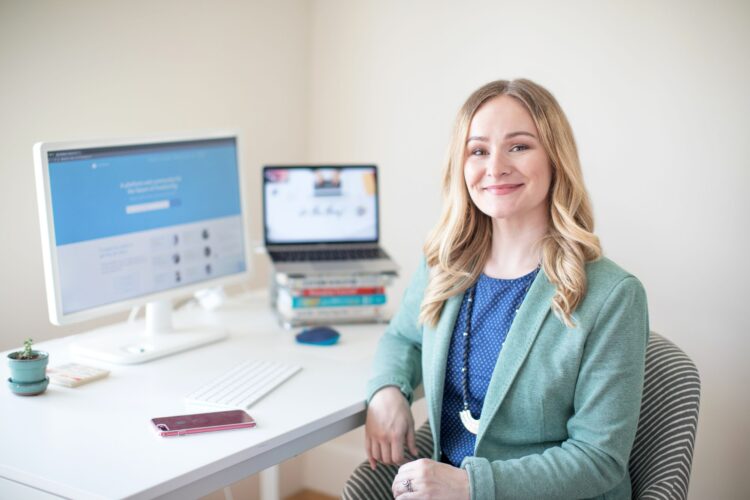 Kate Kendall knows “Fortune is in the follow-up.”

This week on 37 Degrees Latitude, Kate Kendall explains the diverse startup ecosystems across the United States, the importance of giving it a shot, and doubling down on persistence.

Kate knew where the future of work was heading, and founded CloudPeeps – well ahead of the curve, but also took time to pay it forward by starting the Australian Founders Network, so Aussie founders in the U.S. will always have a friendly door to knock on. U.S. Consul General Mike Kleine hosts Kate to discuss Australia’s special U.S. E3 visas, asynchronous communication, and the next generation of accessible female entrepreneurship through Atto accelerator. 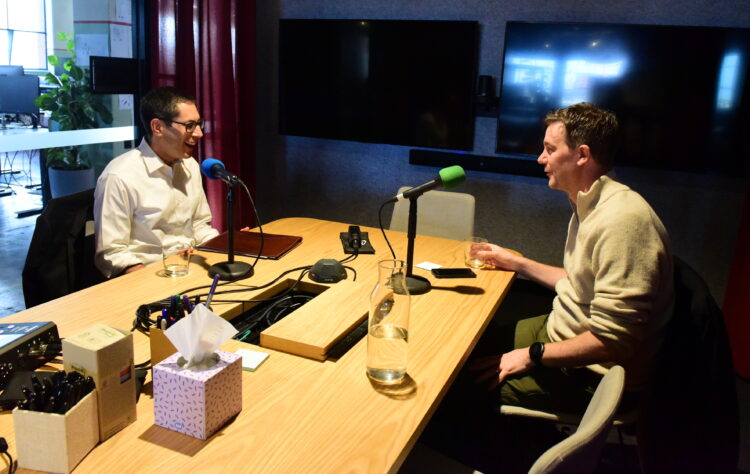 Didier’s journey to becoming not a unicorn, but a culture “koala-corn.”

This week on 37 Degrees Latitude, Didier Elzinga, the founder, and CEO of Culture Amp talks about his journey to become a global leader in building culture-first companies and a name synonymous with entrepreneurial success.

Didier knows the challenges of scaling a startup from four people in a coworking space, to a multinational success with offices around the world. But his most important piece of advice: show up. 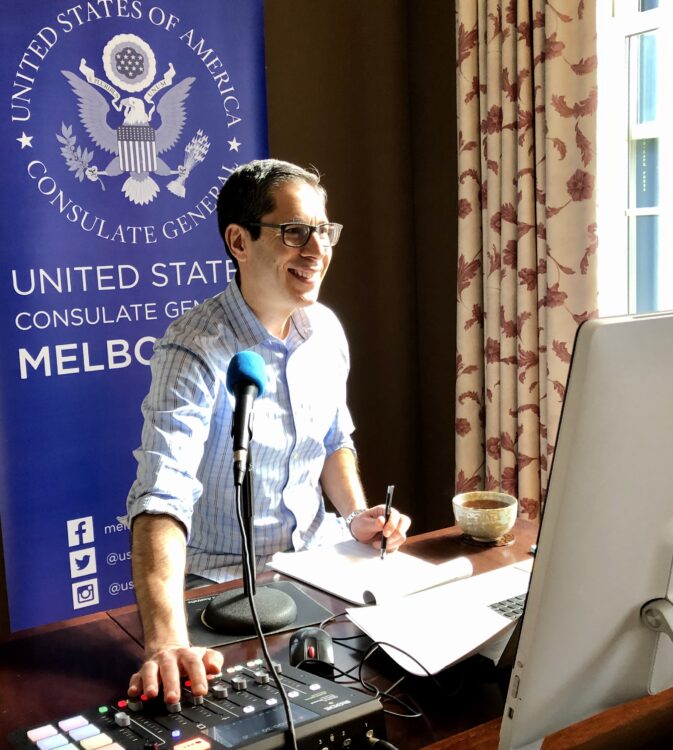 In this podcast, U.S. Consul General Michael Kleine meets the Australian founders and entrepreneurs who cut a path between 37˚ N & S and found capital, partners, markets and success in the United States.

As a former founder (remember Mike’s Mugs?) turned diplomat, Michael has a deep-seated interest in entrepreneurship, a fascination with innovation, and a passion for the U.S.-Australia relationship.