Home Home | News & Events | Building Prosperity: The importance of the United States to the Australian economy 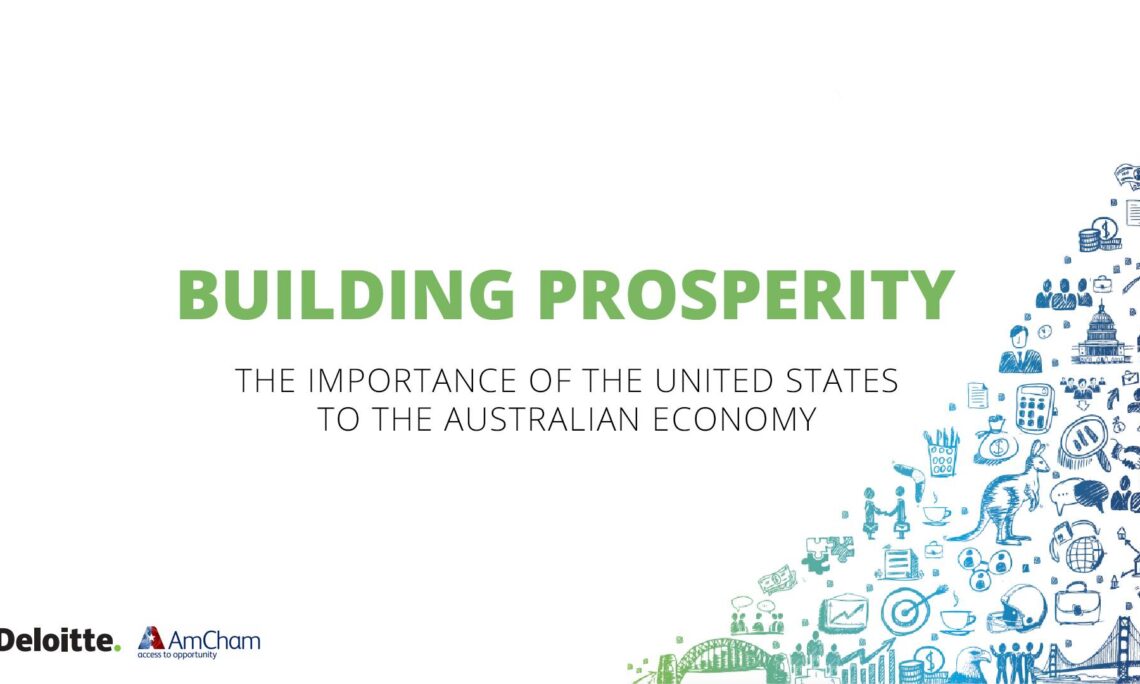 A ground-breaking new report, Building Prosperity: The importance of the United States to the Australian economy, was launched in Sydney this morning.

Building Prosperity has been commissioned by the American Chamber of Commerce in Australia (AmCham), produced by Deloitte, and details the immense value of U.S. trade and investment in Australia.

U.S. investment will be key to Australia’s recovery from the 2020 recession. The report notes that “over time, the economic links established between the two countries have been a key source of consistency and productivity for the Australian economy. That resilience is critically important now more than ever.”

Dr Brendan Nelson, Chairman of the American Chamber of Commerce in Australia and President of Boeing Australia, New Zealand and South Pacific, describes “The United States is Australia’s key ally. It is also the largest source of foreign investment in Australia, building our nation, creating jobs and increasing access to international markets for small, medium and large Australian businesses. This AmCham-commissioned study confirms that in 2018, two-way trade between Australia and the US, combined with income earned from US investment in Australia, generated a staggering 7% of Australia’s GDP. Facing pandemic-induced shocks to the global economy, the Australia-US trade and investment relationship is more important than ever.”

U.S. Ambassador to Australia Arthur B. Culvahouse Jr explains “American companies spend over $1 billion on research and development in Australia each year, driving productivity growth and innovation. Cooperation on quantum computing research between the University of Sydney and Microsoft; Boeing’s advanced manufacturing facilities across 38 locations in Australia; and Verizon’s Asia-Pacific Advanced Security Operations Centre in Canberra—these are all important examples of how we are working together on the technological frontier.”

View the full report via the AmCham website here