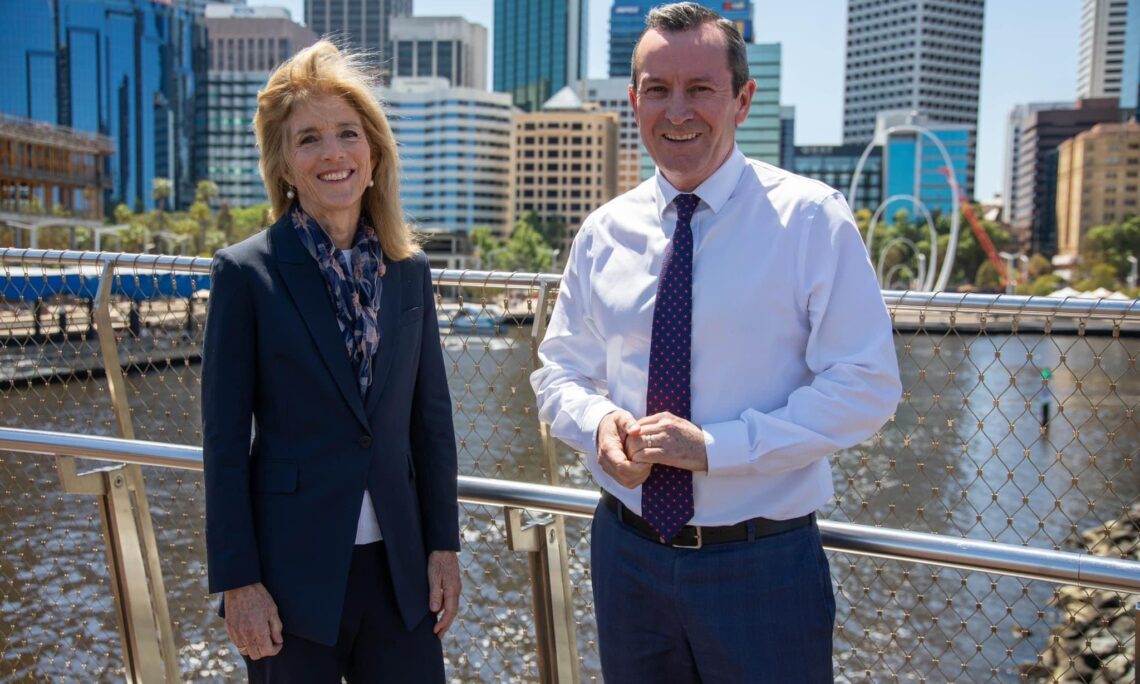 United States Ambassador to Australia Caroline Kennedy has made her first official visit to Western Australia to connect with people, government and the business community.She visited sites around the state from Port Hedland to Kalgoorlie, learning about WA’s mining industry, innovations in space technology, and Aboriginal culture and history.In Perth, Ambassador Kennedy met His Excellency the Honourable Chris Dawson APM, Governor of Western Australia, and the Premier of Western Australia Mark McGowan to learn more about WA and discuss opportunities to grow U.S.-Australian partnerships.

At Curtin University’s Space Science and Technology Center, the Ambassador heard about the team’s exciting research and multiple collaborations with NASA. She had the opportunity to see how students are building cube satellites and working with high schools in Australia and the U.S. to develop the next generation of space explorers.

Ambassador Kennedy was also pleased to join students at Clontarf Aboriginal College for a yarning circle to hear directly from young Indigenous Australians.

During the five-day visit, Ambassador Kennedy travelled to WA’s Pilbara region to experience innovations in green technology with Fortescue Future Industries and was impressed by FFI’s ambitious decarbonization plans.

“Decarbonizing mining and shipping industries will be transformative for the global climate effort. I’m proud to advance the Biden-Harris Administration’s efforts to find innovative solutions with friends and partners worldwide,” Ambassador Kennedy said.

In the Goldfields, the Ambassador toured WA company Lynas’ operations at Laverton and Kalgoorlie – the only producer of scale of separated rare earths outside of the People’s Republic of China.

“At all of these regional sites, I could see the U.S. contributions to Western Australia’s economy including through equipment and machinery.”

“It was especially exciting to meet with Lynas’ leadership, being the only Australian Stock Exchange-listed resources company with both a female CEO and chairperson.”

Ambassador Kennedy is the most senior U.S. Government representative in Australia and began her tenure at the U.S. Embassy Canberra on July 25, 2022.