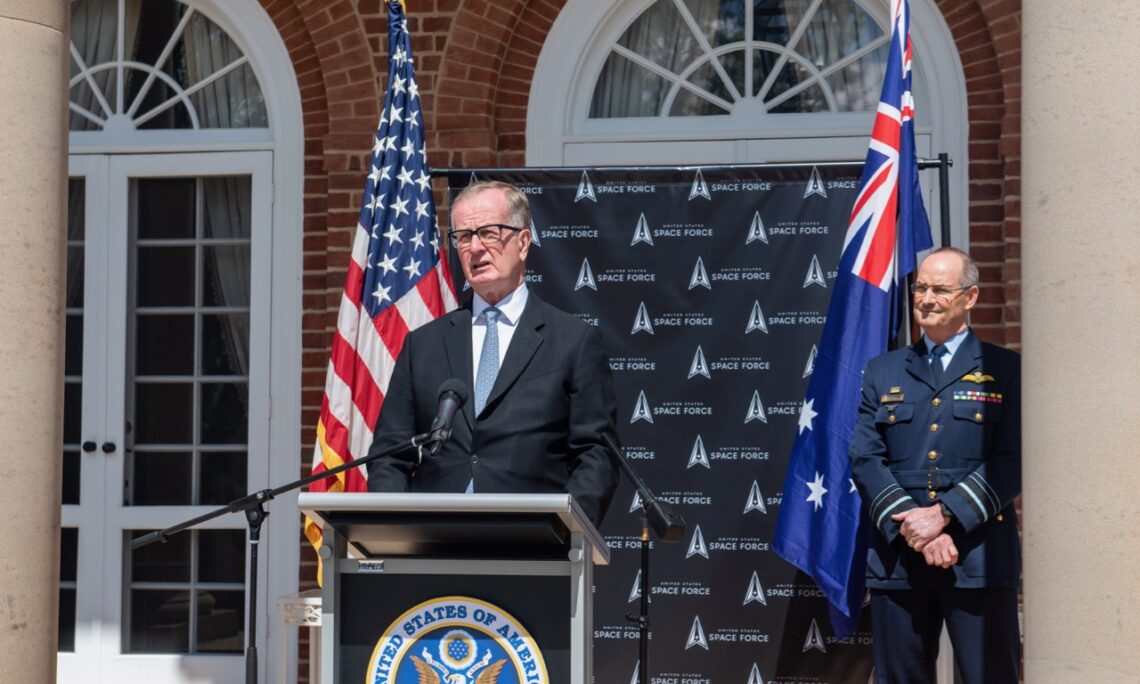 The United States is proud to be Australia’s primary partner in space.  At AUSMIN this year, in Washington in July, we committed to expanding space exploration cooperation under the Artemis program.  And Dr. Clark and I were just talking about Australia of course, is a founding signatory to the Artemis Accords.

Australia is investing seven billion dollars in space capabilities over the next decade, including investment in sovereign-controlled satellites, and in a sovereign Space Domain Awareness capability.

These will be designated to be complementary to, and interoperable with, the U.S. space surveillance system.

Space-based capabilities are vital for the public—for everyday uses like navigation, communications and entertainment.

And importantly, both the United States and Australia recognize space as a potential “warfighting domain.”

In his address at Rice University more than half a century ago, President John F. Kennedy said that the United States needed to occupy a position of preeminence in space, to help decide whether the new frontier of space would be a sea of peace, or a “new terrifying theater of war.”

And just seven years later, the United States landed Apollo 11 on the Moon, with important contributions from our allies here in Australia.

Today, nations are actively contesting access to space, and are testing and deploying Anti-Satellite weapons launched from Earth and from satellites in space.

With the creation of the U.S. Space Force, we are proving again that we are leaders in space.

To become Space Force officers, Tanya and Mike must separate from their current service, from the Air Force.

But while your tenure as Airmen officially ends, you remain officers of the United States.  As such, I know you are prepared to take that solemn oath to deter, defend, and defeat all threats that face the U.S. and its allies.

And let me just say parenthetically that each time I’ve taken the oath of office, I get a tear in my eye.

I will end by invoking the official motto of the U.S. Space Force, Semper Supra—“always above.”

Congratulations Tanya and Mike, and may you remain “always above.”

Now it is my pleasure to introduce Air Marshal Hupfeld, Chief of the Royal Australian Air Force.