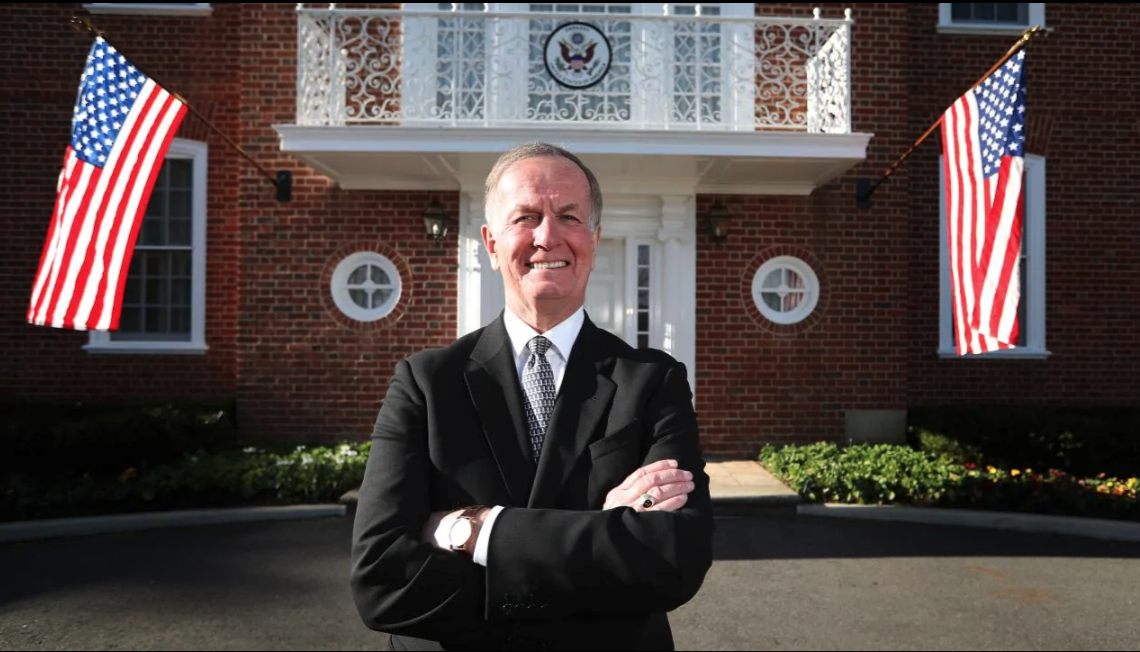 By Ambassador Arthur B. Culvahouse Jr.

As published in The Weekend Australian, November 23, 2020

This week at a dialogue on critical minerals in Washington, DC, Australia and the US agreed to work together as only our two countries can to ensure our security and economic prosperity. The occasion merits reflecting on just how important we are to each other. For more than a century, Australians and Americans have worked side-by-side to extend freedom and opportunity around the world. And we look forward to the next century of co-operation and innovation that will create growth and jobs for our people.

Our two great nations share a commitment to each other’s future in support of a secure and prosperous Indo-Pacific region and a world based on the time-tested values that unite us, such as transparency and free, open societies. Indeed, we welcome the visits of Australian members of parliament to our shores; since I arrived as ambassador, we have seen the greatest number of US members of congress visit Australia since World War II. Our new co-operation on critical minerals just announced in Washington is the latest reminder that the US is Australia’s most important strategic and economic partner. Our ties are very strong. In the past year alone, from the joint military exercise Talisman Sabre and our mutual celebration of the 50th anniversary of the Apollo moon landing last July, to our productive Australia-US Ministerial consultations in Sydney in August, to the Prime Minister’s state visit at the White House in September, and to our new dialogue on critical minerals this week, our bonds are stronger than ever.

These are big numbers, but what do they mean? This investment translates into US companies employing 400,000 Australians, making them the largest foreign employer, paying nearly $30bn in wages and salaries annually in Australia.

In addition, US firms are the largest foreign taxpayers in Australia. US companies also spend around $1bn a year on research and development in Australia, helping Australia create the high-skills, hi-tech, and high-paying jobs of the future. Just as important, the US is the largest destination for Australian investment overseas, reaching a total stock value of $720bn last year. Such investment in the US provides Australian superannuation funds with the strong and steady returns Australians seek as they look ahead to their retirements. The magnitude of these links and what they mean for employment and prosperity in each of our countries demonstrates that the US is truly Australia’s largest and most important economic partner.

As our impressive economic relationship shows, Australia and the US have a proven formula for shared prosperity, which begins with creating an environment that encourages innovation, competition and stable investment in the future. I recently participated in the Indo-Pacific Business Forum on November 4 in Bangkok. I travelled to the forum with a delegation of nine Australian miners, processors, investors, and bankers in critical minerals and related industries. We discussed potential avenues for future collaboration with US Commerce Secretary Wilbur Ross, Australian Trade Minister Simon Birmingham, and Overseas Private Investment Corporation acting president David Bohigian.

The forum showcased our commitment to the power of partnership with private sector investment to create prosperity in the region. Close to 1000 business and government leaders from the US and across the Indo-Pacific region gathered in Bangkok to promote the value of high-standard investment, transparency, rule of law and private-sector-led economic development. Moreover, we demonstrated once again that the US has been and always will be an Indo-Pacific nation.

Through the years we have remained a consistent and trusted partner across the Indo-Pacific. Since World War II, we have invested $2.5 trillion in foreign assistance in the region free of interest and with no provision for repayment. At this year’s UN General Assembly meetings in New York, Secretary of State Mike Pompeo announced $US65m ($95.7m) in new assistance to build a more prosperous future for the people of the region, building on the $US36.5m announced at the Pacific Island Forum in September and the $US350m that US agencies invest in the region each year. Our recent investment supports infrastructure, energy and the digital economy: our three priority sectors under the US Indo-Pacific strategy.

We have pledged to work with partners to ensure they get the best deal on any investment — potentially saving governments and taxpayers billions of dollars by helping review hidden costs in complex contracts. For example, at the Indo-Pacific Business Forum, the US, Australia and Japan together unveiled the Blue Dot Network, a multi-stakeholder initiative that promotes high-quality, trusted standards for global infrastructure development.

Our commitment to the Indo-Pacific through such investment is making a difference from the Mekong to the Pacific Islands and across South Asia. We support a free and open Indo-Pacific that fosters investment and free, fair and reciprocal trade; adheres to transparency and good governance; and advances freedom of navigation and overflight and the rule of law. Freedom of speech and the right to protest are fundamental values and censorship of views by any system of government is wrong — this is not a question of language. These are not just US values. They are values shared by Australia and our friends across the Indo-Pacific region.

Building on our many successes this year, we look forward to what we can do together next year to make our “unbreakable alliance” even more essential in ensuring peace and prosperity for Australians, Americans, the people of the entire Indo-Pacific region, and the world.