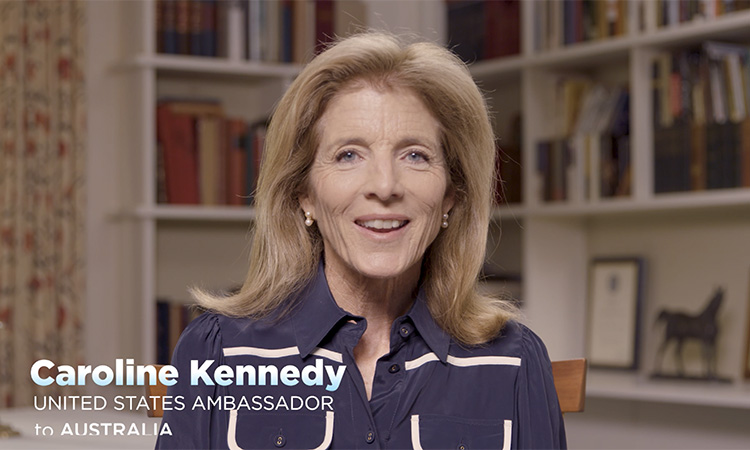 Ambassador Caroline Kennedy will arrive in Australia on July 22.  Ahead of her arrival, the Ambassador has prepared a video statement exclusively for media reflecting on her role as the next U.S. Ambassador to Australia.  Videos and stills are available for media use at the links below.

Ambassador Kennedy’s appointment is another strong affirmation of the Biden Administration’s commitment to the U.S.-Australia alliance at a critical time for the Indo-Pacific region, and will serve to deepen our bilateral relationship at all levels.

Ambassador Kennedy was nominated by President Joe Biden on December 15, 2021, unanimously confirmed by the U.S. Senate on May 5, and sworn in on June 10.