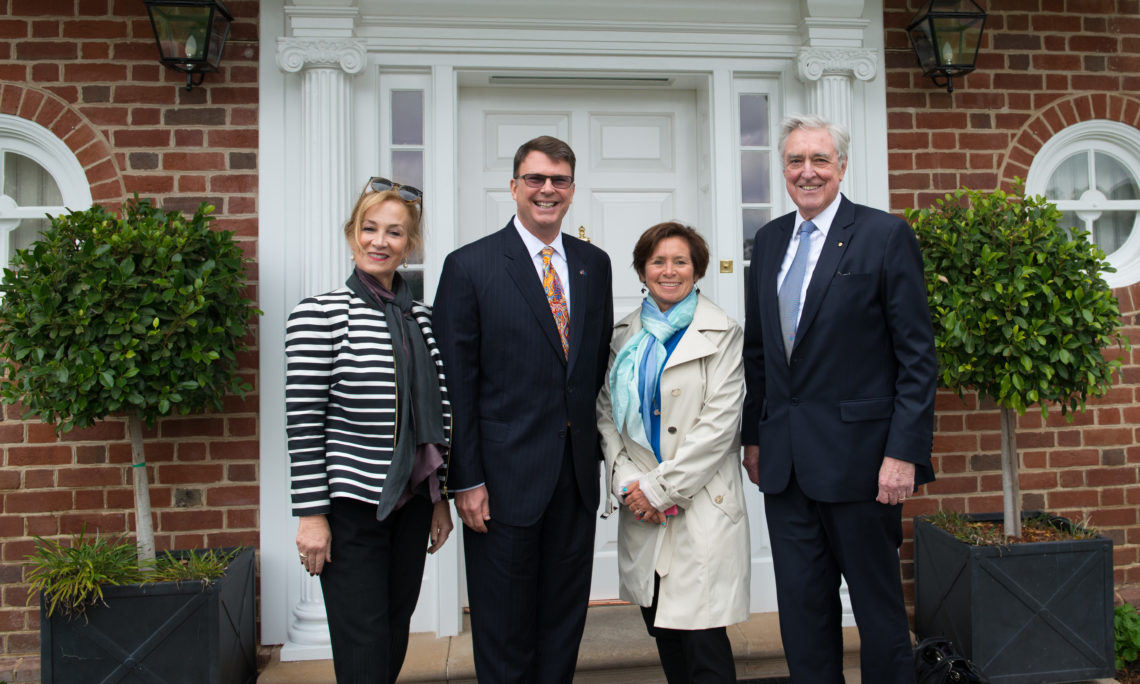 It is a great pleasure to welcome all of you to my home.

Why are you here?

You are here because Albert Einstein was 26 when he published his Special Theory of Relativity.

Because 26 was also the average age in the mission control room in Houston when Neil Armstrong walked on the moon. Neil Armstrong himself was just 38.

Because YLD’s members and alumni are thinkers, doers, and influencers. You sit in boardrooms and in Parliament, often before the age of 30.

You are here because young people can, have, and will change our world.

All it takes is leadership.

And, leadership is what lies at the heart of the United States’ rebalance toward the Asia-Pacific. A rebalance that is now the new normal. In is an indisputable fact that the United States has a rich, deep, and rewarding relationship with the most politically and economically dynamic region on the planet.

And while our leadership is constantly evolving; especially in an election year, the reality is that America is a safe harbor and trusted ally in a turbulent world.

Never was this more obvious than during the successful January visit of Prime Minister Turnbull to Washington, D.C. He and President Obama spoke frankly and substantively for two hours in the Oval Office, and their discussions covered our continued cooperation across the board: from security to energy and the environment; from education to outer space.

Following that visit, Australia has hosted an impressive array of American visitors; among them, numerous three- and four-star generals, the director of the FBI, an official from NASA, and a representative from the Smithsonian. In the first four months of 2016 alone, nine congressional delegations visited Australia for ministerial-level talks on issues ranging from defense to trade to education.

Such a high level of engagement shows that there is no greater leadership in the Asia-Pacific region or globally than that exercised jointly by our two nations.

The United States and Australia are leading the way:

On security and counterterrorism – as two of the biggest contributors to the Global Coalition to Counter ISIL or Da’esh.

On economic growth – as parties to the groundbreaking negotiations that led to the conclusion of the Trans-Pacific Partnership.

On climate change – as key partners in the Coalition of Ambition, which pushed for the strongest possible climate agreement at COP21 in Paris, and succeeded.

I’ll close today with some advice on how to be the leaders your countries need you to be.

Leadership takes compromise. This essential element may seem in short supply as both the United States and Australia are on the cusp of national elections. But, it is important to always remember that no one person or party has a lock on the truth. No one person or party has every solution. True leaders exercise humility. They think through solutions – and arrive at compromises that make the best sense for the country.

Leadership means being true to yourself. Treat others the way you would want to be treated. Follow your values and your passions. Refuse to hold back or be held back –by prejudice, by fear of failure, by cynicism.

Leadership thinks big. The great achievements of this century and the last – decoding the human genome, launching the Internet, beating back Ebola, exploring the universe – began with a single idea, and the bravery to take the first step.

I am looking forward to our discussion today. But first, please join me in welcoming one of your own, AALD’s Phil Scanlan.