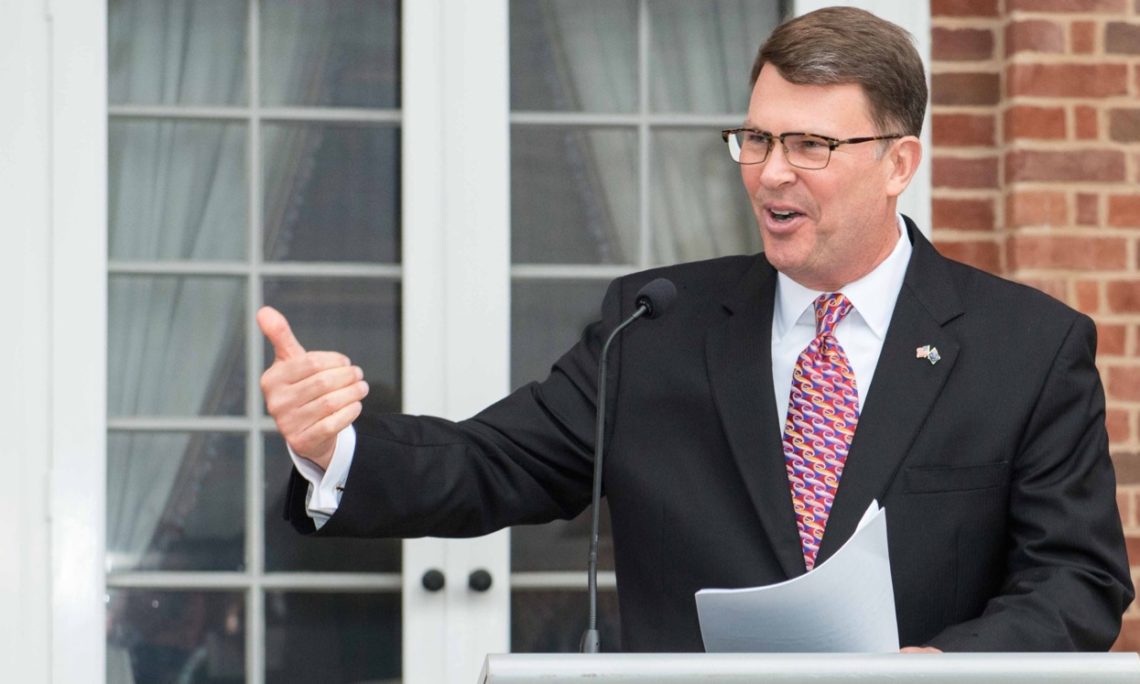 Welcome and thank you for joining us on this important occasion.

I invite you to reflect on some seminal dates in American history.

September 17, 1862, the Battle Antietam; in the midst of the U.S. Civil War, it was the bloodiest single-day battle on American soil; 3,500 Americans lost their lives.

All these days and dates were turning points in the history of the United States and rallying points for our country.

All Americans know where they were on 9/11 as do all Australians and most everyone on the planet.  Prime Minister John Howard was in Washington, D.C. on that day to witness, in his words, “a tragedy and an obscenity of an appalling and repugnant magnitude.”  We are honored that he, and other members of his delegation who were with him on that fateful date in Washington, are here with us tonight.

Mr. Howard, the United States will never forget that your first action upon returning to Australia was to invoke, for the first time ever, the ANZUS treaty.  Then and now the United States is immensely thankful for Australia’s unwavering commitment to the war on terrorism and extremism.

To confront terror, we must use every tool at our disposal. Memory is a powerful tool.

The 9/11 Memorial in New York City reminds visitors of this with an inscription from Virgil: “No day shall erase you from the memory of time.”

We have the responsibility to honor, remember, and treasure the lives and legacies of the 3,000 people murdered on September 11th.  Each has a story.  The National 9/11 Memorial & Museum has taken on the task of telling these stories; of preserving our national memory; of remembering those lost; and of educating future generations.  It is a big task, and I know not one taken lightly.

Thank you to Cathy Blaney and her dedicated colleagues here with us tonight who have traveled so far and who have worked so hard to build and sustain the National 9/11 Memorial & Museum.  They are here because Australians not only shared our pain and grief on 9/11; you also share our duty to honor the memory of those lost.

Many Australians know the story of Mark Bingham, rugby player and one of the heroes who stormed the cockpit of United Airlines Flight 93.  The Bingham Cup, a gay rugby union tournament, is played every two years in his honor, most recently in Sydney.  His story is a lesson in bravery, equality, and comradery.

The stories of the Australians killed on 9/11 are part of the Museum as well.  Australian Yvonne Kennedy is honored at the Pentagon Memorial in Virginia and at the memorial in New York City.  A 25-year veteran of the Australian Red Cross, she was killed toward the end of a trip to Canada and the United States to celebrate her retirement.  Her story is one of compassion, dedication, and commitment.

Australian computer scientist Stephen Kevin Thompsett perished at the top of the North Tower of the World Trade Center. His story is best told through his self-identified core values: “integrity, trust, openness, family, excellence, and teamwork.”

Kevin Dennis from the Gold Coast;

Lesley Anne Thomas from Somersby; and

All have stories and lives cut too short.  We are honored that some of their families have joined us tonight.  Mr. Andre Ferraina, brother of Elisa Ferraina.  Mr. Simon Kennedy, son of Yvonne Kennedy.  Mr. Dirk Van Deinsen and Mrs. Jacqueline Van Deinsen, parents of Lesley Thomas.

Let us now honor their memory with a moment of silence for the victims of September 11th and all victims of terrorism worldwide.  Please join me.

May their memories be a blessing.  May their legacies be eternal.