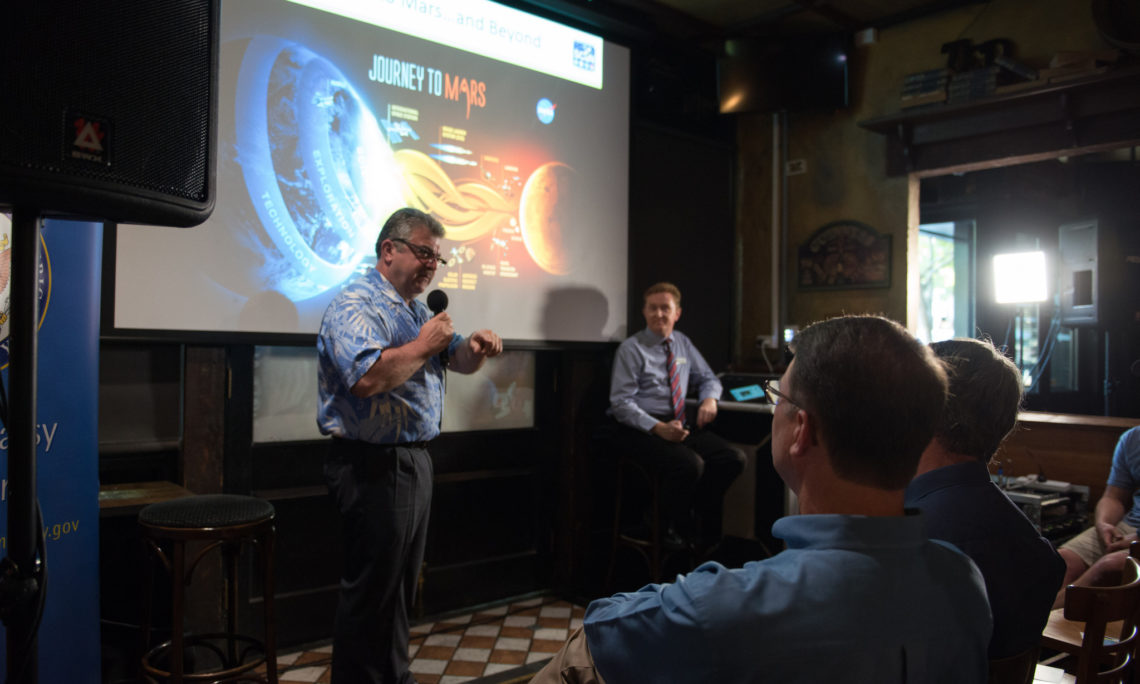 As part of our countdown sequence for this evening, I invite everyone here to imagine traveling in outer space.  Imagine the distance, the speed, the immense horizon. Imagine the silence.  It is the stuff of fantasy turned reality.

However, to travel the universe and to learn from it, humans must break that silence.  What makes space travel and exploration possible is communication. And, for nearly six decades, U.S.-Australia collaboration and cooperation has made this communication possible.

Australian scientists at Parkes received the first images of Neil Armstrong’s 1969 moon walk, and from here the footage of his historic first steps was beamed around the world.  During his visit to Australia last year, NASA Administrator Charles Bolden told me he learned that the rover Curiosity had landed on Mars via a call from Australia.  Those beautiful photos of Pluto we all saw in July resulted from New Horizons communicating with scientists at the Canberra Deep Space Communication Complex. And, a new study released just last month details how CSIRO’s Parkes radio telescope and the Australian Telescope Compact Array helped a team of international astronomers to pinpoint the source of bursts of radio waves – an elliptical galaxy six billion light years away.

The success of all expeditions, past, present, and future – to include the groundbreaking Mission to Mars – depends on the receipt and analysis of vital communications from space. That is the job of NASA and CSIRO scientists – men and women, both Americans and Australians – working here and in the United States.

That is why the satellite dishes at Tidbinbilla – the newest of which will come online this year – are essential to our joint exploration of the cosmos.  NASA’s investment in Australia amounts to $20 million U.S. dollars a year.  As Ambassador, I regularly point to this facet of our bilateral relationship as innovation at its finest.

And, it is innovation that will propel the United States and Australia through the 21st century, and beyond.

Our special guest this evening is Mr. Badri Younes, NASA’s Deputy Associate Administrator for Space Communications and Navigation.  He is responsible for all of NASA’s communications and navigation infrastructure and services, as well as data standards and spectrum.  There are few people on this planet who know more about communicating in and with outer space.

It is my pleasure to introduce our moderator for this evening, Glen Nagle.  Glen is the Education and Public Outreach Manager at the Canberra Deep Space Communication Complex.  He has worked in and around the science education and the space industry for more than 25 years.

And, like me, Glen is a self-professed “space nerd.” We are in good company tonight.