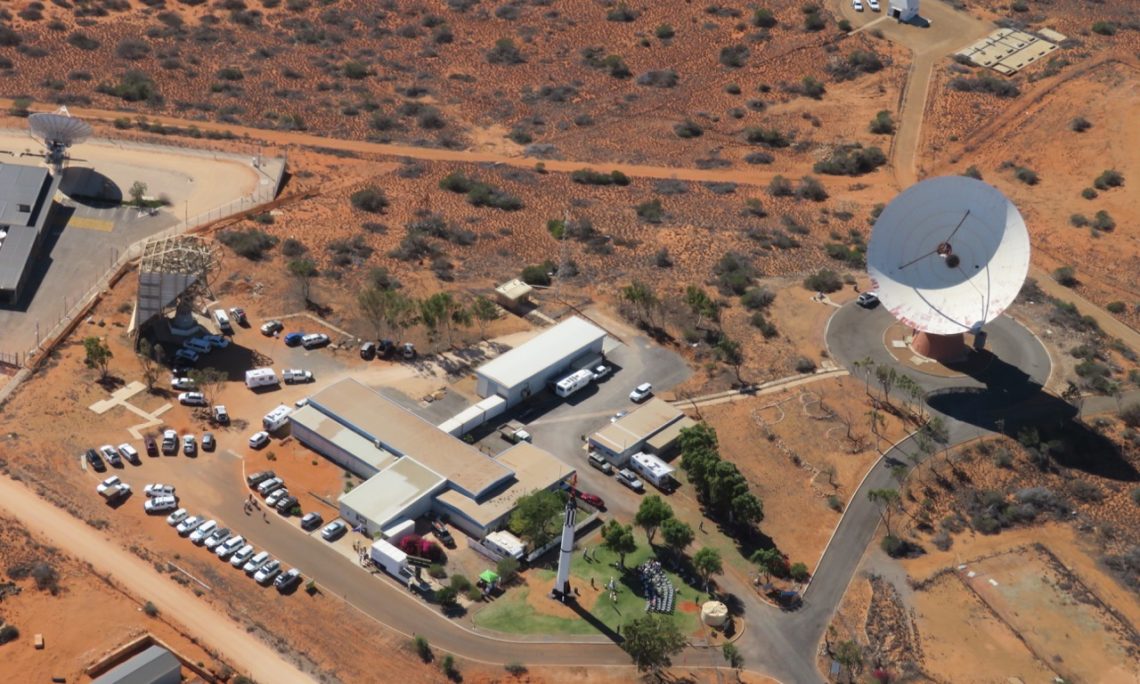 The United States Consul General for Perth Rachel Cooke was among special guests at the Carnarvon Space Festival held on May 19-20, 2018, which saw the opening of a full-size Mercury Redstone rocket replica.

Situated 900 kilometres north of Perth, the coastal town of Carnarvon played a crucial role during NASA space missions with a tracking station built in 1964 to support the Gemini, Apollo and Skylab programs.

The Overseas Telecommunications Commission (OTC) Satellite Earth Station opened in 1966 as part of the global satellite communications system. While the facilities are no longer in use, half a century later the Carnarvon Space and Technology Museum is continuing to celebrate the town’s space legacy.

About 100 people attended the museum on Sunday, May 20 for the formal opening of its new full-size Mercury Redstone rocket replica – a towering 25-meter feature on the museum’s grounds.

Consul General Cooke said NASA has a long history of working with Australians, and the future is likely to see the country’s industry strengthen. She highlighted current projects, including strong research science collaboration with NASA, Curtin University’s Desert Fireball Network research group, and the construction of the Square Kilometre Array project at Murchison, WA.

“NASA has also loaned Woodside Energy one of its Anthropomorphic Robonauts for a five-year collaboration, together exploring how robotic technology could be used to improve safety, reliability and efficiency in the high-risk and remote environments where oil and gas projects typically operate.”

Consul General Cooke was joined at the opening by former NASA flight director Gerry Griffin – who pressed his handprints and signature in cement for the museum – and former WA chief scientist Lyn Beazley.

A number of ‘trackers’ – people who worked at the Carnarvon station – travelled from Perth for the event, and were thrilled to meet Mr Griffin. The feeling was mutual, with the Texan recalling many people’s names from his time at Mission Control.

The Carnarvon Space Festival also included a special screening of “Mission Control: The Unsung Heroes of Apollo,” followed by a Q&A session with Mr Griffin hosted by Ms Beazley.