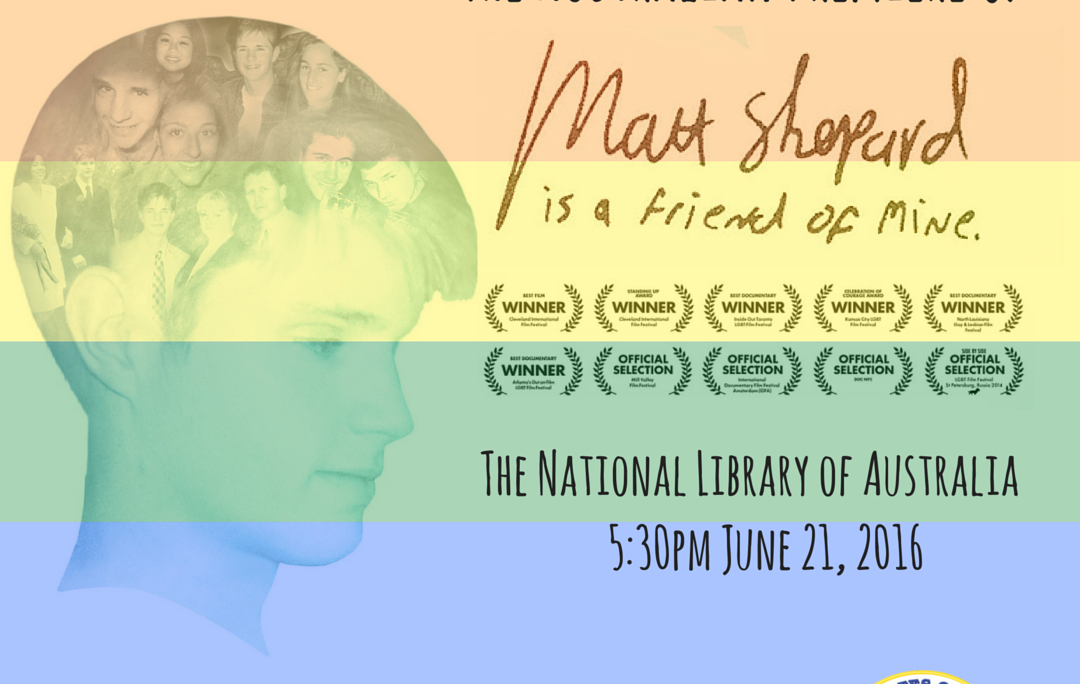 The push for LGBT equality has come so far, but much still remains to do.

As part of #‎PrideMonth, we met with some Canberra friends at the National Library of Australia this week to remember that fact, and to watch ‘Matthew Shepard is a Friend of Mine’ – a moving, documentary tribute to the life of Matthew Shepard, a Wyoming man who was brutally murdered 18 years ago for being gay.

His story touched the world, pushing the global campaign for LGBT rights forward. While Matt Shepard’s story is ultimately a tragic one, the ongoing love and commitment of his friends and family has ensured his memory lives on through the Matthew Shepard Foundation, which advocates for LGBT rights.